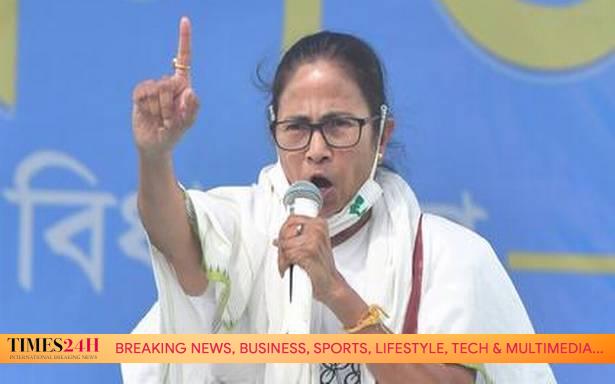 The BJP wants to establish a “one-party authoritarian rule” in India, reducing the State governments to “mere municipalities”, West Bengal Chief Minister Mamata Banerjee said in a letter to the leaders of 14 Opposition parties.

Ms. Banerjee, who is also the chairperson of the Trinamool Congress, urged them to come together to counter the BJP after the ongoing Assembly elections.

Also read | Mamata’s letter to unite Opposition is a sign of win for BJP in Bengal, says Nadda

In her three-page letter, Ms. Banerjee expressed concern about the “series of assaults” by the BJP and the Union government on “democracy and Constitutional Federalism” in the context of the recent passage of the National Capital Territory of Delhi (Amendment) Bill by both Houses of Parliament. Under this law, all policy decisions taken by the elected Delhi government have to be cleared by the Lt. Governor, who is nominated by the Centre, before implementation.

Ms. Banerjee wrote that the Centre had sought to make Delhi Chief Minister Arvind Kejriwal “subservient to the Lt. Governor” because it has been unwilling to accept the people’s mandate, who chose the AAP over the BJP twice, in 2014 and in 2019.

“The National Capital Territory of Delhi (Amendment) Act is a direct attack on the federal structure of the Indian republic as enshrined in the Constitution. It also makes a mockery of letter and spirit of democracy since it disempowers the people of the national capital,” Ms. Banerjee wrote.

This legislation, she wrote, also violated the Supreme Court judgment of 2018, which upheld the pre-eminence of the elected government in Delhi in all matters other than police, public order and land.

Sounding a word of caution, she wrote that this Act was not an exception but was increasingly becoming a rule.

She listed out seven instances of the Centre trying to upstage the State government’s powers. These included interference by the Governors, vindictive use of agencies such as the CBI and the ED, and withholding transfer of funds to the State governments, especially to the non-BJP ruled States.

She pointed out that all the platforms where the State governments could place their grievances had been disbanded, including the Inter-State Council and the Planning Commission.

The BJP, she said, had amassed “unlimited” resources from questionable sources, which it was using to topple duly elected non-BJP governments by engineering defections.

“There is a clear pattern and purpose behind all these developments. The BJP wants to make it impossible for non-BJP parties to exercise their constitutional rights and freedoms. It wants to dilute the powers of the State governments and downgrade them to mere municipalities. It wants to establish a one-party authoritarian rule in India,” she said.

There is a need for a “united and effective” struggle, she said, urging all the parties to come together to draft a plan of action.