The birth rate in Kimchi is alarming and is among the lowest in the world.

This not only affects socio-economic development, but also leads to a shortage of a very important profession, namely an obstetrician and gynaecologist.

One in four hospitals in Korea does not have an obstetrician-gynaecologist or gynaecologist. The delivery room is also in a similar state of deprivation. According to Korea JoongAng Daily, this clearly reflects the country’s record low birth rate.

According to data released by Statistics Korea and the Korean Ministry of Health and Welfare on Oct. 9, 63 out of 250 cities, counties and districts across the country do not have doctors specializing in obstetrics and gynecology born by the end of 2021.

In June 2011, the corresponding number was 51. Most of the area is located in the suburbs, where the population crisis is most acute. The number of hospitals handling births has fallen from 1,027 in 2007 to just 474 last year. 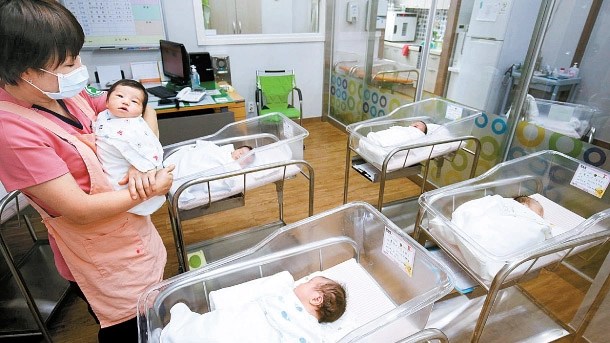 Obstetricians and gynecologists are increasingly scarce in Korea.

The number of obstetricians and gynecologists working in birthing rooms in South Korea fell by 38.1% from 777 in 2011 to 481 last year. In 2004, 1,311 doctors were employed in the delivery room across the country.

The data shows that 20 rural areas have no midwives at all, numbering only 16,000 to 52,000 inhabitants and still shrinking.

According to a 2019 survey by the Korean Association of Obstetricians and Gynecologists, 57% of students majoring in obstetrics and gynecology said they have no intention of pursuing this profession once they are licensed to practice.

Rural women often have to spend more than an hour in an ambulance to find a doctor to deliver the baby, which can easily endanger the life of the baby and the mother.

Find a way to solve the situation

South Korea is trying to reverse this trend by providing 1 billion won financial support to open obstetrics and gynecology clinics in patient-free areas, but the grant has not yet worked significantly.

Instead of trying to build more gynecology clinics, the government should think about better ways to support pregnant women, said Lee Sang-lim, a researcher at the Korea Institute of Health and Society. For example, there is a program of regular health checks and collaboration with public health centers and local fire departments to build a first aid system for children “.

The average fertility rate for Korean women in 2021 is 0.81 children per person, almost half the average of 1.59 in other OECD countries. This is less than last year and breaks the world record for a low birth rate.

These are data released by the Korea Census Bureau in August, with the country facing the prospect of more than halving its population by the end of the 21st century.

South Korea is known for its industry-leading medical coverage, but the country suffers from a shortage of surgeons, midwives and pediatricians as many medical students now move into fertility-sensitive fields and have more jobs such as dermatology and plastic surgery.

According to the Korean Pediatrics Association, only 38.5% of the country’s 96 major hospitals are able to operate 24-hour pediatric emergency rooms, while more and more hospitals are closing their pediatric wards or only accepting patients during the day.

At this rate, we could see the pediatric care system coming under severe strain within the next two to three years, said one medical professor.

The same goes for the obstetrics department. Hospitals can currently only fill 60 to 70% of the quota, while medical students find the birth rate low and the risk of lawsuits high, so they move to other areas.

The Korean Association of Obstetricians and Gynecologists is calling on the state to support any compensation for medical accidents not caused by negligence during childbirth.