A flight of national flag carrier of Vietnam Airlines carrying a group foreign tourists from various countries arrived in the central city of Da Nang on November 17.

Thay are the first foreign tourists arrives in the country, 20 months after Vietnam suspends entry of international visitors due to COVID-19 pandemic.

###: Vietnam’s Hoi An to welcome over 400 American tourists in the next few days

The flight departed from Seoul, the Republic of Korea and landed at the Da Nang International Airport.

This is the first wave of foreign tourists to the country in nearly 20 months since the Southeast Asian country closed its borders to foreign tourists due to the COVID-19 pandemic, according to Government News Portal.

Earlier this month, Vietnam’s Government agreed with a sandbox roadmap to reopen borders to foreign tourists. 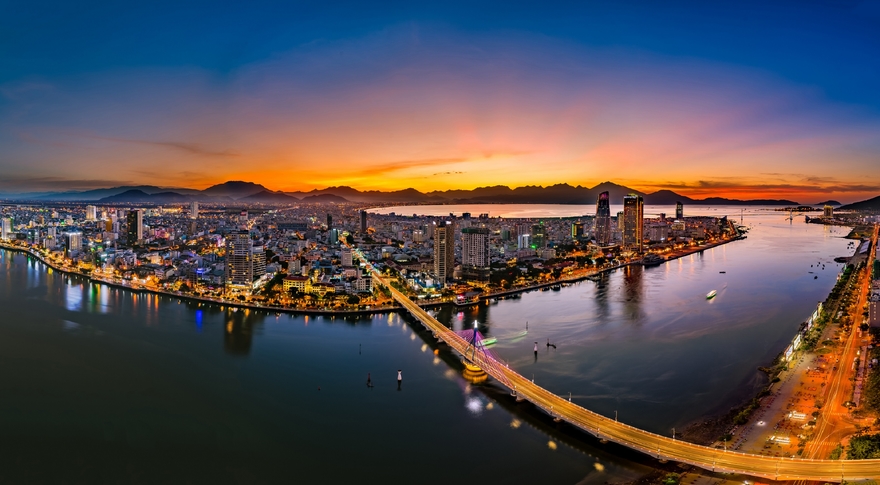 Da Nang is an evolving city in central Vietnam offering fabulous beach resorts, and some of the most incredible beaches in Vietnam

According to the roadmap, which proposed by the Ministry of Culture, Sports and Tourism, in the first phase, foreign tourists are welcomed to the following four destinations, namely Phu Quoc island of the southern Kien Giang province, Khanh Hoa, Quang Nam, Da Nang, and Quang Ninh.

More destinations will be chosen for the pilot policy from January next year.

Eligible tourists shall be required to have received two COVID-19 vaccine shots or recovered from the disease within the past 12 months before arriving in the country.

In addition, they must show proof of a negative RT-PCR or RT-LAMP test result taken within 72 hours before departure, the Vietnam Government News Portal reported.