How To Export Vietnamese Lychees To New International Market?

The northern provinces of Hai Duong and Bac Giang are the two main areas for litchi production, which expected Vietnamese litchi to make a global name thanks to its world-class quality, according to Vietnam News Agency.

The data shows that Hai Duong Province has more than 9,000 hectares of lychees and produces 60,000 tons per year. About 50 percent is consumed domestically, 40 percent exported to traditional markets and 10 percent to high-end markets.

“Our local lychees are grown in accordance with VietGAP and GlobalGAP standards. Remarkably, 189 Planting Area Codes (PACs) have been assigned to many places with a total allowable area of ​​1,200 hectares,” said a local official.

The chairman also said the province will focus on expanding the export-only lychee growing areas to add more value to the fruit and meet the growing demand from foreign markets.

Phan The Tuan, vice chairman of the Bac Giang People’s Committee, told the reporter that the province has the largest lychee-growing area in the country at over 28,000 hectares. Bac Giang’s litchis are the first Vietnamese product to receive PGIC in Japan and are eligible for trademark protection in eight countries. 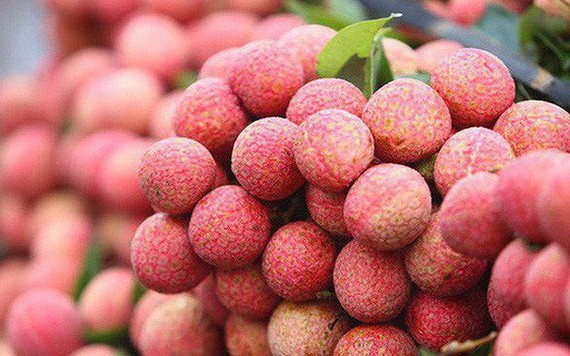 Bac Giang Province will continue to boost lychee exports to high-end markets and seek to enter new markets, including Canada and Thailand, the vice chairman said.

Saadi Salama, Palestinian Ambassador to Vietnam, emphasized that products sold in the Middle East normally have Halal markings on their packaging, indicating that the products meet Halal standards.

He hoped that more Vietnamese lychee-derived products would be Halal labeled to expand its position in the market so that more foreign consumers can enjoy the fruit.