How Disney parks have celebrated Halloween over the years

Every Disney park around the world throws its own unique Halloween celebration, but most started much smaller than what you see today.

Insider spoke with Graham Allan, coauthor of the Disney Editions book, “Holiday Magic at Disney Parks: Celebrations Around the World from Fall to Winter,” to learn more about how the holiday has evolved at the parks.

At one time, Halloween wasn’t considered a family-friendly holiday and wasn’t celebrated in a big way at
Shanghai Disneyland was the last park to join in celebrating Halloween, throwing its first party in 2017.
Visit Insider’s homepage for more stories. 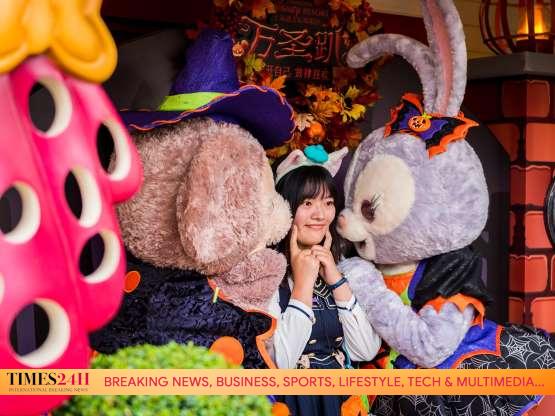 Over the past 60 years, Disney has learned a thing or two about throwing a party. But the early days of Halloween at Disney were nothing like what you can experience at its parks around the world, though this year’s celebrations have been modified due to the pandemic.

“Holiday Magic at Disney Parks: Celebrations Around the World from Fall to Winter,” a new book from Disney Editions, includes photos of Disney’s past and present Halloween festivities along with historical resources from the Walt Disney Archives.

Insider spoke with the book’s coauthor, Graham Allan, whose day job is in studio operations for Walt Disney Studios, to learn more about Halloween through the years at Disney parks.