Honor’s flagship phone series, dubbed as the Magic 3, gears up for its launch date next month.

As its debut is nearing, some reports claim that the upcoming smartphone will be featuring a Snapdragon 888 Plus, an OLED screen display, and a lot more. 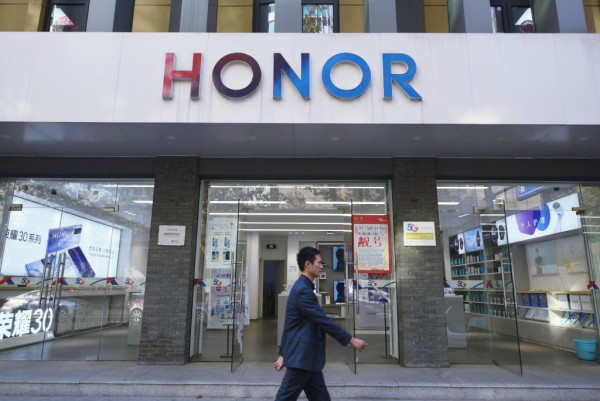 (Photo : by Long Wei/VCG via Getty Images)
HANGZHOU, CHINA – NOVEMBER 10: A passenger walk past a Huawei Honor store on November 10, 2020 in Hangzhou, Zhejiang Province of China.

It is worth noting that recently, last June 25 to be exact, the Honor 50 Series was unveiled to the public, highlighting that it will adopt support for Google apps this year.

However, the latest release was the mid-range series of the Chinese phone maker, which flaunted both Honor 50 and the Honor 50 Pro.

Notably, both devices only sported the mid-range Qualcomm Snapdragon 778G processor chip, paired with a Hunter Boost and GPU Turbo X to improve the overall performance of the budget devices.

But this time around, Honor is releasing their flagship line-up, which boasts tons of top-end specs.

As per XDADevelopers, some rumors predicted that the flagship launch date is happening anytime in August, which the company echoed in the debut event invitation.

To be precise, the Chinese phone maker invited the press to an event that will launch the next Honor Magic 3 series. Of course, the invitation included the launch date and time of the flagship line up, which is on August 12 at 12:30 PM Beijing Standard Time or BST.

The launch event will stream at the global website of Honor, as well as other major streaming platforms.

Aside from the launch date of the Honor flagship, the Chinese company also teased an image of a giant camera sensor as the header background of the press invite.

Such a move could further raise the possibility that the shooter of the Magic 3 series is getting a significant upgrade.

The camera sensor image aside, Honor did not disclose any more specs that the upcoming line-up is likely to sport.

Nevertheless, the Chinese phone maker announced on June 29 that the next flagship device is indeed getting the top-of-the-line Snapdragon 888 Plus as its processor, NotebookCheck reported.

The plus variant of the current Qualcomm chip outperforms the plain Snapdragon 888 due to the 5% speed boost that the ARM Cortex-X1 core brought.

Read Also: Huawei ‘Honor Play 4 Pro’ Can Screen for Coronavirus; Other Features You Need to Know

The only thing that the Chinese phone maker has confirmed specs-wise is the chipset of the upcoming series. However, some leakers have already predicted what is coming to the Magic 3 series.

A leaker who goes by the name Digital Chat Station leaked via Weibo that the Honor flagship is likely sporting a 6.76-inches of OLED display, flaunting a 2772 x 1344 QHD+ resolution.

Meanwhile, the leaker further claimed that the phone is possibly featuring a 66W/100W fast charge.

A separate leak by a South Korean outlet suggested that Honor will be sporting Samsung’s Ultra-Thin Glass Layer for its upcoming foldable device.