Hisense is bringing the first dual-cell LCD TV, which is expected to compete with OLED, to the United States. It will exclusively be available on Hisense at a hefty price of $3,500 — it has been the common case for new technology on TVs.

China-based Hisense is bringing the dual-cell LCD TV technology to the U.S. for the first time. It will be in the form of a 4K resolution and 75-inch-sized TV, CNET reports. 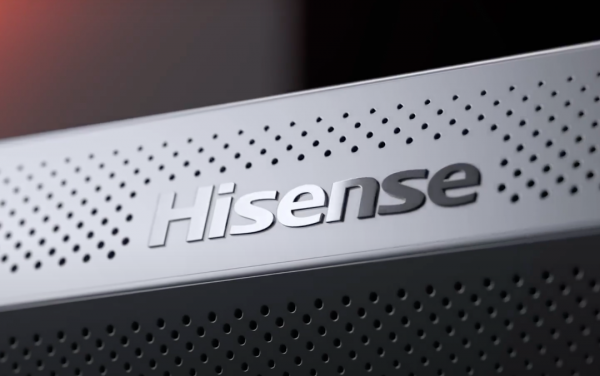 (Photo : Hisense)
Hisense is bringing the first dual-cell LCD TV, which is expected to compete with OLED, to the United States.

Read Also: LG Rollable TV Possible Price: 4K Resolution and Other Specs; How to Buy It in the US

What is a Dual-Cell LCD?

It is, as the name suggests, a TV with two-layer panels.

More specifically, TechRadar explains, it utilizes a ‘luminance layer’ under the grayscale panel. In that sense, it outputs a colored image and a black and white image at the same time. Therefore, the deeper blacks and contrast enhance the overall visual experience.

If you’re consistently present at the CES, dual-cell isn’t new to you. But, to note, Hisense is the first brand to bring the new tech to the American market. They are brave enough to do so.

In case you missed it, Hisense opted out from the CES earlier this 2021. Thus, we’re only getting details about price, specs, and size now.

Furthermore, the dual-cell LCD TV is set to be shipped this summer, CNET said.

Other 2021 Hisense TVs to Look Forward

Aside from the new LCD TV, Hisense also announced the rest of its wide range of TV lineup for the year. It even includes a Roku TV in 8K resolution, and a 120-inch Laser TV!

If you’re wondering, Hisense is now the fifth selling TV brand in the U.S., according to TechRadar. The brand’s feat may be attributed to its range that offers great value.

Here are the other TVs that will complete this year’s lineup.

To start, the TV with the dual cell technology, U9DG is the highest-end. It may be priced heavily, but justified for its technological advances that improve the viewing experience. To add, it is only available in 75 inches.

As mentioned earlier, one of the TVs will have a Roku named U800GR, also sized at 75 inches. Moreover, it is Hisense’s debut of an 8K TV that packs a whopping 33 million pixels. It would also feature Dolby Vision and Dolby Atmos.

An older TV of Hisense, the 55H9F has been considered as one of the best gaming TV today.

On the other hand, the Laser TV with TriChroma was first hinted at in January of this year. It will, indeed, be part of the 2021 line up priced at $4,999

Related Artice: CES 2021 TV Lineup: Sony, Samsung and LG Getting Ahead of the Game