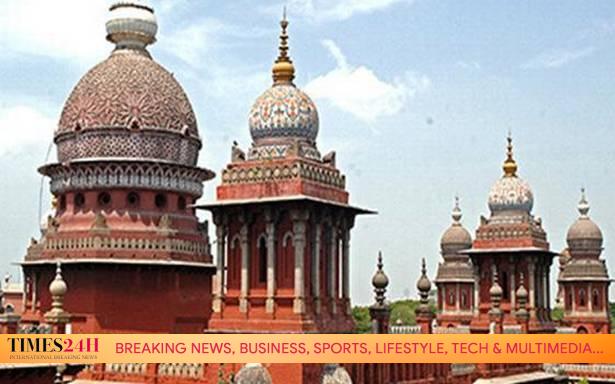 Madras High Court on Wednesday directed the Greater Chennai Corporation to exhume the body of a neurosurgeon, who had died of COVID-19 in April 2020 from a cemetery at Velangadu near New Avadi Road here and re-bury it at a Christian cemetery in Kilpauk.

The body could not be buried at Kilpauk immediately after death because some “anti-social elements” objected to it and indulged in violence last year.

After being transported from one cemetery to another during night hours since there were objections by the locals who feared the virus, the body was finally buried at Velangadu cemetery used by people following a different faith. Pained at her husband’s mortal remains not having been laid to rest at the right cemetery, the surgeon’s wife had approached the court with a plea to exhume the remains and re-bury them at Kilpauk.

While issuing the direction to the Corporation, Justice Abdul Quddhose said there was a legislative vacuum in the country on exhuming bodies that had been buried at inappropriate places and ensuring a decent re-burial after performing all religious obsequies as desired by the family members of the deceased, the Madras High Court said on Wednesday. It added that the constitutional courts could fill the gap as an interim arrangement until the legislature fills the vacuum.

Finding force in submissions made by senior counsel Ravi Kumar that there was absolutely no medical evidence anywhere in the world of a person having got infected with SARS CoV-2 after being exposed to the body of a person who died due to COVID-19, the judge said neither the World Health Organisation nor the Centre had spoken about the infection spreading from bodies.

After finding that Ireland’s Local Government (Sanitary Services) Act of 1948 provides for certain safeguards with respect to exhuming bodies and re-burying them, the judge decided to adopt those guidelines for the exhumation of the surgeon’s body. He ordered that a health officer, to be nominated by the Commissioner, should supervise the exhumation process with due respect to the dead and with due care to public health.

During exhumation, the officer must ensure that the correct grave was dug and no damage was caused to the neighbouring burial plots. Disinfectants and disposable protective clothing must be provided to the workers and the clothes must be disposed of safely thereafter. The site should be cordoned off and screens placed to block public view and the entire process of exhumation and re-burial must take place early in the morning, the court ordered.

He ordered that all COVID-19 protocols must be followed, and that police protection must be provided at the site of exhumation as well as the site of re-burial. The entire process should be recorded on video, he said.

The orders were passed after rejecting the objections raised by GCC on the ground that the WHO guidelines did not specify the reasons for which the body of a COVID-19 patient could be exhumed.