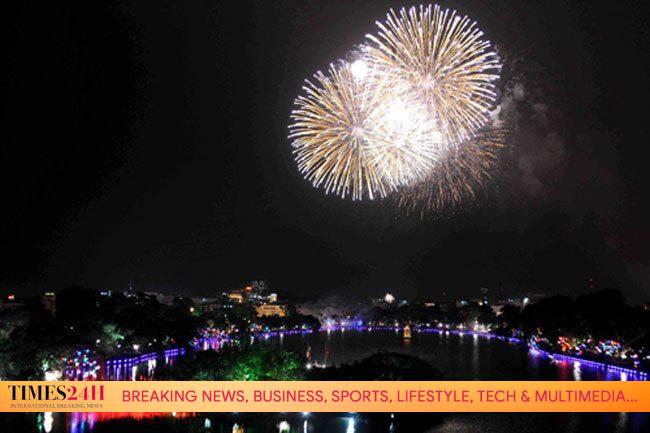 HCMC – The Hanoi Party Committee, at a meeting on February 2, decided to cancel a plan to set off fireworks in 30 districts and towns in the city and came up with an alternative plan to display high-altitude fireworks for the upcoming Lunar New Year’s Eve without gatherings due to the Covid-19 outbreak in the city.

The fireworks display will be broadcast live on television. The city is seeking a suitable venue for its high-altitude fireworks performance, the local media reported.

In addition, the city is analyzing the situation to decide if other events and activities for the Lunar New Year holiday can be held.

According to the municipal Party Committee, since late last month, the pandemic has shown complicated developments in the city. The city has had 21 Covid-19 patients linked to hotspots in Quang Ninh and Hai Duong with complicated traveling and contact history, posing a high risk of wide transmission.

Moreover, 10 areas in the city have been put under lockdown.

Therefore, the committee has ordered the strict employment of pandemic prevention and control measures.

However, the coordination between some agencies sometimes remains slow and ineffective, while some residents are still unaware of the danger of the new variants of the virus and have failed to comply with regulations on pandemic prevention and control, according to the committee.

The Hanoi Party Committee required all agencies and individuals in the city to determine the fight against Covid-19 as the most important and urgent mission before, during and after the Lunar New Year holiday.

COVID-19 surge: Centre to carry out detailed daily mapping of sources for supply of medical oxygen