Google gives your streaming experience a boost as Chromecast with Google TV gets an update before April ends. It improves Wi-Fi and Bluetooth connectivity, and more HDR controls to complement the new HDR10+ certification.

The surprising update is large, totaling 166MB, with tons of improvements, according to The Verge. 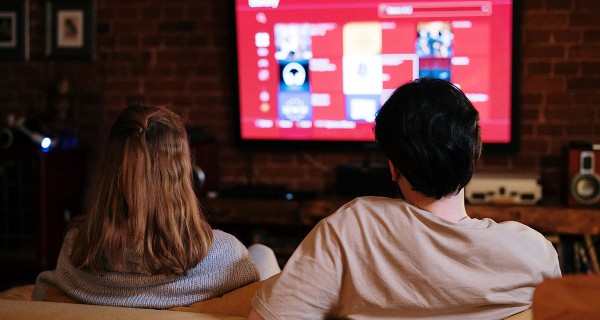 (Photo : cottonbro from Pexel)
Google is giving your streaming experience a boost

The Verge reported that after updating your Chromecast, you’ll be delighted with a new menu settings that lets you tweak the HDR and color options. Not just that, there are several resolutions and refresh rate to choose from too:

But who would want to go lower than 4K 60Hz? If you need to, there are now more options.

These granular controls might not matter if the bugs in Wi-Fi and Bluetooth connectivity persists. Google also fixed these reliability bugs.

In a report by Android Central, you may now say goodbye to the stuttering problems with Bluetooth audio that ruins your binge-watching. If you’re on a 5Ghz Wi-Fi or a Mesh network, good news, expect better stability on the new update.

The complete list of improvements on the latest Chromecast update is listed below:

Before the new software update, Chromecast, alongside Roku, gained an HDR10+ certification. It joined the growing list of streaming devices that support it, 9to5Mac reported.

The Roku Express 4K+, Roku Express 4K, and Roku Ultra, along with the Chromecast with Google TV enabled the HDR10+ option, Engadget said in their report.

Chromecast now supports both Dolby Vision and HDR10+. While the former is widely used on TVs, the latter is only available on select. According to Engadget, it includes both Samsung, the brand behind the new technology, and Panasonic.

A few apps on Chromecast support the HDR10+, namely, Youtube, Google Play, Amazon Prime, and Paramount. Hopefully, this list will add up.

According to Engadget, this update will give a better viewing experience. They can enjoy more vivid colors, brighter whites, and deeper blacks.

Since Chromecast with Google TV launched last year, built-in apps have been growing. Some of the apps are Netflix, Disney+, Youtube TV, Hulu, and Prime Video.

Last month, on February 18, as awkward as it sounds, Apple TV became available to Chromecast with Google TV, The Verge reported.

Apple TV is also integrated with Google Assistant, The Verge said in a report. It lets you watch the former’s originals like The Morning Show, Cherry, and Greyhound via voice command. These shows also appear in Google TV search results and recommendations.