In the past two weeks, many tourists to Phu Quoc (Kien Giang) have seen a lot of garbage appear on the beaches from Ganh Dau to Duong To and Duong Dong district.

Social networks also appear a lot of pictures of garbage on the beach of Phu Quoc. In particular, in an article by Travel + Leisure magazine that ranks Phu Quoc in 14th place in the top 25 islands in the world, many social media users claimed that this place has a lot of garbage.

A female tourist in Vinh Long said she was itching while bathing in the sea on the afternoon of Oct. 8. This person thinks that the sea water is not clean because the waves push waste to the shore, this woman has not been in the sea for the past 2 days.

As noted by Zing, local authorities have put up many propaganda signs about environmental protection along the main roads in Phu Quoc. However, the opposite is that tourists who come to Phu Quoc nowadays are very afraid to go to the sea to bathe because of garbage.

In the past 5 days, the sea of ​​Phu Quoc has had strong winds and big waves. In the area from Duong To commune to district 7 of Duong To ward, waves push a lot of moss and nylon bags, plastic bottles, foam boxes… to the shore. 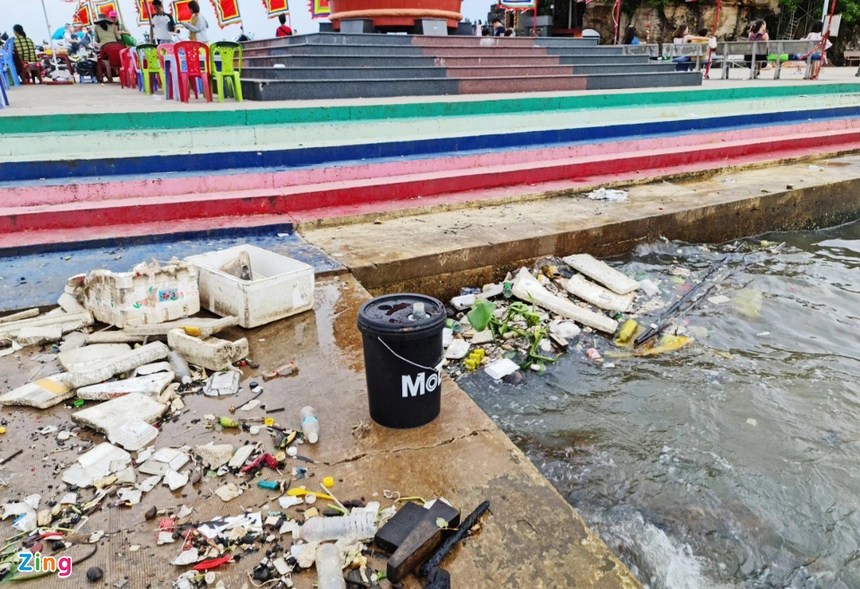 In the area near Dinh Cau towards the lighthouse station in Duong Dong district, many local children go to the sea to bathe every morning and afternoon. It has a lot of reefs, but no garbage. However, about 300 meters away, there is a lot of garbage on the side of the park opposite Phu Quoc City Police.

“When I went to this park to eat noodles for the past three days, I saw a lot of garbage under water. Most of the waste here consists of boxes, styrofoam and plastic bottles,” says a tourist from An Giang.

Going out to pick up trash

According to Mr. Pham Van Sy, owner of Free Beach Phu Quoc Resort, a lot of garbage has appeared on the beach in recent days as the southwest monsoon pushes garbage from the sea onto the beach.

“Every year from May to October, the southwest wind pushes the waste along with the seawater from Ganh Dau to An Thoi. In the northeast monsoon season, the sea here is beautiful for about 7 months,” says Mr. Sy.

Mr. Huynh Quang Hung, chairman of the Phu Quoc City People’s Committee, also said that the southwest monsoon is pushing waste from Thailand and Cambodia to Phu Quoc. According to Mr Hung, tourists also see garbage on the beach because the collection is not on time. 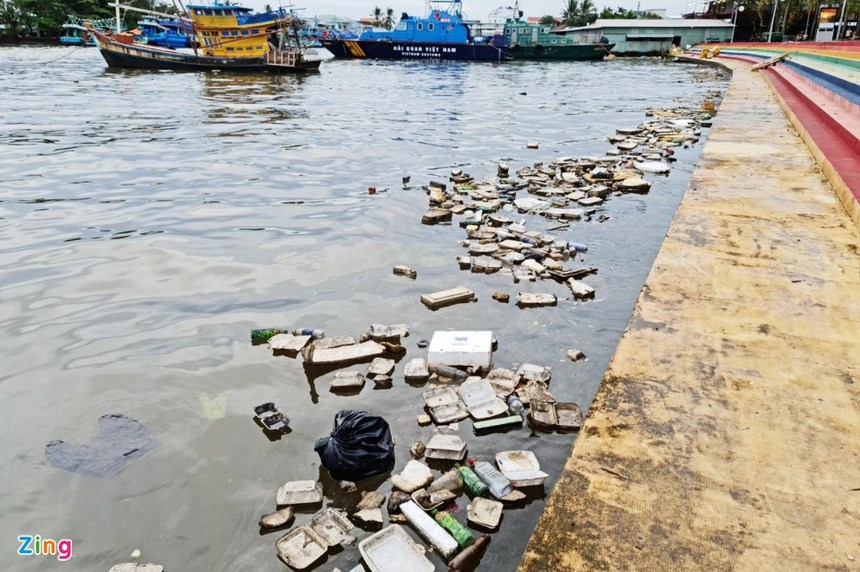 Mr. Huynh Van Dinh, head of Phu Quoc’s Natural Resources and Environment Department, also confirmed the same, saying that waste is discharged from ships sailing at sea and from Cambodia.

“On the first Saturday of the month we all go out to collect waste, the rest of the days is the work of the Rijkswaterstaat forces. The deployment of high-powered garbage collection service is intended as propaganda for people to get involved,” said Mr Dinh.

Phu Quoc currently has a pilot operation of a waste treatment plant in Ham Ninh Municipality with a capacity of 60 tons/day. This installation increases its capacity to 100 tons/day and is mainly incinerated by incineration.