Fish sauce is the soul of Vietnamese cuisine

But according to author Chris Dwyer, the process of making fish sauce isn’t “comfortable” because of the pungent flavor that comes from anchovies fermented for an entire year in large wooden barrels.

However, that doesn’t stop thousands of curious tourists every year from finding a traditional fish sauce production unit on Phu Quoc Island.

This unit has been in the fish sauce business since the 1950’s and has a reputation as one of the top producers on “Pearl Island” where many Vietnamese claim to have the best fish sauce in the country.

Go for the original taste

According to the chef of one of the most luxurious resorts on the island of Phu Quoc, they serve many wonderful Vietnamese dishes to visitors, such as seafood, pomelo salad or fried lobster, served with greenery, largely supported by its unique taste and excellent umami – the signature salty taste of delicious local fish sauce.

And the taste of fish sauce is present in most Vietnamese dishes such as pho, spring rolls, broken rice, banh xeo, rice pot and many more.

How is fish sauce made?

The main ingredients in fish sauce are anchovies (black anchovies) and small white anchovies. They account for about 95% of the fish used. Larger fish such as sardines and herring make up the rest.

Traditionally, fish was caught in the sea around Phu Quoc, but today most of the fish is caught from Tho Cho Island, about 112 km away. They are caught every year during the rainy season, from April to September. 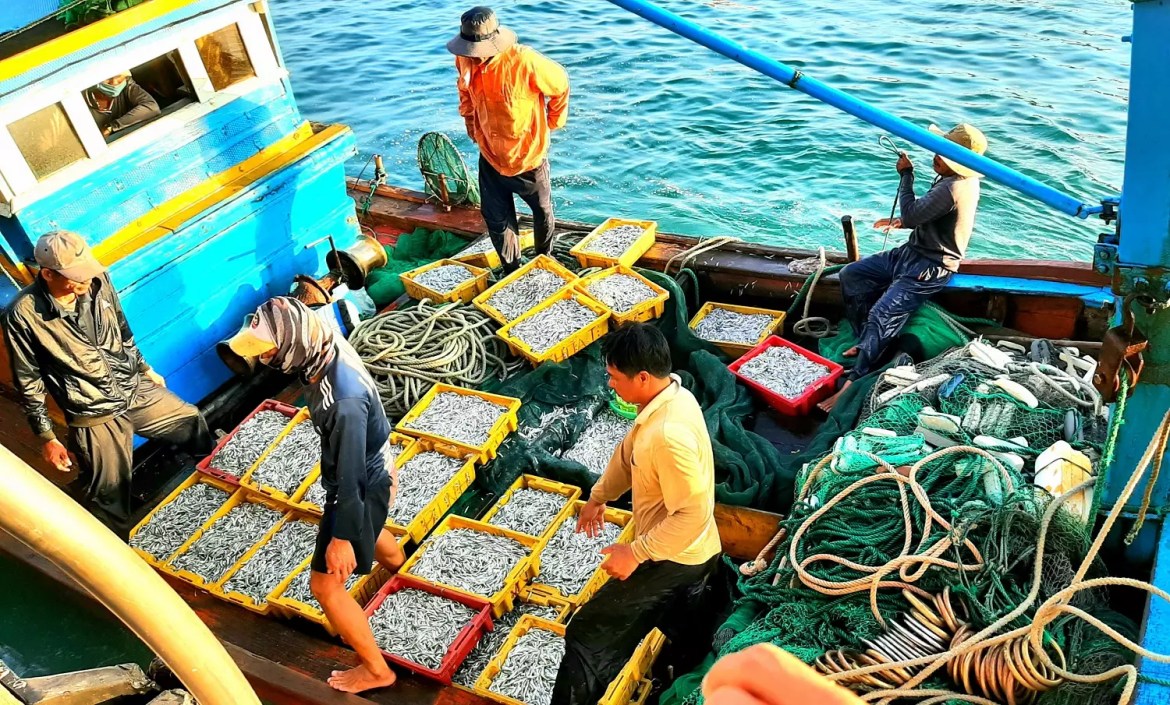 Fish sauce producers have their own fishing boats, which allows them to monitor the entire production process. Once the fish is caught, it is drained directly onto the boat, then salted and stored, meaning fermentation begins using the freshest fish possible.

They use salt from the southern coastal province of Ba Ria-Vung Tau and add the ratio of one part salt to four parts fish.

When the fishing boat comes ashore, wharf staff will bring back approximately 200kg of fish and mix them together in their own tanks.

Previously, fish sauce vessels were handmade from sua wood, a tree that grows in Phu Quoc National Park, but due to the many risks, this wood had to be imported from Cambodia. Some have compared the importance of wood to the important process of making fish sauce, such as oak barrels for aging, bringing out its unique flavor. 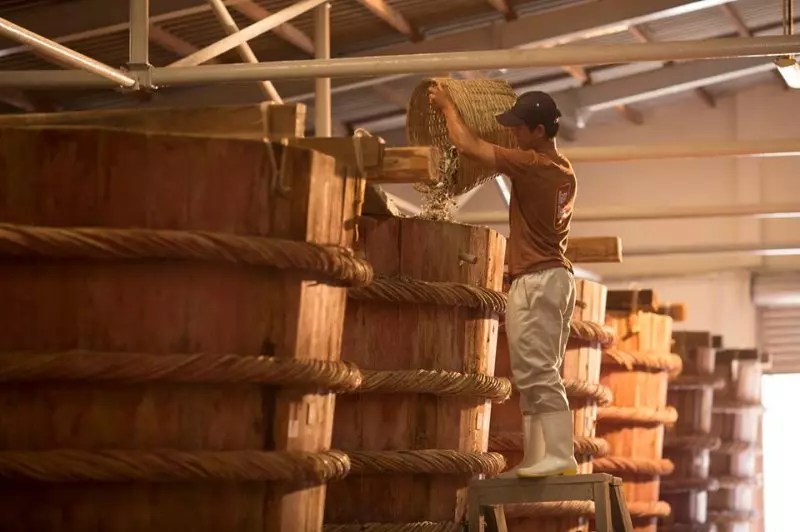 The gigantic crates are made of 54 wooden slats, tied by hand with rattan fiber. It took two skilled male craftsmen up to three weeks to make such a wooden box.

After the vessel is filled with fish and salt, the craftsman stirs the mixture and then begins to compress and push it down by stepping on it.

Over the next year or so, the liquid that came out of the fish was poured back into the tank — but most importantly, there was no further excitement. This is the difference in fish sauce production in Phu Quoc compared to other provinces of Vietnam. 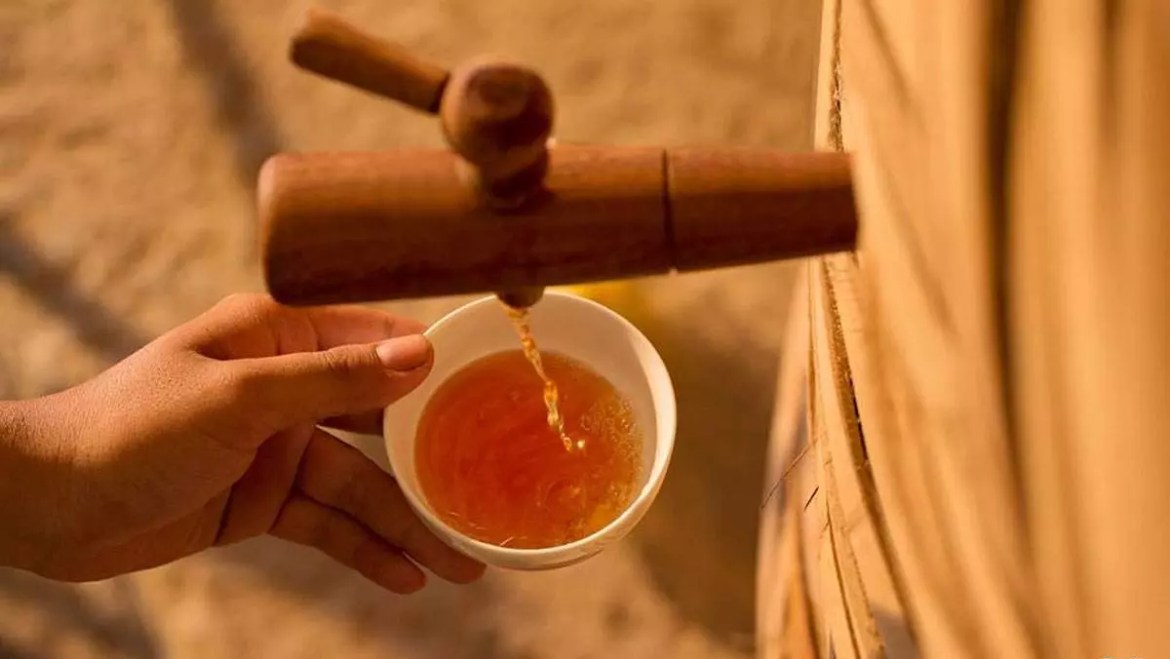 Workshop workers always check the ingredients, taste the fish sauce to decide when a batch is brewed.

Part of the secret in Phu Quoc fish sauce is a unique combination of environmental factors, including humidity and the right temperature, so that the amount of the mixture is gradually reduced to between three and four thousand liters of fish sauce per barrel.

The final stage is to send a sample of the fish sauce to a lab to evaluate its density, which is measured by nitrogen, a byproduct of fermentation.

There are more than 70 different fish sauce manufacturers on Phu Quoc Island. Most of their products have a higher nitrogen content than the market, so the taste will be stronger.

If you are looking for the most expensive and prized fish sauce, it is the fish sauce that is drawn straight from the virgin pressing of a single barrel, undiluted and unmixed, also known as “nhi fish sauce”. Some people call it “super pure fish sauce”.

A fan of fish sauce, Spanish chef Bruno Anon said: “Fish sauce is the national soul, the national essence of the Vietnamese people, which sets the cuisine of this country apart from the rest of the world. With every Vietnamese meal, the bowl of dipping sauce is what unites everything on the table.” 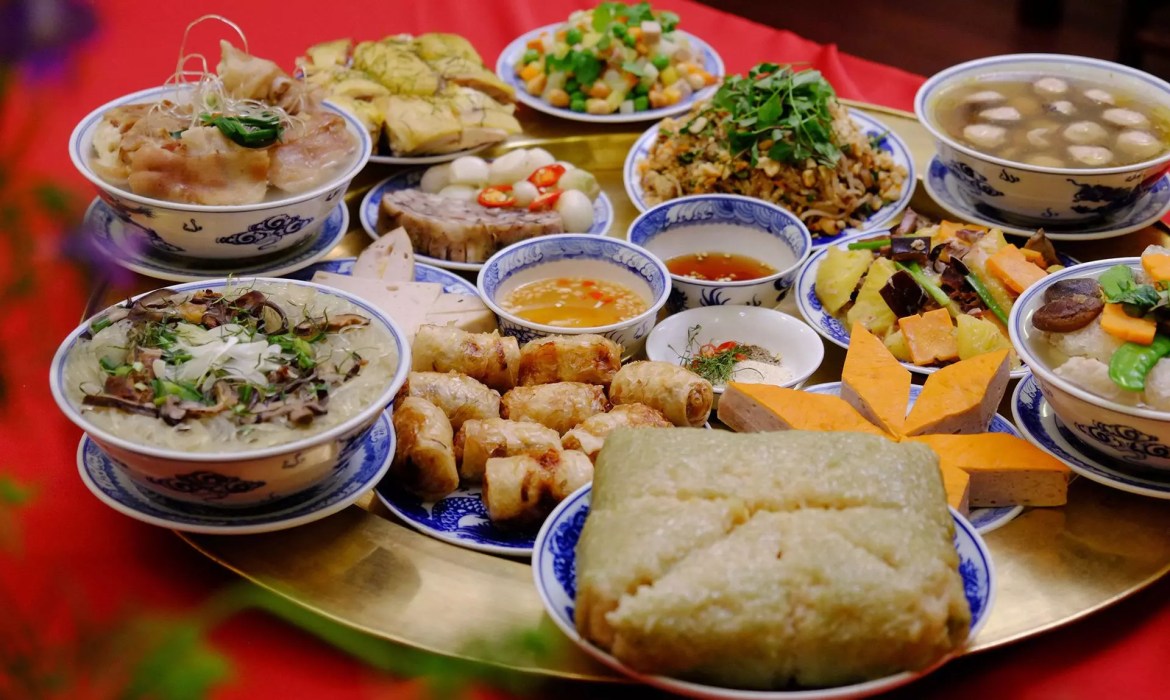 Mr. Anon explained that fish sauce has many layers of flavor.

“It would be one-sided to say that fish sauce only tastes fishy or salty. Quality fish sauce mixes sometimes have sweet, mineral or caramel flavors.”

Famous gourmet restaurants such as Toyo in Manila, Philippines also love fish sauce and are referred to as patis by the locals. Or even a restaurant in Ho Chi Minh City uses fish sauce to give sweet dishes a dazzling effect. They are added to chocolate and ice cream to create an incredibly delicious salty caramel sensation.

When Anthony Bourdain hosted then-US President Obama at a bun cha restaurant in 2016, Bourdain explained that the main flavor of this dish is “a dipping sauce made from Vietnam’s popular fermented fish sauce.”

And Obama had to exclaim: “That’s the ‘killer’ of this dish.”