Ha Long City was established in December 1993 on the basis of the whole area and population of Hong Gai ancient city. In early 2020, after merging with Hoanh Bo district, Ha Long became the largest area city in the province with 1119 square kilometers.

The city of Ha Long is located at the northwestern tip of the Gulf of Tonkin. The east borders the town of Cam Pha; the west is adjacent to the city of Uong Bi and the city of Quang Yen; the south borders the Cat Hai District, Hai Phong City, and Ha Long Bay; The north borders the districts of Son Dong, Bac Giang and Ba Che. The scenic area of ​​the city includes the land area and hundreds of limestone islands in Ha Long Bay, Bai Tu Long Bay, and Lan Ha Bay. 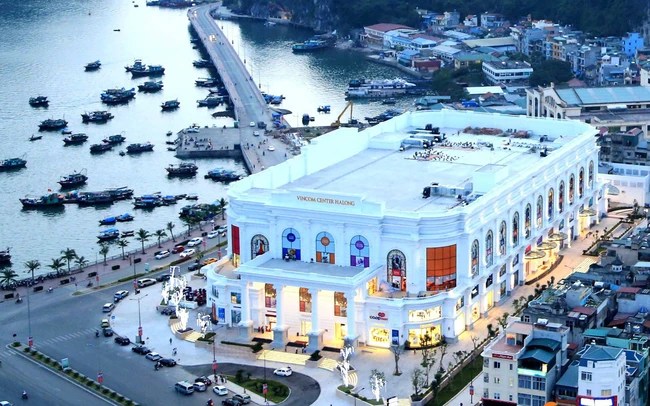 As the concentrated capital of Quang Ninh Province, Ha Long City is identified as one of the three peaks of the Northern Delta region’s economic growth triangle: Hanoi – Hai Phong – Quang Ninh.

The city of Ha Long has a particularly favorable location. For the interior, this is an important gateway overlooking the sea of ​​the Northern Delta and also the Northeast Viet Bac interiors and mountains. With countries in the region and internationally, Ha Long city is adjacent to the developed region of South China and beyond to the large dynamic Asia-Pacific economic region in development.

Ha Long City is a land endowed by nature with many precious resources, especially the wonder of Ha Long Bay. If the coastal areas are deep water ports convenient for ships to dock, there are coal, clay, limestone in the ground… The city has both a fishing ground and a forestry company with abundant reserves and potential for exploitation, diverse.

Ha Long is a tourist city with more than 670 tourist accommodations of all types (including 7 5-star hotels; 15 4-star hotels; 26 3-star hotels; 34 2-star hotels; 27 1 star hotels; 86 standard hotels; 425 motels; 50 houses with rooms for tourists to rent); 86 standard hotels; over 425 motels; 50 houses with rooms for rent for tourists), with more than 18,000 rooms; there are 504 cruise ships, of which 187 are accommodation ships and 317 are tour ships; 5 standard beaches; The city has 5 tourist routes on the coast and 5 tourist routes under the bay with 37 tourist attractions recognized by the Provincial People’s Committee.

Ha Long has a system of restaurants serving food and drink, commercial centers, standard retail outlets to provide tourists with many quality goods… to meet the diverse needs of customers who travel.