The Federal Bureau of Investigation (FBI) has issued a warning to all people who will attend the upcoming Winter Olympics in Beijing this month. The announcement also covered the 2022 Paralympic Games that will take place in March.

According to the agency, there is a possibility that a massive cyber attack is taking place. It quoted that it would further investigate these potential threat actors that could disrupt sporting events.

FBI warns people to be vigilant about cyber-attack on Olympics 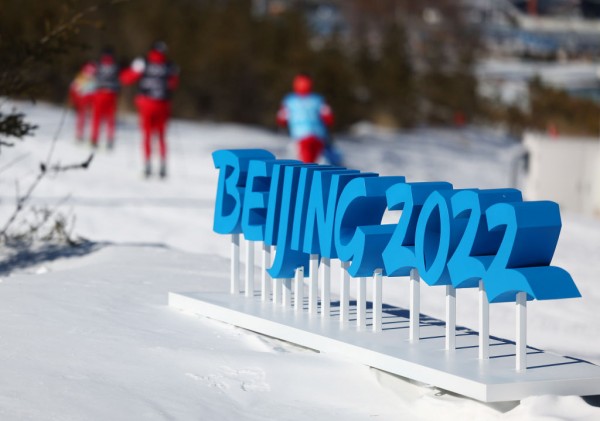 (Photo: Al Bello/Getty Images)
YANGJIAKOU, CHINA – FEBRUARY 01: A Beijing 2020 logo is seen on the cross-country track during cross-country training ahead of the Beijing 2022 Winter Olympics at the National Cross-Country Skiing Center on February 01, 2022 in Beijing, China.

According to a report from Nikkei Asia, the US law enforcement agency announced on Tuesday, February 1, that it has urged its partners to be cautious about digital and network practices.

While the FBI admitted that it was unaware of an Olympic cyber threat, it is best to inform the public about the matter.

The agency wrote in TLP:WHITE PIN that the potential malware actors that could affect the Beijing Winter Olympics could cause some damage to the systems and users. Adding to this, it said that in such cases, phishing scams, distributed denial of service (DDoS) attacks and malware delivery can occur.

In addition, the entire sporting event can be interrupted by a system breach. This would allow hackers to gain access to the confidential information in the systems.

The cyber attack would also affect the digital infrastructure of the Olympic Games. Problems such as not being able to broadcast a live event or not being able to receive a signal are the most common consequences of this cyber incident.

It wasn’t the first time the FBI warned the public about a cyberattack during the Olympics. During the 2020 Summer Olympics in Tokyo, it warned people about these scenarios.

Prior to the actual match, some information was stolen in May 2021. Fujitsu confirmed this attack that compromised various government customer data.

Two years ago, the Winter Olympics in Pyeongchang also did not escape the wrath of the hackers. However, the Justice Department managed to indict six intelligence agents under the Chief Intelligence Directorate. The department claimed that the members belonged to the Sandworm hacking group.

Related Article: China Unveils e-CNY Digital Yuan App in Trial | Can it be used for the upcoming Beijing Winter Olympics?

Last month, Tech Times reported that authorities discovered two security flaws in the official Chinese Olympic Games app “My2022”. At the time, Citizen Lab released a report that these vulnerabilities could expose users’ data to cybercriminals.

In addition, the cybersecurity researchers also found that this application could store a lot of confidential information, including the user’s location, passport details, demographics and more.

However, the Chinese officials replied that data collection is mandatory under the app’s privacy policy, per Bleeping Computer. This process is required because it would be used for navigation, COVID-19 mitigation, and other services.

The FBI said press members, viewers and athletes should refrain from using their personal phones during the Winter Olympics. When using the MY 2022 app, they must use burner phones for security and privacy, according to the agency.

Elsewhere, experts believed that China-sponsored hackers were behind the large-scale Log4j exploit.