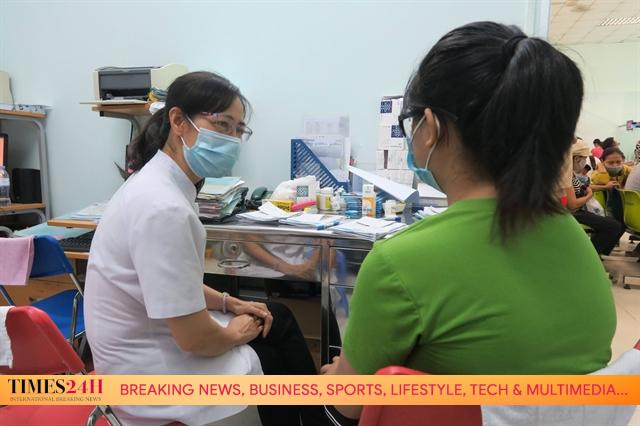 Juveniles with HIV/AIDS being treated at outpatient clinic in Children’s Hospital No.1 in HCM City. — VNA/VNS Photo Đinh Hằng

NEW YORK — It is necessary to speed up efforts to put an end to the AIDS pandemic in 2030, Vietnamese Deputy Prime Minster Vũ Đức Đam told a United Nations (UN) General Assembly high-level meeting on HIV/AIDS on Tuesday.

Addressing the event held virtually, the Deputy PM stressed the need to ensure sufficient resources for HIV/AIDS response, especially for developing nations, non-disruptive supply of antiretrovirals and accelerate the development of HIV vaccines and cure medicines.

Bozkir described AIDS as an epidemic of inequalities.  To end AIDS by 2030, he called for an end to inequalities.

Ending the disease is both a prerequisite for — and a result of — implementing the Sustainable Development Goals, he stressed.

According to UNAIDS, 37.6 million people across the globe were living with HIV in 2020, including 27.4 million people accessing antiretroviral therapy, more than three times higher than that in 2010, at 7.8 million.