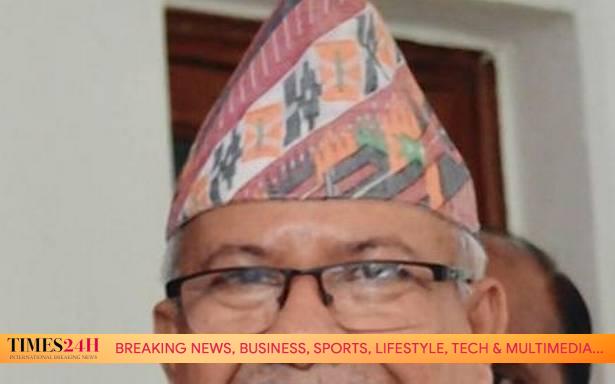 Nepal will soon have a new national political platform along the Marxist-Leninist ideological lines. Sources have told The Hindu that the new political outfit will be led by former Prime Minister Madhav Kumar Nepal, who had rebelled against Prime Minister K.P. Sharma Oli in the now defunct Nepal Communist Party.

The decision to create a new political outfit was taken in the second week of March after PM Oli went ahead and held a meeting of the Central Committee of the party. “PM Oli held the meeting of the Central Committee without consulting the senior members of the CPN-UML. This showed that he is planning to centralise authority around himself. We do not believe that he alone should be allowed to lead a party on the Marxist-Leninist lines which is a popular ideology in Nepal. We have already begun reaching to the provinces and will soon formalise the launch of the new party,” said a source in Kathmandu.

Back to two parties

The Nepal Communist Party was scrapped by the Supreme Court in Kathmandu on March 7, which ordered that the two political formations of Communist Party of Nepal-UML and CPN (Maoist-Centre) that had united to form the NCP in 2018 should revert to their original forms. The order helped PM Oli as he became the leader of the largest political formation in Parliament with 121 members. The CPN (Maoist-Centre) of Pushpa Kamal Dahal ‘Prachanda’ was left with 53 members in the legislature. The order came as a setback most specifically for Madhav Kumar Nepal, who had formed the CPN-UML through decades of struggle yet found himself cornered in the revived CPN-UML.

The court ruling came even as Mr. Oli faced a rebellion within ruling NCP led by Madhav Kumar Nepal and Mr. Prachanda which had prompted the PM to dissolve the House of Representatives in December 2020. Earlier, the court had reinstated the lower house in an order on February 23.

The highly placed source said on Wednesday that Prime Minister Oli appears to have stabilised his position with support of India. “We have an impression that Mr Oli has secured India’s support and he thinks that the normal political process can resume. But in fact he enjoys no numerical majority and is the leader of a small clique of supporters. Nepal’s political situation is full of uncertainties at present,” he said. The formation of the new political front is expected to formalise the separation of a section of the CPN-UML.