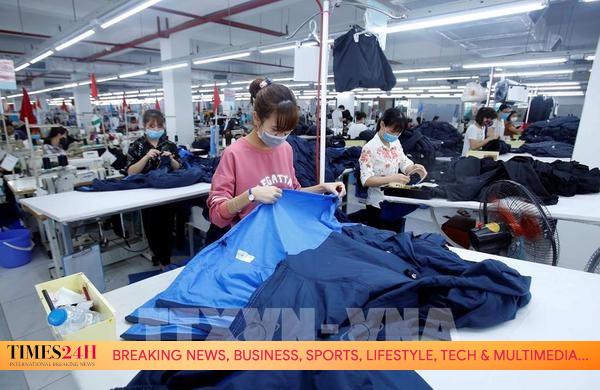 HÀ NỘI — The European Union-Việt Nam Free Trade Agreement (EVFTA) has created a favourable corridor for trade between the two sides and brought new impetus to economic cooperation between Việt Nam and the EU, Nguyễn Văn Thảo, head of the Mission of Việt Nam to the EU, has said.

Thảo, who is also Vietnamese Ambassador to Beligum and Luxembourg, told Vietnam New Agency in an interview on prospects for further promoting the EVFTA in the future.

He said the agreement took effect on August 1 last year at a hard time when EU countries were very heavily affected by the COVID-19 pandemic. This year, the pandemic has continued to break out in Southeast Asian countries. Việt Nam is not an exception. The country has also suffered big impacted by the pandemic.

However, trade turnover between Việt Nam and the EU still reached US$50 billion last year, and grew by 4.5 per cent in the last five months of 2020.

This was an encouraging result given the context of 2020 when the EU’s Gross Domestic Product (GDP) declined by 6.2 per cent, he said.

In addition, the EU’s economy shrank 0.4 per cent in the first quarter of this year, but two-way trade turnover still increased by 15 per cent. Thus, Thảo said, it affirmed the strong effect of the EVFTA.

According to the Ambassador, this positive outcome has shown that Vietnamese products have met the high standards of the EU market. At a time when the EU is facing many difficulties, Vietnamese goods can still enter this market, contributing to maintaining and diversifying supply chains in the context of global supply chain disruptions.

Thảo emphasised that there’s huge potential between Việt Nam and the EU to tap.

EU countries want to import agro- forestry- fishery products outside the bloc at a value of more than $150 billion per year, while Việt Nam’s export turnover of these items to the EU is about $5 billion, he said, adding that the incentives from the EVFTA with a tariff rate of 0 per cent, and harmonious trade conditions will help increase the country’s export turnover to the EU.

However, the ambassador said there is still much work to be done in the coming time.

It is necessary for the Vietnamese government to continue to exchange and negotiate with the EU to perfect standards, regulations and mutual recognition to help the two sides’ goods penetrate more deeply into each other’s markets, he said.

Thảo said that trade and technical barriers need to be removed. It is essential for the Vietnamese side to push for early ratification of the EU-Việt Nam Investment Protection Agreement (EVIPA) because trade and investment have a very close relationship. The agreement has now been signed and is awaiting ratification by the parliaments of EU member states.

Referring to the skills that Vietnamese businesses need to supplement to stay firmly in the EU “playground” in the near future, Thảo stressed that more capital should be poured in to improve the competitiveness for their products in terms of quality and scale to meet the high standards of the European market, while ensuring a sustainable supply for European customers.

In addition, it is a must for Vietnamese enterprises to learn about business opportunities as well as the legal system of the EU, the customs, and consumption habits of European people, the Ambassador said.

He also underscored the importance of coordination among Vietnamese businesses, saying if they work together, it will create a higher competitiveness in terms of quantity, negotiation, and building a network of relationships in Europe.

Only by doing so, can Vietnamese businesses succeed in the coming time and take full advantages of what the EVFTA brings about, the ambassador said. — VNS