You need to know the do’s and don’ts to avoid awkward moments in Vietnam during Tet celebration.

The most important celebration in Vietnamese culture, Tet Holiday involves love and hope; means family and friends; and promises a better year ahead. If you’re interested in learning about local life in Vietnam, there couldn’t be a better time than Tet.

So, what is the Tet in Vietnam? 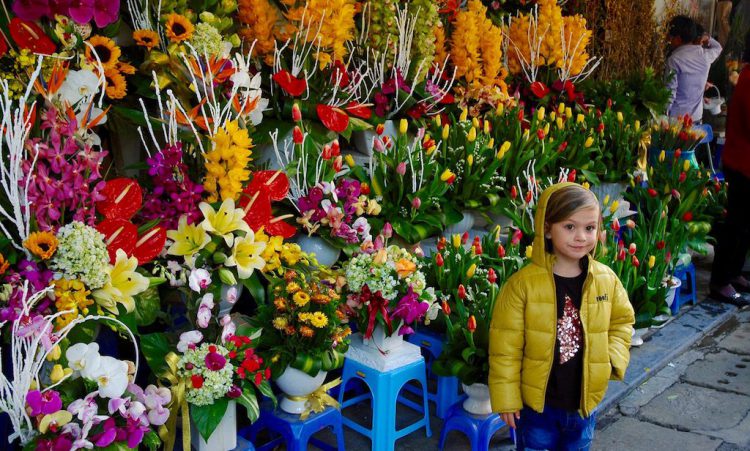 Tet Nguyen Dan, or Tet for short, is considered the biggest and most popular festival of the year in Vietnam. Celebrated on the first day of the first month in the lunar calendar, Tet’s celebration is the longest holiday that can last up to seven to nine days. Vietnamese New Year in 2021 will last from February 11-16, with February 11 being New Year’s Eve and February 12 being New Year’s Day.

Unlike the Gregorian calendar, the lunar calendar has a fixed number of twelve months with 30 days each, and a leap year will have an entire intercalary month instead of the 29th day of February. The lunar new year normally begins in late January or early February according to the Gregorian calendar. That explains why Tet days vary from year to year: Because the leap month can fall shorter or longer, there is a smaller or larger gap between the two calendars.

The actual holiday lasts 1 day before and about 3-5 days after the above day. The period before Tet is normally the busiest time for shopping and holiday preparation.

If you are planning to visit Vietnam during the Tet holiday, it is highly recommended that you apply for a visa as soon as possible as the embassy offices may close during the holiday period above.

Tet is the opportunity for Vietnamese to express their respect and memory for their ancestors and welcome the New Year with their beloved relatives. Moreover, in the past, Tet was essential as it was one of the few long breaks during the agricultural year, which was held between harvesting the crops and sowing the next. To make things easier, Tet can be imagined as a combination of Christmas and New Year: every family comes together to have big meals, decorate Tet trees and eat Tet food, but to welcome the New Year instead of a religious matter.

Watch our latest video: My heart can feel Tet for the most vivid image of Tet in Vietnam.

Since Tet plays an important role in Vietnamese religious beliefs, Vietnamese will begin their preparations well before the coming new year. In an effort to get rid of the bad luck of the old year, people will spend a few days cleaning their houses, polishing all utensils, or even repainting and decorating the house with kumquat tree, branches of peach blossom and many other colorful flowers. The ancestral altar is specially cared for, with careful decoration of five fruits and votive papers, along with many religious rituals. Everyone, especially children, buys new clothes and shoes to wear on the first days of the new year. People also try to pay all their outstanding debts and resolve any quarrels between colleagues, friends or relatives.

Like other Asian countries, Vietnamese believe that the color red and yellow will bring good luck, which may explain why these colors can be seen everywhere in the Lunar New Year. People consider what they do at the dawn of Tet, will determine their fate for the whole year, that’s why people are always smiling and behaving as nice as they can in hopes of a better year. In addition, gifts are exchanged between relatives and friends and relatives while children receive lucky money which is kept in a red envelope.

Wherever Tet is celebrated, it should be clear from the start that Tet is not a day, but several days of celebration.

The general process is as follows (all dates listed in the lunar calendar):

The following foods are commonly consumed during Tet; some are specific to Tet and often associated with the great feast:

Do’s and don’ts during Tet holidays 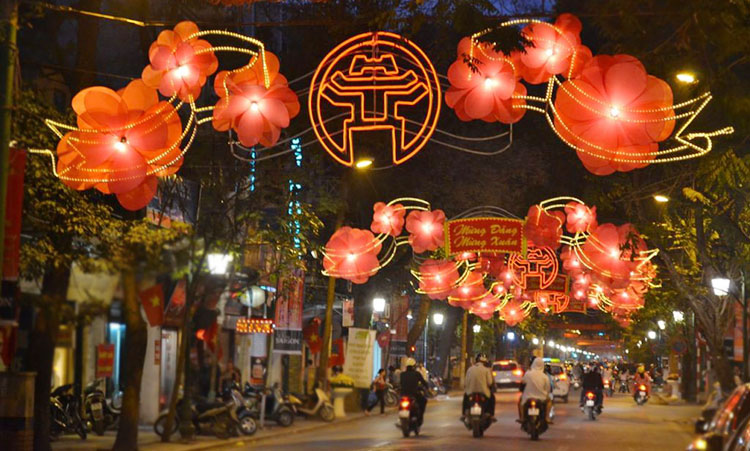 Tet is the special time of the year when people believe that the positive or negative energies of those days can linger throughout the year. There are some important dos and don’ts about Tet that you should know:

• Do not enter anyone’s home on the first day of the Lunar New Year without an invitation, as it is the first person to step through the door that sets the mood for the whole year. Vietnamese people also believe that the zodiac animal of the first foot of the new year is associated with also determines the next year’s results.

• Do not ask for money on Tet because it is a harbinger of a year of economic exhaustion.

• Avoid discussions of unhealthy topics on Tet, which are believed to scare away happiness and happiness.

• Do not sweep the house on the very first day of the lunar year, as that means the entire fortune of the owners will be wiped out.

• Cuttlefish, ducks, etc. bring bad luck, so their flesh is not beneficial to Tet.

• Avoid working on the 5th of the new year as this is not a good day to leave as it is considered the anniversary of the death. It is also advisable not to start working that day.