A few years ago, electric blankets, 3D tights and hand warmers were hard to find in Europe. People here are not used to these ‘flashy’ things simply because they have installed a heating system everywhere that is so efficient that in winter it is normal to wear short clothes indoors. But this year, concerned about unpredictable fluctuations in the energy market, Europeans began rushing to import heating products from China.

As an indispensable thing for the Chinese every winter, thermal underwear is now present in the wardrobes of Europeans. According to data from the international shopping platform AliExpress, thermal underwear sales are up 246% from the beginning of October to now from the previous month. In particular, sales tripled in many European countries, such as France: 372%, Germany: 362%, Italy: 365 percent, the Netherlands: 316% and Poland: 311%.

Among them, 3D tights are a “hot” item in Europe. Since the beginning of October, sales have increased by 131% month-on-month. Customers, mainly women in the Netherlands, Germany and France, all express their preference for these thin but very warm ‘made in China’ tights.

Sales of hot water heaters across China to Europe also increased 300% compared to September. Hand warmers were up 447%. According to the data provided by AliExpress to Sina on September 28, energy-saving heating products have also increased by 300% in the past month.

China’s General Administration of Customs said that in July this year alone, 27 countries in the European Union imported 1.29 million electric blankets, a 150% increase from the previous month.

The French president also follows the ‘fashion’ of turtlenecks

The turtleneck for men style, initiated by French politicians recently , seems to be about to become this year’s hottest trend. This is what French Economy Minister Bruno Le Maire said in an interview on September 27:You won’t see me wearing a tie anymore, you’ll just be wearing a turtleneck.At the same time, he also posted a photo of him wearing a turtleneck sweater in his office on his official Twitter account. 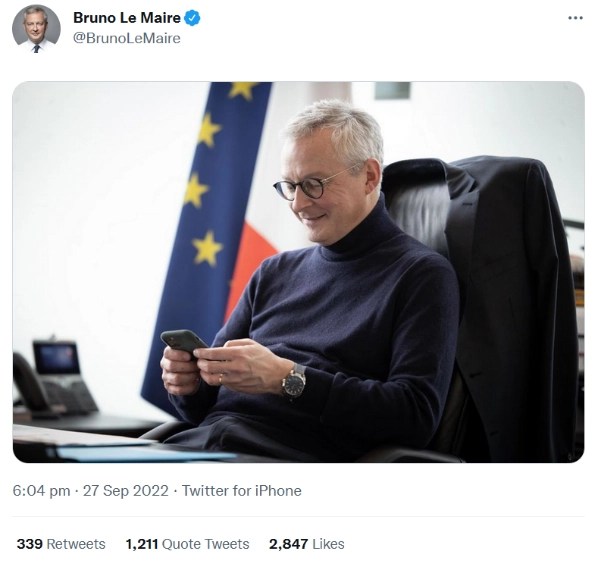 The French economy minister in a turtleneck sweater created a recent ‘trend’. 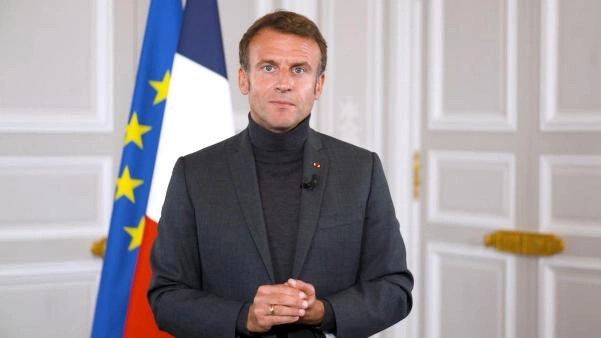 French President Macron also recently appeared in public wearing a turtleneck sweater under a jacket instead of a tie as usual.

Xiamen Juze, an import-export company in China, said the search volume for men’s turtlenecks on the company’s website has increased 13-fold in the past 30 days. Orders for thick coats and turtlenecks exported to Europe increased rapidly, both in retail and wholesale.

Expensive because you know how to start from summer

In Guangdong, there are many companies that export warming items such as electric blankets and kettles to Europe. With unusual climate changes throughout the year and many potential energy risks, these companies are already anticipating this unusual wave of consumption. So since the early summer days of April they have been preparing. In May and June, these companies increase production shifts almost every day.

However, they also think that this wave can cool very quickly. After all, winter only lasts two or three months, while some European countries have crisis plans.

Under the influence of the above information, the shares of companies producing and supplying heating equipment in China have skyrocketed. One is the example of Caihong Group, which specializes in producing electric blankets.

The group’s share price on August 31 was 18.04 yuan (NDT), which rose to 40.70 yuan during the closing session on October 14. The company’s market capitalization as of early September was 1.884 billion yuan, has now risen to 4.29 billion yuan. In just a month it has more than doubled, what a record number!

Booking.com lists seven sustainable accommodations in Vietnam worth visiting for your next trip