According to Bloomberg, the richest man in the world, Elon Musk, lost more than $100 billion in 2022 as Tesla shares fell to a two-year low.

The new Chief Twit’s net worth fell $8.6 billion on Monday. But even if this is the case, he remains the richest person in the world with a net worth of $169.8 billion, according to the Bloomberg Billionaires Index.

He has lost the most money on the wealth index this year, losing $100.5 billion after hitting $340 billion more than a year ago. 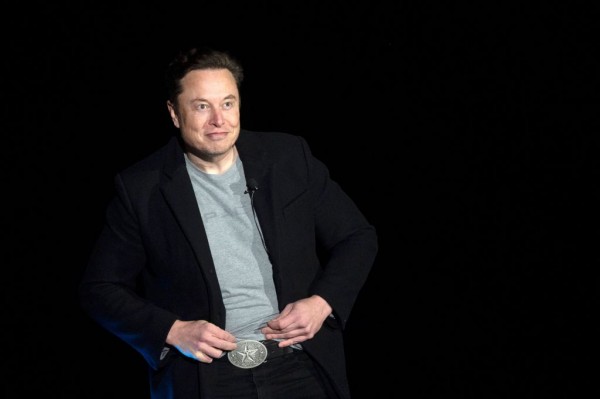 (Photo: JIM WATSON/AFP via Getty Images)
Elon Musk shows off his Texas belt buckle as he speaks during a press conference at SpaceX’s Starbase facility near Boca Chica Village in South Texas on Feb. 10, 2022. – Billionaire entrepreneur Elon Musk delivered a long-awaited update on SpaceX’s Starship, a prototype rocket the company is developing for manned interplanetary exploration.

Musk sold some stock earlier this year to secure a share of Twitter’s $44 billion takeover deal. If Musk had kept his millions of extra Tesla shares, he might have cut his losses this year.

He revealed that he sold more Tesla stock to save the social media company, which is currently in dire straits after many of its employees resigned.

On Wall Street, Tesla is primarily seen as a technology company, even though it produces electric vehicles. Tech stocks have fallen and Tesla has not been exempt from this trend as concerns of an impending economic recession have increased.

Tesla’s stock price is down significantly more this year, down 52%, than the tech-heavy Nasdaq 100 index, which is down just 29%.

Part of the decline can be attributed to Tesla’s reliance on China for production of its electric vehicles, which is adamant about its “zero COVID” policy.

Due to supply chain issues caused by rising cases, some parts of China are still under complete lockdown, ultimately impacting Tesla’s production.

Musk’s buyout of Twitter and appointment as CEO has fueled concerns that the world’s richest man is overextending himself. Musk now oversees five companies as CEO, thanks to Twitter.

Tesla shareholders want the price to rise again and have even started a campaign asking the carmaker’s board to buy back the shares from the market.

Related article: Elon Musk allegedly ‘illegally fired’ SpaceX employees for criticizing him: here’s what we know about the complaints

PSVR 2 pre-orders are now open: where to check for stock