Would you believe that there is now an in-car gaming system in your automobile? The twist? You can now use the feature in the new Tesla Model S and X electric vehicles. You can now play “PS5-level” gaming thanks to the newest chip of AMD.

When Elon Musk first teased that an upcoming entertainment system would soon arrive in the Tesla cars, we could not believe that it would exist in the first place. This time, the Tesla EVs could now allow you to play Geralt in “Witcher 3” for real. 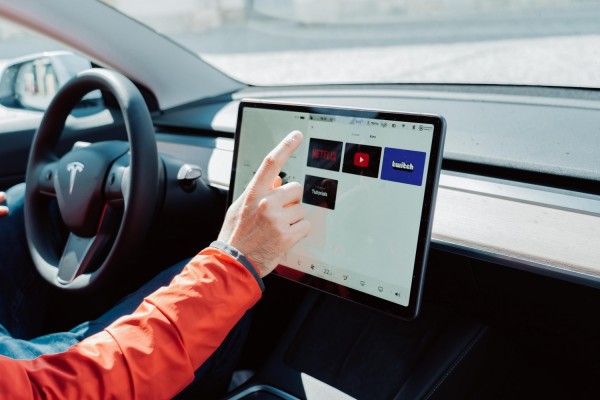 Musk’s claim seemed to happen a long time ago, but fans have not yet forgotten it after 18 months. During the Computer 2021 presentation premiered on Tuesday, Jun.1, AMD has mocked that its upcoming gaming rig could reach an impressive power of up to 10 teraflops– a somehow unforeseen leap of gaming level.

“So we actually have an AMD Ryzen APU powering the infotainment system in both cars as well as a discrete RDNA2-based GPU that kicks in when running AAA games, providing up to 10 teraflops of computing power…. we look forward to giving gamers a great platform for AAA gaming,” Lisa Su, the AMD CEO said during the keynote discussion.

To compare what I can do, the Xbox Series X shares the same liking of the GPU performance. The next-gen console could run 12 teraflops using the powerful processor, and yet, the PS5 lags since it could only enable up to 10.28 teraflops.

However, since the global chip shortage is continuously wreaking havoc on the semiconductor and tech companies, we could see that the supplies of processors could fall short that’s why many people still have a hard time looking for a PS5 or Xbox.

A competitive feature for Tesla cars that would target drivers who love to play during their past time could be a huge game-changer–and what’s coming ahead of us could do a lot of gaming capability through AMD’s precisely-crafted GPU.

According to Gizmodo’s report on Wednesday, Jun. 2, Musk’s statement on Twitter sent ripples across the several gaming communities after the CEO said that the brand-new Model X and S would feature a “PS5 level entertainment computing power” which would house the in-car gaming system.

However, another report from The Verge revealed that the discrete GPUs only regarded 10 teraflops as the total computing power. This means that the latest AMD chip is not entirely for gaming.

The report about the in-car gaming system in Tesla cars came after Musk’s announcement last week about the delay of the Tesla Model S Plaid. According to the tycoon, the said variant would be postponed for another week because the company needs an extra week to implement some changes on it.

For a while, you could fully douse yourself in the gaming atmosphere inside your Tesla car. Besides playing next-gen games, you can also endlessly stream video-viewing services like YouTube and Netflix.

However, be reminded that you can only access the feature if you are safely parked– so you could also enjoy it without compromising your safety on the road.

Furthermore, you need at least 30 to 60 minutes of charging for your car to use the in-car gaming system that could kill your boredom for a while.