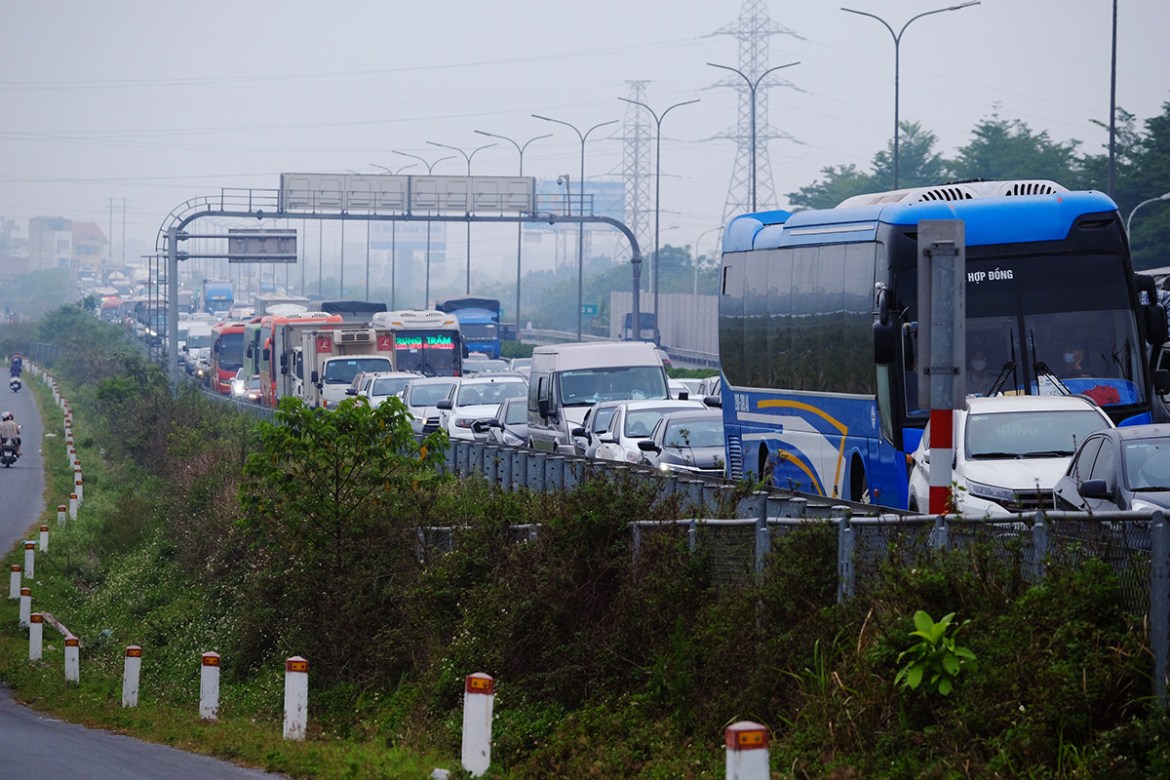 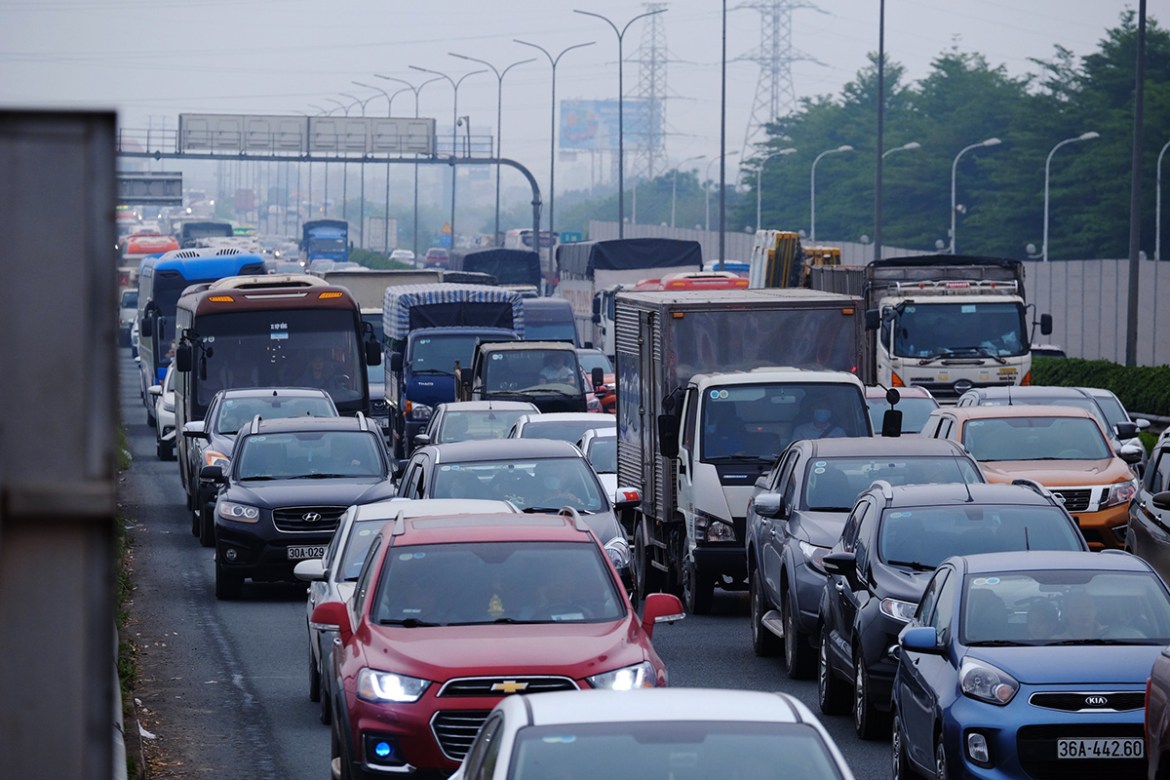 On the last day of the Hung Kings anniversary holiday, people returning to their hometowns to rest or travel have returned to Hanoi in droves to work after 3 days of public holiday. As noted by PV, the Phap Van – Cau Gie highway has a serious traffic jam 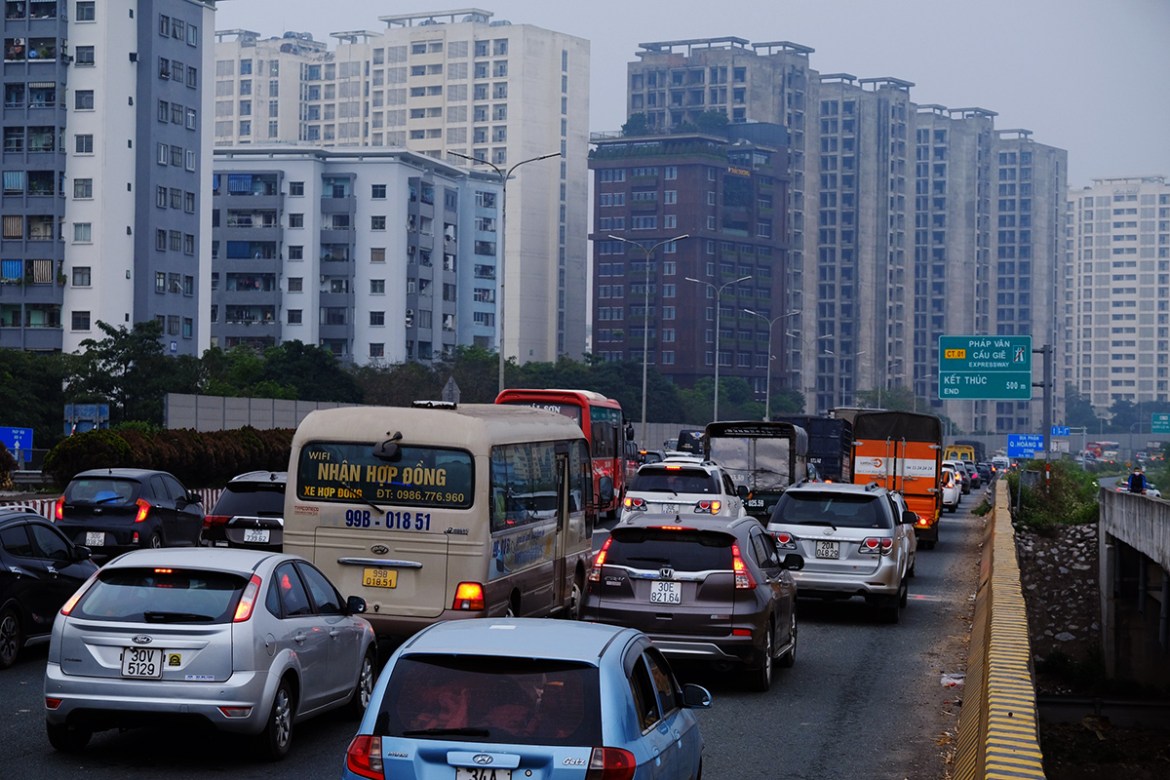 A large number of cars come to the city at the same time, causing miles of traffic jams on the way to the center of Hanoi. 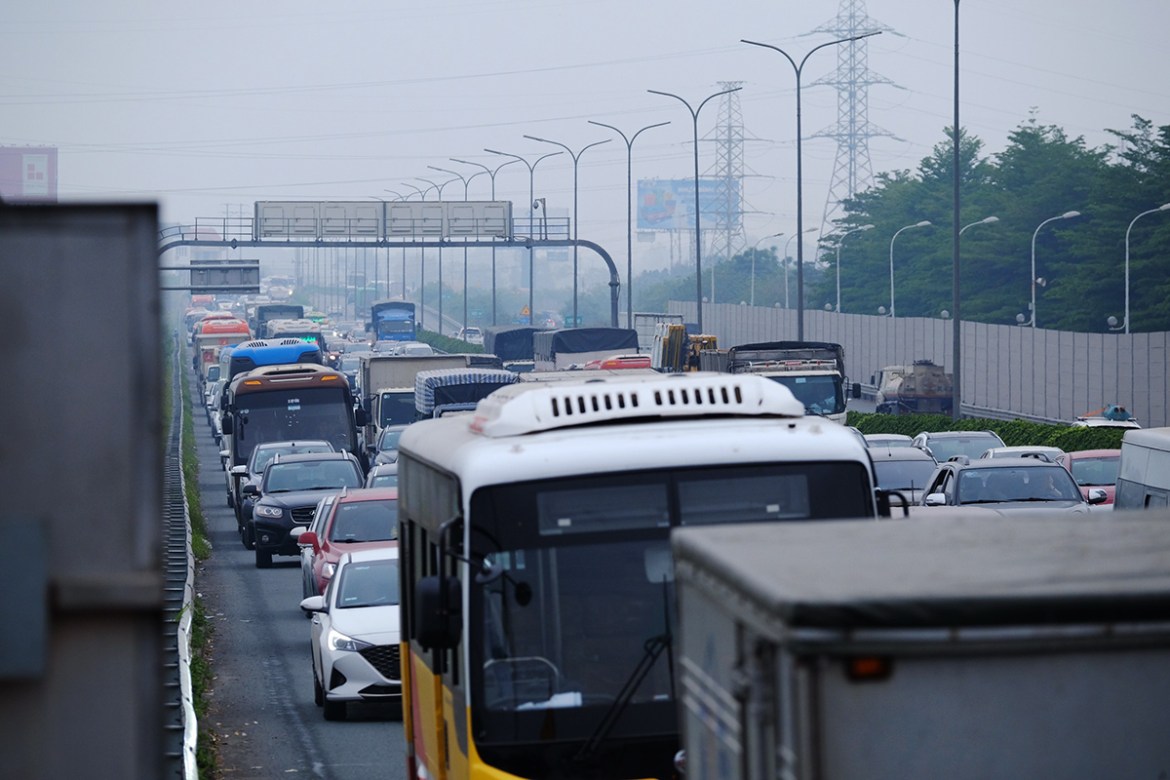 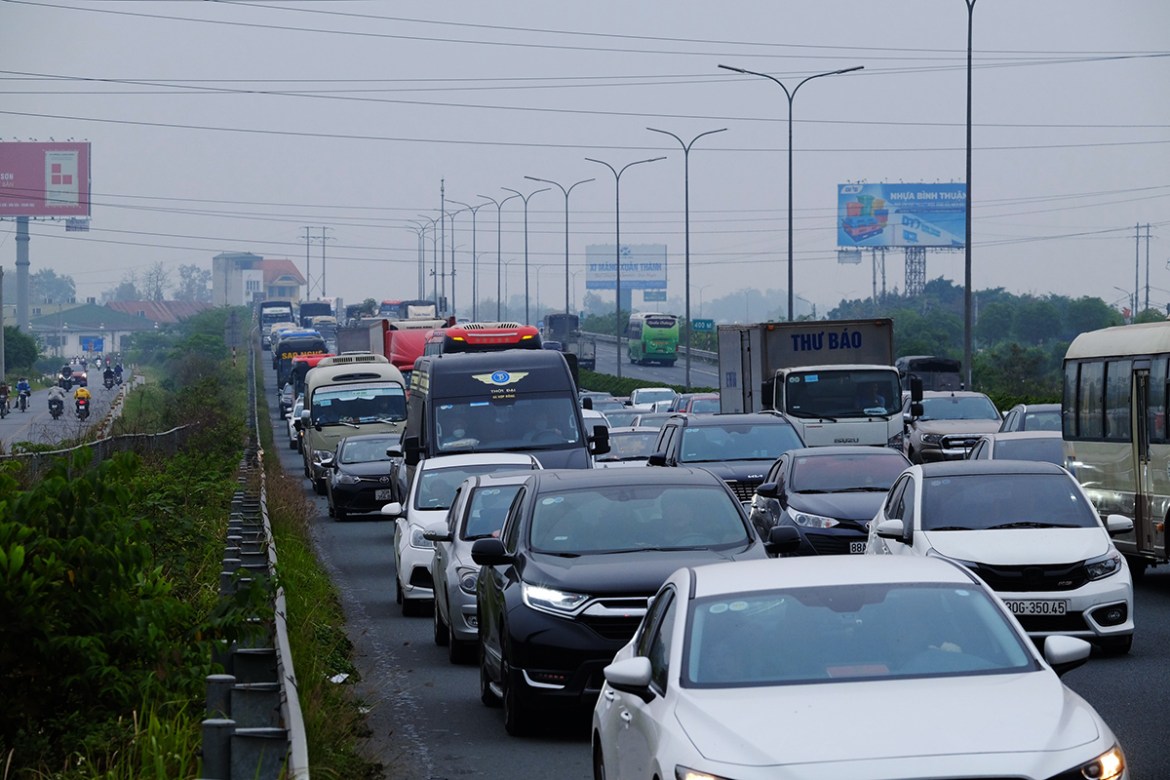 Traffic was blocked for many hours and the functional troops had to separate and release traffic from early afternoon. 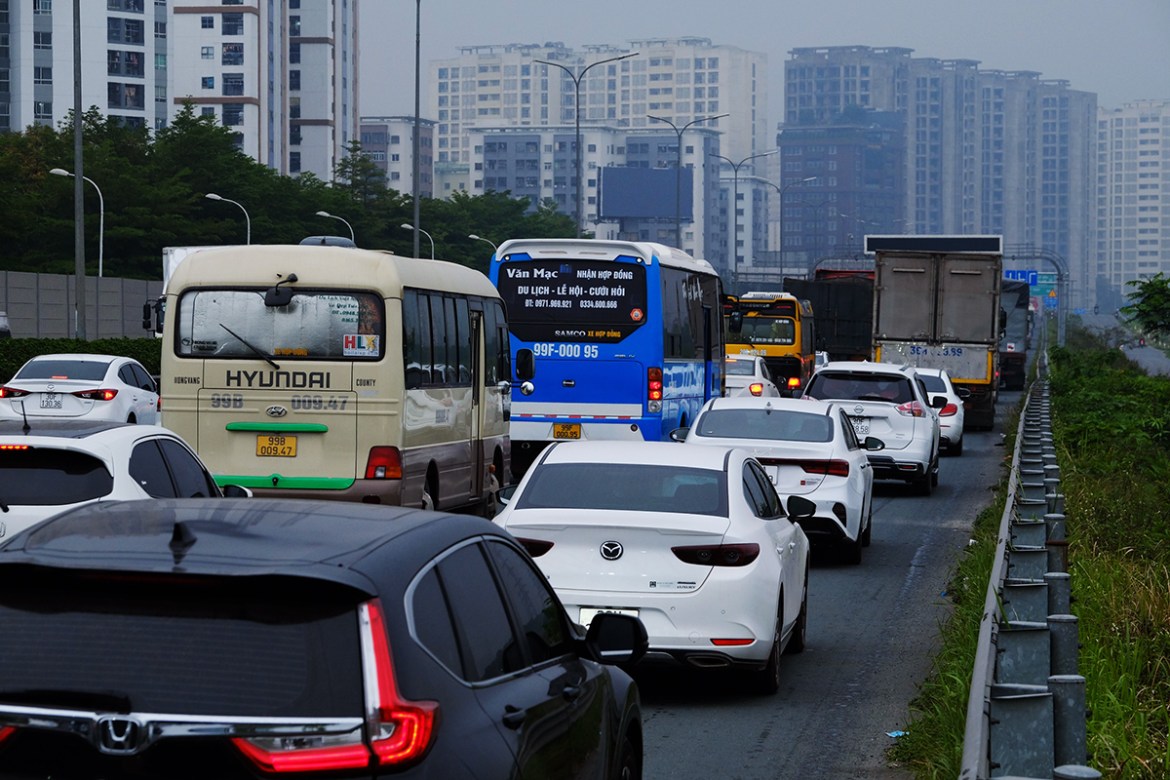 Many areas in Hanoi had rain this afternoon, exacerbating congestion. 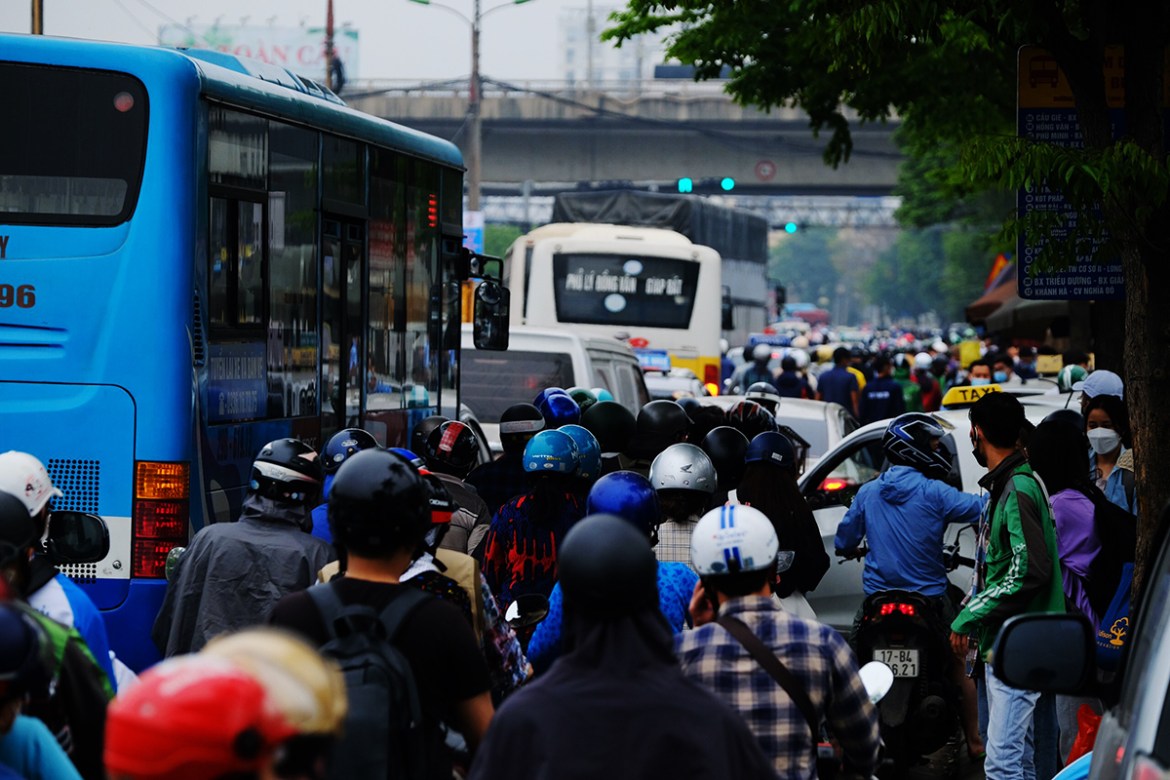 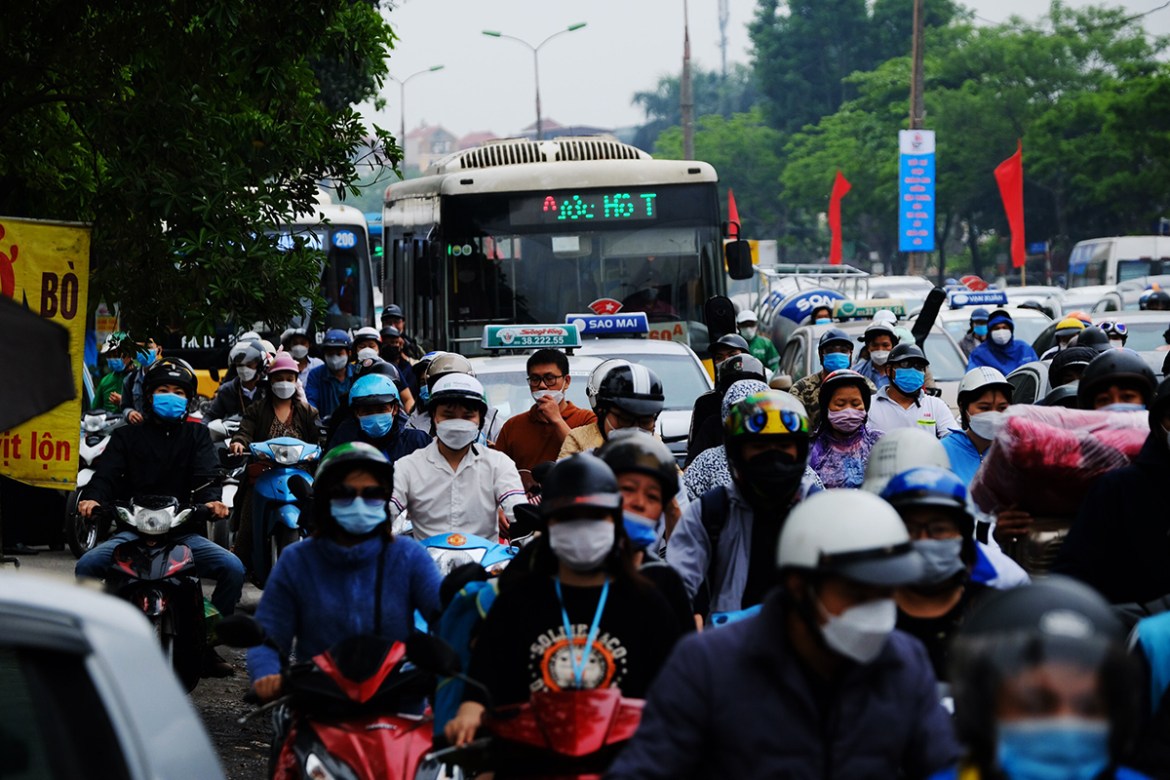 At the bus station area of ​​Nuoc Ngam, cars and motorcycles poured into the city under the rain. 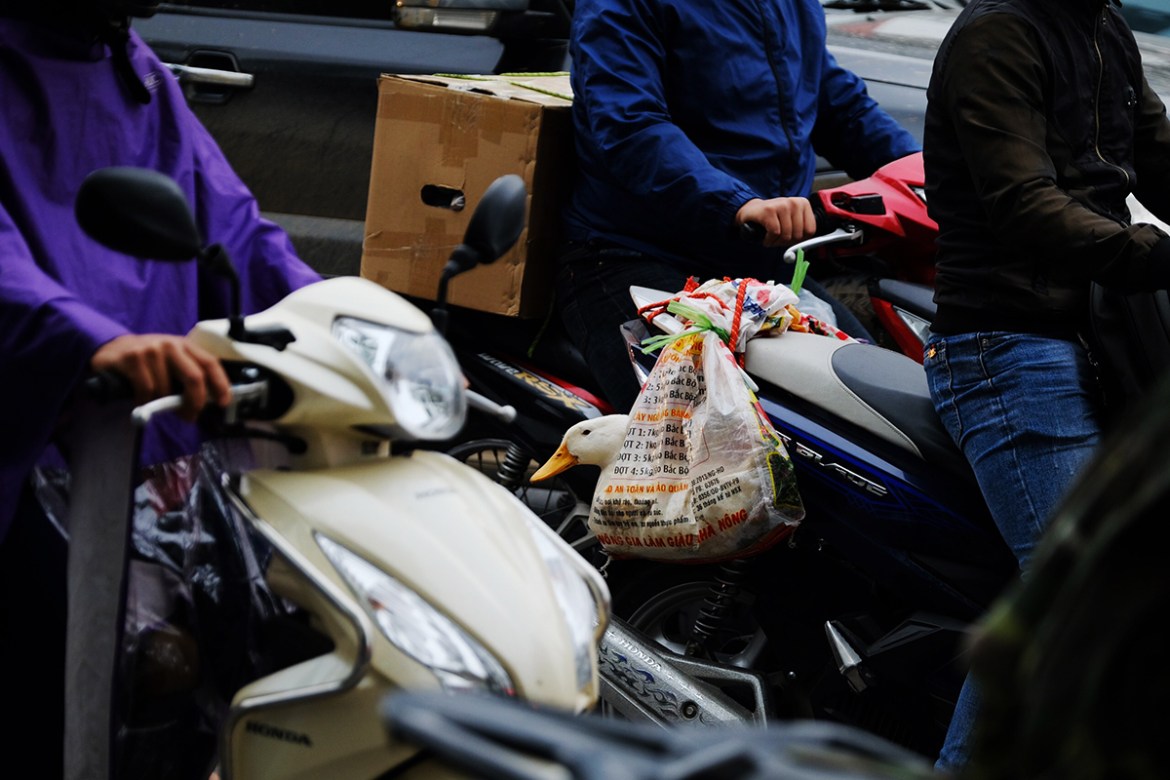 People return to Hanoi with many different things. 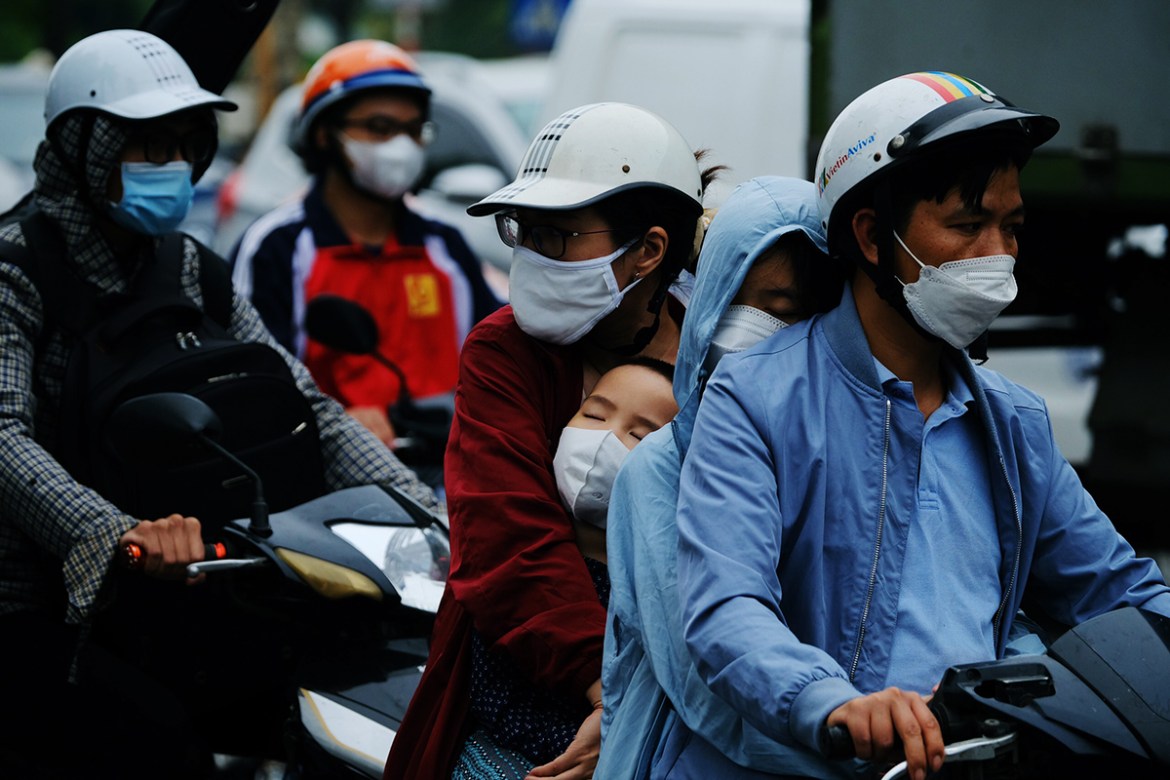 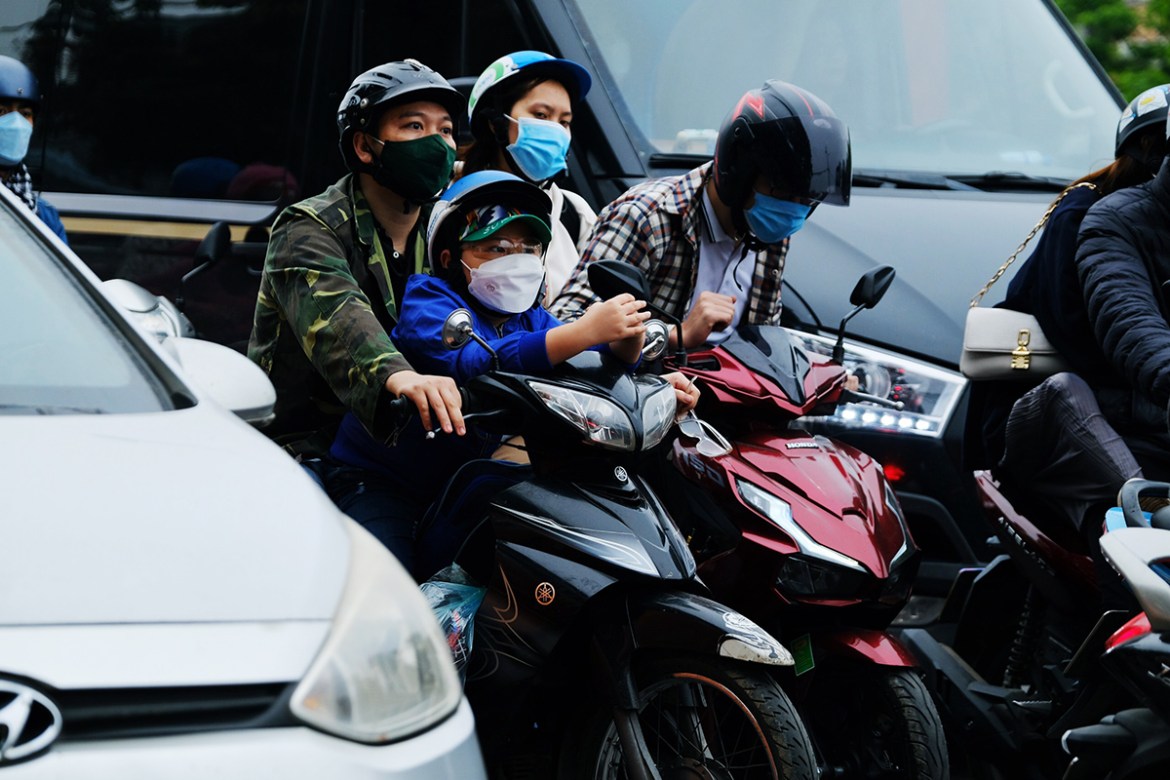 Many children temporarily sleep on their motorbikes after a long journey back to Hanoi with their parents after the holidays. 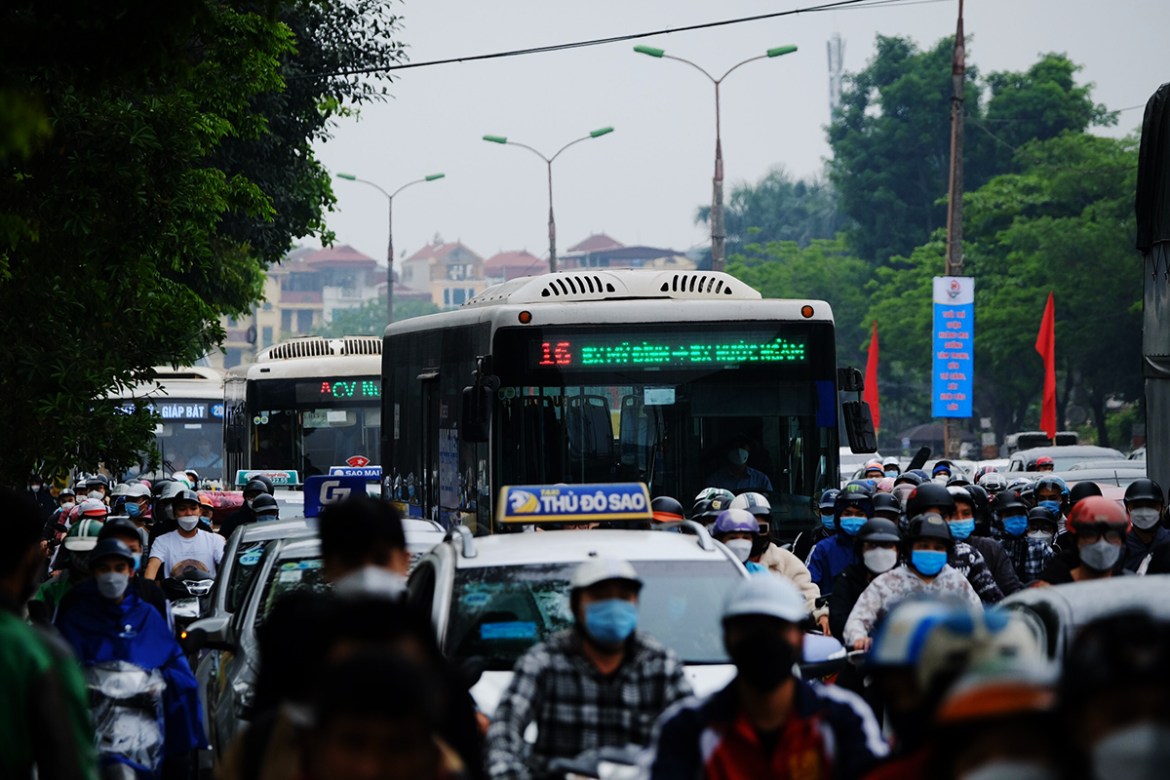 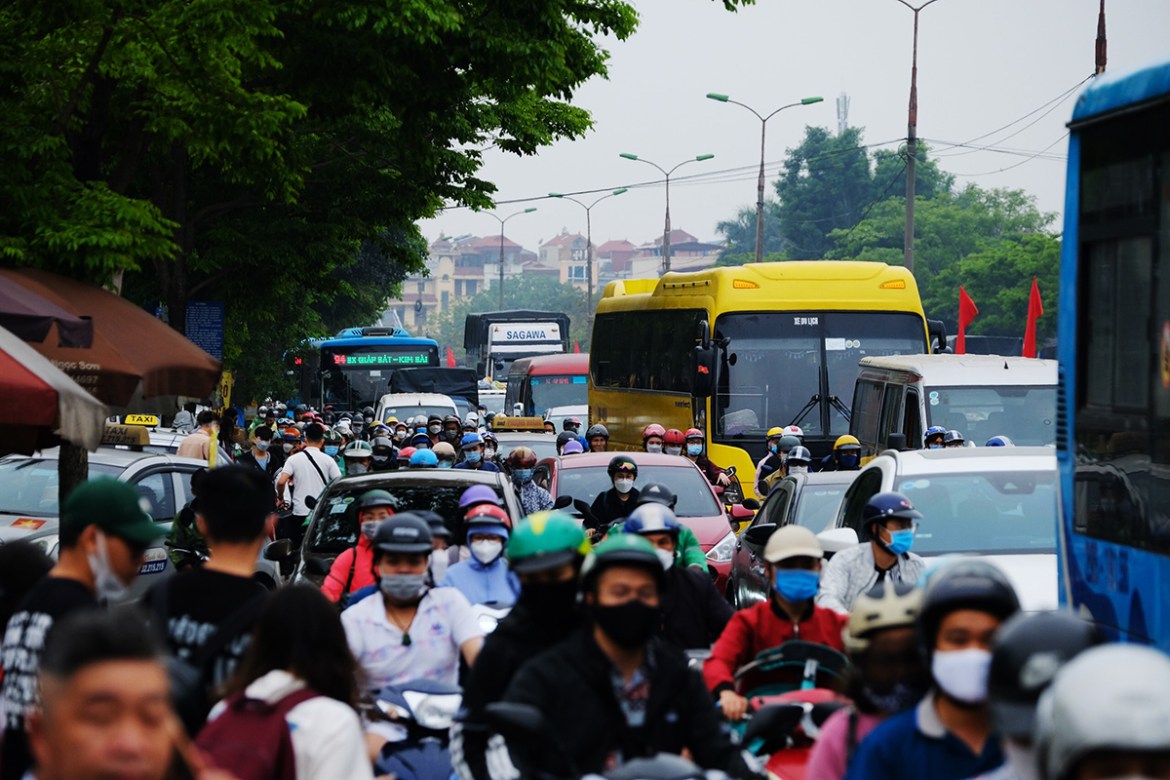 The street was full of vehicles entering the city center. 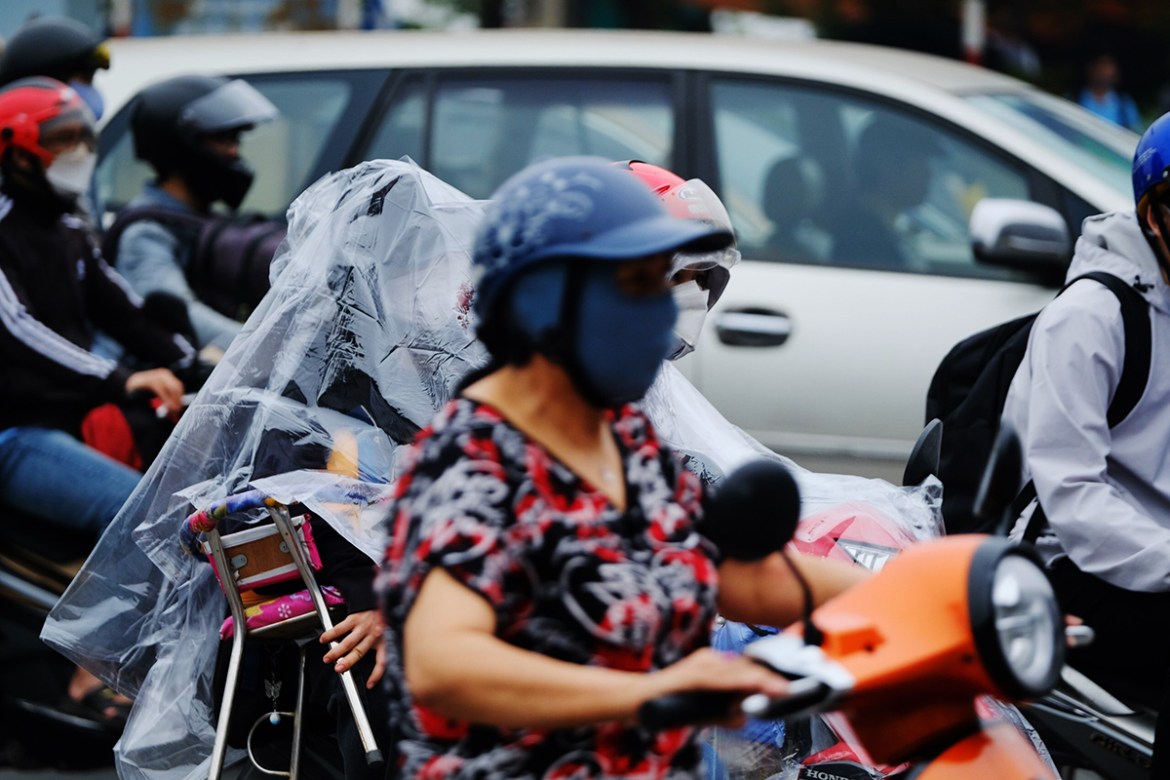 In the afternoon, the number of vehicles entering and leaving the city is busier, the congestion is more severe. 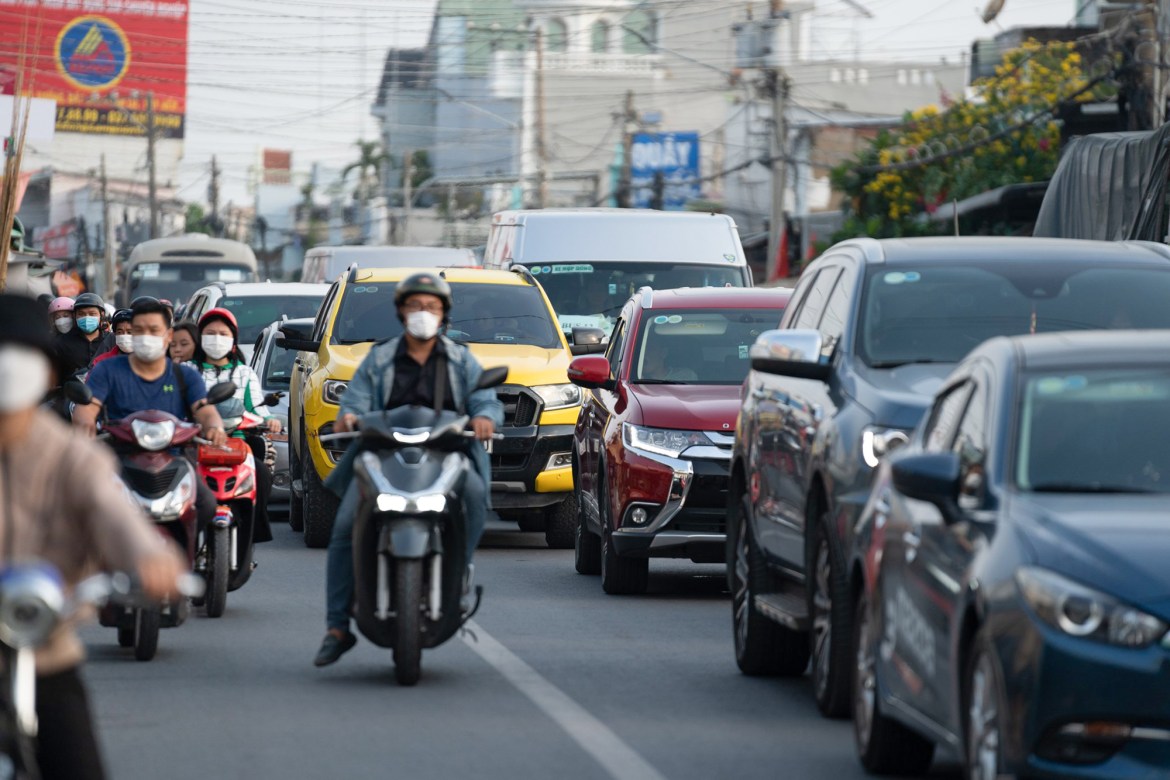 On the afternoon of April 11, after the end of the Hung Kings anniversary holiday, people began returning to Ho Chi Minh City along many routes at the city’s eastern gateway, leaving some areas in these directions packed with traffic. There are places where there is a long traffic jam. 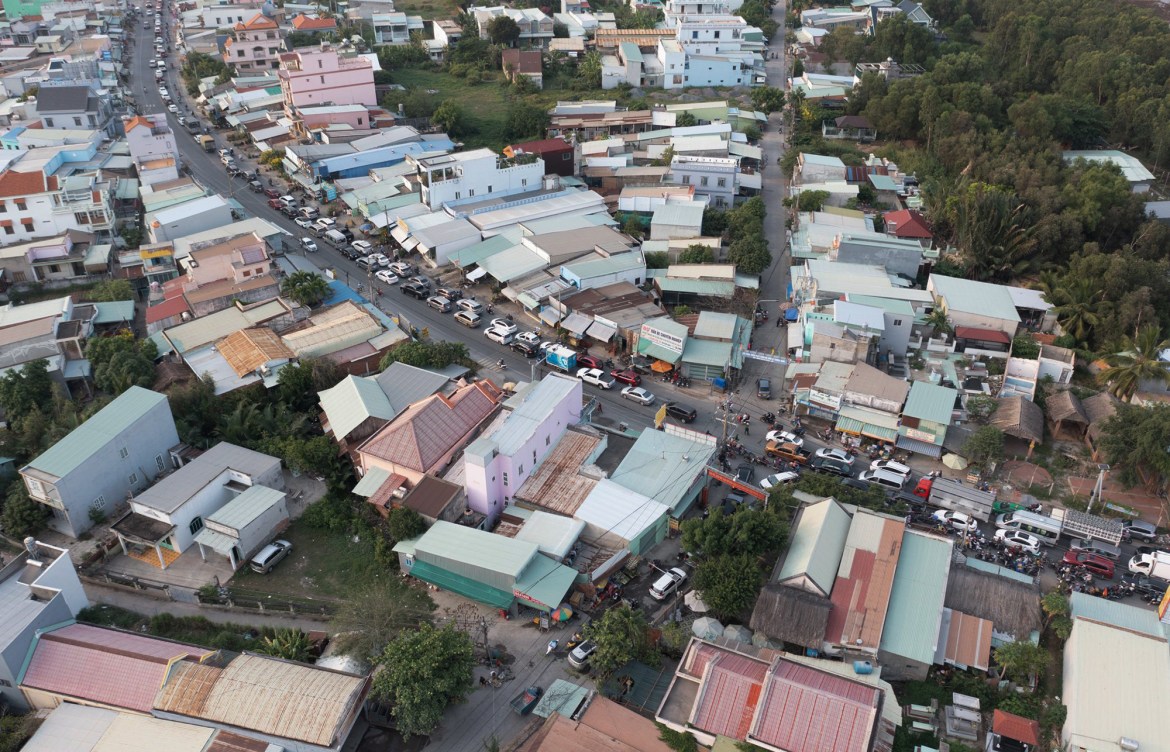 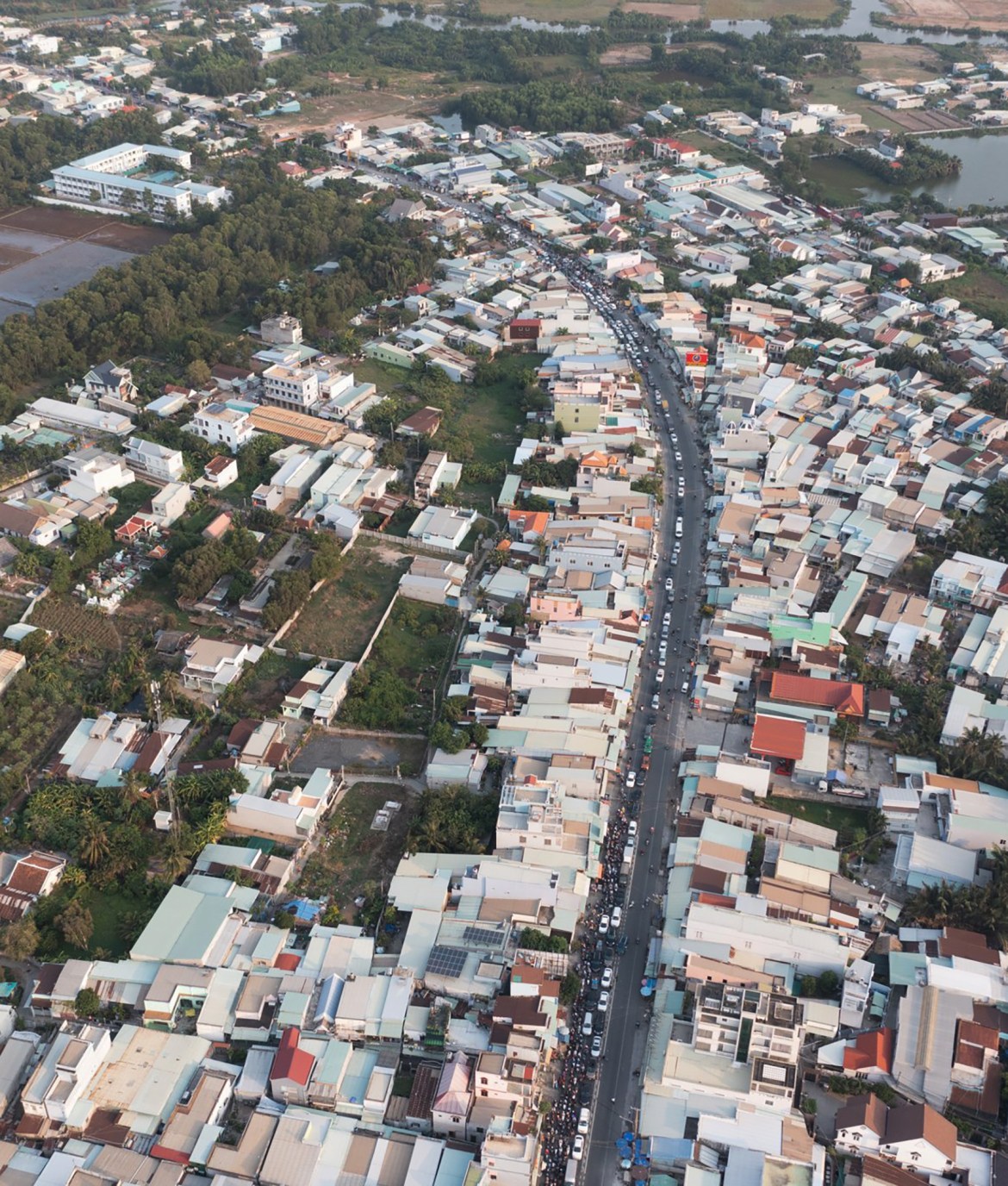 Cars and motorbikes have to wait in long lines to cross the ferry. Towards the end of the afternoon more and more cars drive to the ferry, the traffic jam lasts more than 2 km from the wharf to the intersection of Ly Thai To – Duong Van Thi. Some frustrated motorists said they had to board each ferry section by section, but after an hour of waiting, they still hadn’t reached the wharf. 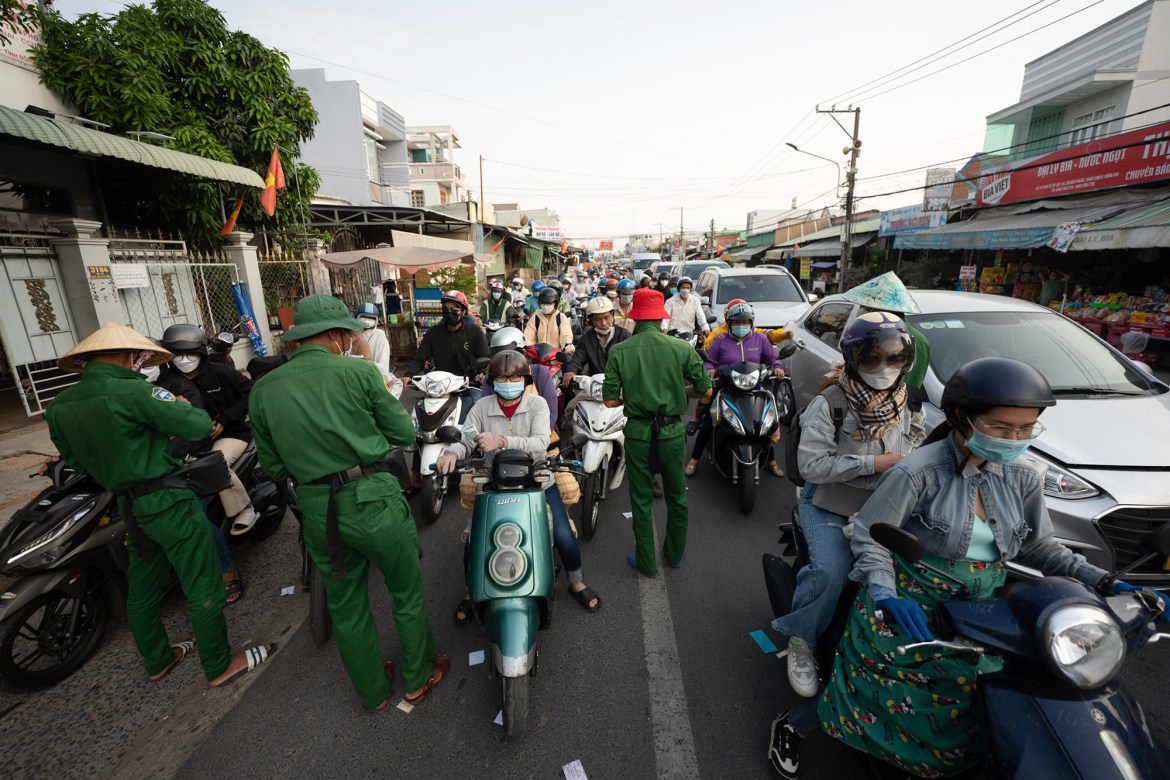 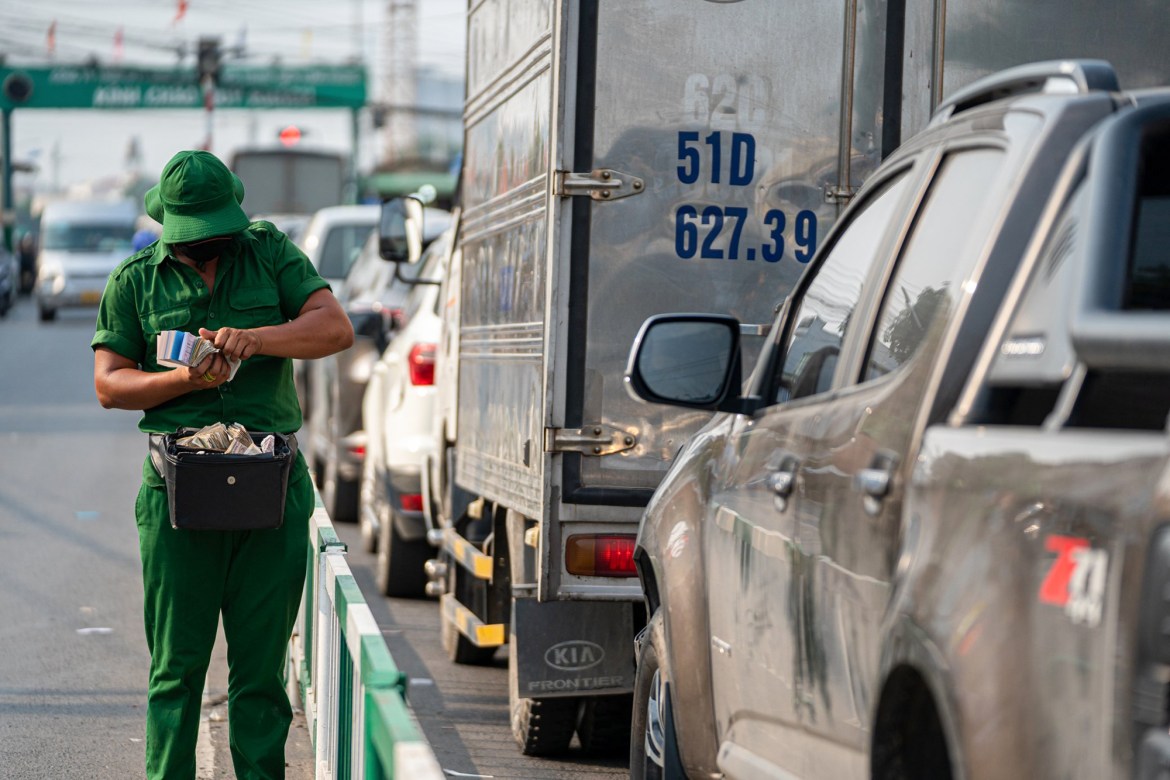 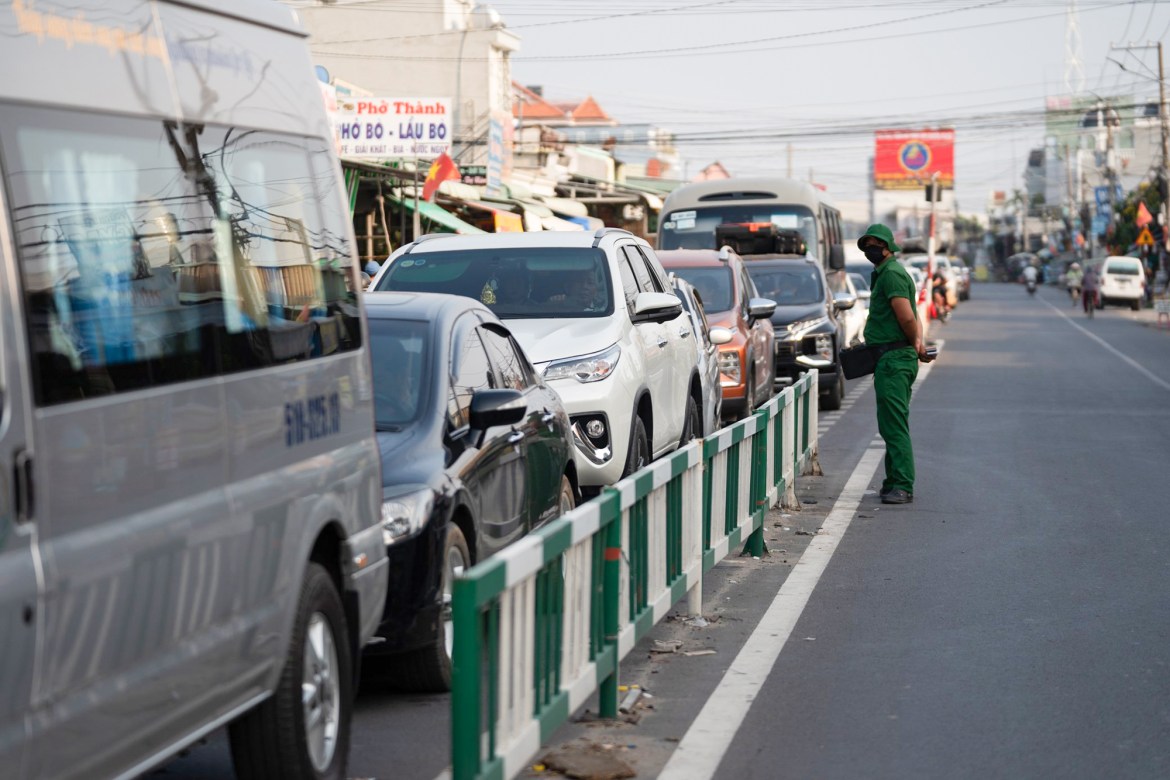 Meanwhile, the ticket sales staff for cars to cross the ferry has to move nearly 1 km from the ferry to sell to customers, thereby reducing congestion. Often times the car can’t move, the staff is quite “hands free”, having to wait to sell tickets to the cars waiting in long lines behind. Many people are quite tired when they have to move and are eager to wait for the ferry to return to Ho Chi Minh City after the holidays.