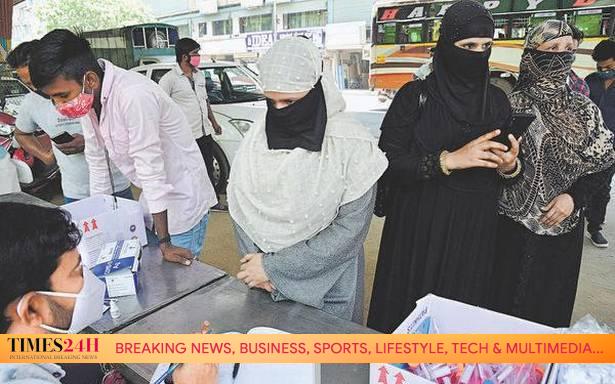 Andhra Pradesh reported close to 1,000 new COVID-19 cases and two deaths, and Karnataka over 2,500 cases, the latter for the second consecutive day on Friday. Kerala reported 1,825 cases with a test positivity rate (TPR) of 3.49% while the incidence was 518 in Telangana on March 25.

Kerala’s cumulative fatalities rose as 14 new deaths were added to the official list. Thiruvananthapuram reported five deaths, Alappuzha and Thrissur two each, while one death each was reported from Kollam, Pathanamthitta, Wayanad, Kannur and Kasaragod.

Of the 1,825 new cases reported, 1,612 cases were believed to be locally acquired infections.

Among districts, Kozhikode reported the maximum new cases at 262.

The number of cases in the Greater Hyderabad Municipal Corporation limits rose from 75 a week ago to 157 on March 25.

Telangana Chief Minister K. Chandrasekhar Rao on Friday ruled out imposition of lockdown under any circumstances and asserted that the State government would not take any hasty steps.

In his reply to the debate on Appropriation Bill in the Assembly, Mr. Rao said there would be no more lockdowns or closure of industries. The government would take all steps to check the spread of infection. He appealed to the public not to panic on reports of lockdown.

Mr. Rao said the decision to close down schools and colleges was painful but it was a temporary measure.

In Andhra Pradesh four districts reported more than 100 cases each for the first time in several months. In the 24 hours ending Friday morning, 984 cases were reported. Active cases touched 4,145, rising from 3,469 on Thursday.

Visakhapatnam and Chittoor districts reported one death each. More than half of the State’s active cases were from Chittoor (766), Krishna (523), Visakhapatnam (504) and Guntur (431).

Nine students in the Bruhat Bengaluru Mahanagara Palike’s school in Jogupalya tested positive. The school was declared a cluster andclosed for 5 days. The students, who were asymptomatic, were admitted to HAL’s COVID-19 Care Centre.

(With inputs from Hyderabad, Vijayawada & Bengaluru)