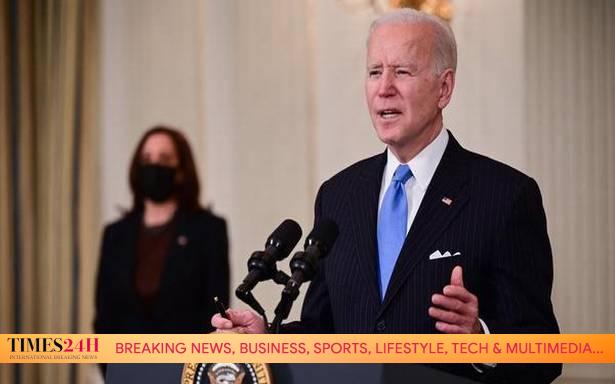 U.S. saw two mass shootings within a week, in which 18 people were killed

Hours after a gunman opened fire in a supermarket in Boulder, Colorado, U.S. President Joe Biden asked Congress to ban assault weapons and mandate stricter background checks for those buying guns. The House of Representatives had passed two laws earlier this month that would require more background checks for potential gun buyers — the Bills are yet to be passed by the evenly split Senate, where it would require a majority of 60.

“I don’t need to wait another minute — let alone an hour — to take common-sense steps that will save the lives in the future, and I urge my colleagues in the House and Senate to act,” Mr. Biden said in remarks delivered at the White House on Tuesday. “We can ban assault weapons and high-capacity magazines in this country once again,” he said, referring to a ban on these weapons between 1994 and 2004.

The U.S. has seen two mass shootings in the span of a week — resulting in a total of 18 deaths. Ten people were reported dead in Monday’s shooting in Boulder. While details of this are still emerging, reports say an assault rifle (AR-15) was used in the attack. Last week, eight people were gunned down, most of them Asian women, at three spas in Atlanta.

“The United States Senate — I hope some are listening — should immediately pass the two House-passed Bills that close loopholes in the background check system,” Mr. Biden said.

“The AR-15 is one of the most popular guns in America, and not just for sportsmen, but also for people that hunt,” GOP Senator from Iowa, Chuck Grassley, said on Tuesday as per the Financial Times.

Senate Majority [Democrat] Leader Chuck Schumer said he would push for a vote on the House Bills in the Senate but it is far from clear that he can get at least 10 Republicans, let alone all Democrats, to support him. Centrist Democrat from West Virginia, Joe Manchin, said he did not support the House Bills.

The U.S. Constitution’s Second Amendment grants the right to bear arms. Fifty-seven percent of Americans felt that gun laws need to be more strict, according to a Gallup poll published in the autumn of 2020.

Forty-two percent or respondents said they kept a gun at home. More than 43,500 people died due to gun violence in 2020, according to the Gun Violence Archive.