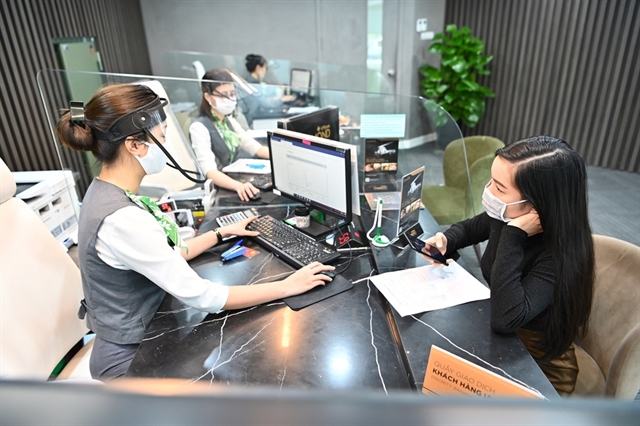 The profit growth of banks this year is forecast at about 10 per cent against 20-25 per cent in recent years mainly due to the requirement to make provisions on COVID-19 affected loans. Photo zing.vn

HÀ NỘI — Banks will have to set aside money for potentially unrecoverable COVID-19 affected loans from this year, according to an amended circular drafted by the State Bank of Việt Nam (SBV).

Last year, the central bank issued Circular 01/2020/TT-NHNN, allowing banks to avoid making the provisions in 2020 to support banks and borrowers affected by the pandemic.

According to SBV deputy governor Đào Minh Tú, the amended circular, which is expected to be issued this month, will support businesses and people with loans, creating conditions for businesses to recover quickly.

According to Cấn Văn Lực, the profit growth of banks this year might be only about 10 per cent against 20-25 per cent in recent years mainly due to the requirement to make provisions for COVID-19 affected loans.

Banks restructured loans worth about VNĐ350 trillion (US$15.2 billion) for COVID-19 affected borrowers by the end of 2020, Lực said, adding if half of the loans became bad loans, the bad debt ratio of the banking system would increase to more than 3 per cent by the end of 2021.

Some banks have already increased provisions for their risky loans.

According to Nghiêm Xuân Thành, Chairman of the State-owned Vietcombank’s Board of Directors, Vietcombank’s bad debt ratio is at 0.61 per cent of total outstanding loans, the lowest level among credit institutions and also the lowest in the history of the bank.

The bad debt ratio of State-owned VietinBank had also declined from 1.2 per cent in 2019 to below 1 per cent in 2020, Trần Minh Bình, general director of VietinBank, said.

Thanks to the bad debt decrease, the bank increased its provisions from 120 per cent to 130 per cent of loans. In 2021, VietinBank aimed to keep the bad debt ratio below 2 per cent while credit was set to grow at 8-11 per cent and profit at 10-20 per cent, Bình said.

It was positive as enterprises were recovering earlier than expected thanks to the central bank’s supporting policies for debt restructuring, helping them overcome the crisis. VNS