Apple’s new Mac Studio and Studio Display units have finally arrived at customers, just over a week after it was announced at the Peek Performance event. 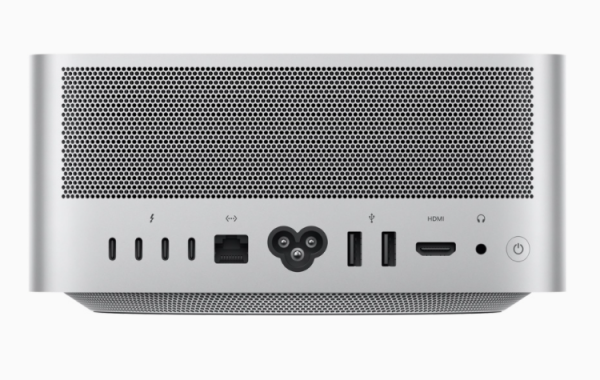 (Photo: Image from Apple website)
Buyer to receive Mac Studio ahead of schedule: $1,999 Apple M1 Max, M1 Ultra, worth it?

According to 9To5Mac, a handful of customers in what appears to be Japan have received their Mac Studios and Studio Display orders before the rest of the world. They recently took to Twitter to post photos of their new hardware:

These units appear to be the first retail versions of the new Apple devices as the ones that got their hands on previous ones were review units. That’s why there are already Mac Studio and Studio Display reviews on the web.

However, there is no indication that customers in other countries have received their order. For now, almost everyone else will get theirs next Friday, March 18, after pre-ordering things last week.

Apple’s announcement of the Studio and Studio Display was met with some excitement in the content creation space. This is mainly due to the hardware capabilities of the systems, which are intended for those who do heavy creative work such as photo, video and audio editing.

The Mac Studio comes with a 20-core CPU, 128GB of RAM, a 64-core GPU, and an insane 8TB of super-fast solid-state storage. Users also get access to a 10-gigabit Ethernet port, six Thunderbolt ports, two USB-A ports, an HDMI port and a 3.5mm headphone jack — something you wouldn’t normally associate with the Cupertino tech giant. nowadays.

Combine this with the Studio Display (capable of 5K resolution) and content creators have a pretty powerful system for doing their job without many compromises.

What critics are saying about Apple’s new workstation hardware

As mentioned, review units for the Mac Studio and Studio Display were shipped early. As such, reviewers have already tried the new hardware, but the reviews for the two couldn’t be more contradictory.

Starting with the Mac Studio, it was fairly well received. TechRadar’s review gave the tiny workstation a 4.5 out of 5, praising it for how much power it packs into a super-compact form factor. The only issues they have with it are typical Apple fare: mouse and keyboard sold separately, extremely high price, and the complete lack of upgrade options.

As for the Studio Display, it was anything but impressive to reviewers. According to The Wall Street Journal, the monitor’s $1599 starting price is never worth it given the other competitors already dominating the market. If you’re “all-in” on Macs, you might like it, but it really doesn’t stand out that much in terms of price-performance ratio. Also, the camera was apparently so bad that Apple promised a fix via a software update (via XDA-Developers).

Here’s the video of the review from WSJ, where the Studio Display was put to the test against competitors from Samsung, LG and Dell.