Another day of turmoil in Bihar Assembly 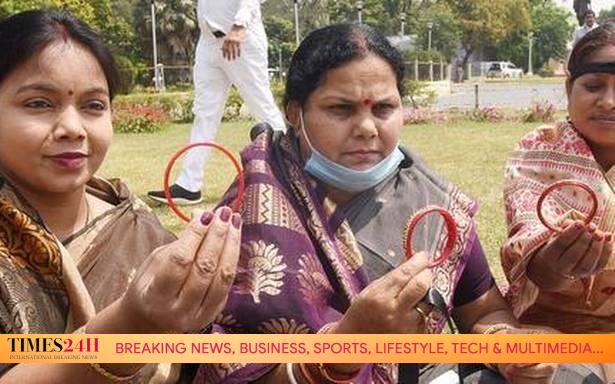 A day after they were evicted from the Assembly by the police after a scuffle, the protesting Opposition Rashtriya Janata Dal legislators held a parallel session on the lawns of the House protesting against the Bihar Special Armed Police Bill, 2021.

Leader of the Opposition Tejashwi Yadav, while condemning the “forcible, brutal police act”, said they would boycott the Assembly for the remainder of its tenure, if Chief Minister Nitish Kumar did not apologise.

The Opposition members led by the RJD had created a ruckus inside and outside the Assembly on Tuesday over the Bihar Special Armed Police Bill, which they called “draconian”.

Outside, RJD leaders had clashed with policemen. Several party leaders and policemen were injured. Inside the House, the protesting Opposition legislators staged a dharna outside the Speaker’s chamber and prevented him from resuming the session to pass the Bill. They were forcibly ousted and allegedly “beaten up and manhandled by policemen” who were called in by the Speaker.

RJD MLA Satish Das was seen being taken out on a stretcher.

Later, an FIR was filed against Tejashwi Yadav and several RJD leaders for clashing with the police at the Dak Bungalow intersection in the city on Tuesday.

Mr. Yadav said the Bill had provisions that would allow the police to conduct searches and arrest anyone without a warrant. The “draconian” Bill, he said, would give absolute powers to the police, so that it could act as a veritable arm of Mr. Nitish’s dictatorial politics.

“My name is Tejashwi,” Mr. Yadav tweeted earlier in the day. “CM Nitish and his puppet officers must know that no govt. is permanent. MLAs were abused and beaten up inside the assembly. They have set an unparliamentary trend. If CM does not apologise for the incident, we may boycott the assembly for the remaining tenure”.

The Opposition’s parallel Assembly session had senior RJD leader Bhudeo Choudhary as the “Speaker”. Members of the RJD, Congress, CPI, CPI(M) and CPI(ML) carried placards with slogans against the NDA government.

Inside the House, JD(U) leader and NDA candidate Maheshwar Hazari was chosen as the Deputy Speaker by voice vote in the absence of the Opposition members.

Meanwhile, the Bihar Special Armed Police Bill, 2021 was passed in the Legislative Council too amid protests by the Opposition members.

Later, speaking to presspersons, Mr. Kumar said the Bill would now be sent to the Governor. “The Opposition should have participated in the debate, instead of creating pandemonium inside and outside the House. We would have replied to each and every question,” he said.

Asked about Opposition’s demand for his apology, Mr Kumar said, neither he nor the ruling NDA members had done anything wrong. “All our MLAs were sitting silently when the ruckus by the Opposition members was going on inside the House. Additional force was brought in by the Speaker as he is empowered to take the decision inside the assembly.”

About the Bihar Special Armed Police Bill’ 2021, Mr Kumar asserted that “it is in favour of the people and I’ve asked home department officials to hold a press conference to answer every query about the Bill to clear the confusion”.