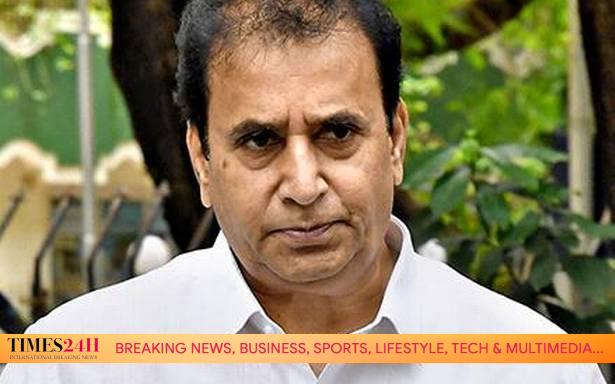 The order had directed the premier investigating agency to initiate the preliminary probe in 15 days. The court has left it to the discretion of the CBI Director to steer the future course of action after the completion of the initial investigation.

The High Court had justified a CBI investigation as Mr. Deshmukh was Home Minister in charge of the State Police. It had said an investigation by an independent agency like the CBI would instil public confidence.

The HC had reasoned that a “fair, impartial, unbiased and untainted” investigation would not be possible with Mr. Deshmukh at the helm. However, Mr. Deshmukh quit office closely after the HC order.

With the filing of the petitions, the controversy concerning Mr. Singh’s allegations have, in a way, returned to the Supreme Court.

On March 24, the apex court had refused to intervene in a petition filed by the former Mumbai Police Commissioner for a CBI investigation into his allegations of corruption and abuse of office levelled against Mr. Deshmukh after his unceremonious transfer to the Home Guards.

Instead, a Bench of Justices Sanjay Kishan Kaul and R. Subhash Reddy had asked Mr. Singh, who was represented by senior advocate Mukul Rohatgi, to approach the Bombay High Court with his plea for an investigation by an independent agency.

In his earlier petition, Mr. Singh had mentioned that his complaints about Mr. Deshmukh were ignored by Maharashtra Chief Minister Uddhav Thackeray and other senior leaders.

Mr. Singh had alleged that Mr. Deshmukh held meetings with “officers of lower rank” like Sachin Vaze, now in custody in connection with the Mukesh Ambani residence bomb scare case, and Sanjay Patil, an ACP with the Social Service Branch, at his residence in February. This was done “bypassing their seniors”. The Home Minister had “instructed” the duo to “accumulate ₹100 crore every month”, Mr. Singh has alleged.

The former top cop had alleged that the Minister, besides using police officers for his “malicious intent of extorting money”, interfered with investigations, ordering them to be conducted in a “particular manner”. He had also indulged in corrupt practices in official postings and transfers of officers.