AMD Vows to Ramp Up Production on Their RX 6000 Series: Are We Seeing Light at the End of the Tunnel?


PC builders and gamers are living in a nightmare right now, with graphics cards mostly costing an arm and a leg. But AMD is vowing to fight just that, making a promise in their recent earnings call. 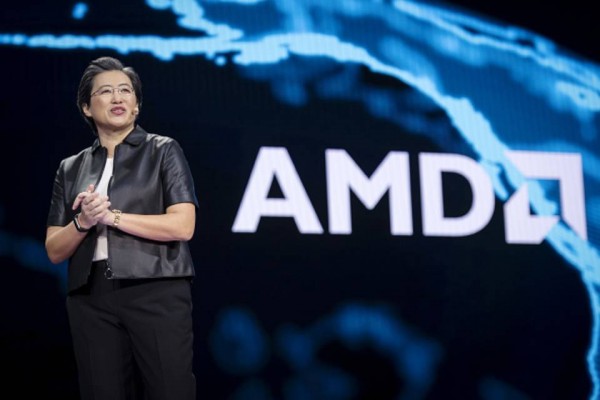 (Photo : Getty Images)
Lisa Su, president and chief executive officer of Advanced Micro Devices (AMD), speaks during a keynote session at the 2019 Consumer Electronics Show (CES) in Las Vegas, Nevada, U.S., on Wednesday, Jan. 9, 2019. Su said that the Radeon VII would go on sale next month, and that the 7-nanometer Epyc and Ryzen desktop CPUs would be released in mid-2019. Photographer: David Paul Morris/Bloomberg via Getty Images

WCCFTech reports that AMD is looking to ramp up the production of their current-gen RX 6000 series graphics cards to hopefully increase supply and ease the market a bit. AMD CEO Dr. Lisa Su claims that the company will be doing what they can to increase the manufacturing capacity for RDNA2 GPUs in the upcoming quarters of the year.

Aside from this, AMD is also expecting RX 6000 series sales to grow with the hopefully shored-up supply in the coming months. But with their chipmaking partner TSMC currently operating at max capacity, AMD is turning to other methods, such as investing in substrate production, as of the moment, as reported by Tom’s Hardware

With the current GPU shortage in full swing, does Team Red’s statement mean gamers are finally seeing some light at the end of the tunnel?

The 2021 GPU-pocalypse in a Nutshell

“GPU-pocalypse” is the best term to describe what’s happening right now, and that’s no exaggeration. The graphics card market is absolutely terrible, that long-time AMD competitor NVIDIA actually restored stocks of older-gen RTX 2060s and GTX 1050 Tis just to give people at least something to buy.

Many people blame the current situation on the cryptocurrency boom, and they’re not wrong in a lot of aspects. Crypto miners were snagging all of the most powerful GPUs in the market because of their mining performance (and by extension, potential profitability). And these miners are also more than willing to pay double, triple, sometimes even quadruple the MSRP so they could get everything. You already know what the end result is. When Will it End, Really?

To try to see a potential end to this crisis, it helps to look back at another time when this same exact thing happened. Let’s turn the clock back to 2017 and 2018.

Cryptocurrency was booming (sound familiar?), and recognizing this, miners snatched up almost every graphics card they can get their hands on. ZDNet.com reveals that in 2017, crypto miners bought a massive 3 million GPUs to build their rigs, and things unfolded almost exactly the way things are going today: GPU prices soaring to the high heavens. But everything has an end, and so did the previous crypto boom. The bubble burst, and GPUs which were bought at scalped prices came flooding the market, to the point that even high-end cards were dirt cheap.

This year’s crypto bubble is going to burst, and it’s only a matter of time. Until then, all that AMD (and NVIDIA) can do with their RX 6000 series and RTX 3000 series is try their absolute best at meeting the insane demand, so prices will go down and gamers can breathe a sigh of relief.