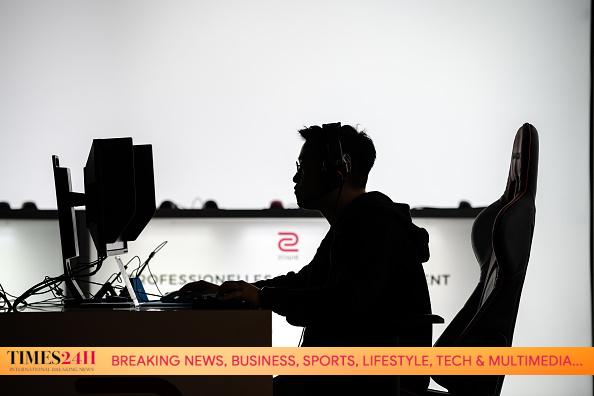 (Photo : Photo by Jens Schlueter/Getty Images)
A participant sits at a computer monitor to play a video game at the 2019 DreamHack video gaming festival on February 15, 2019 in Leipzig, Germany. The three-day event brings together gaming enthusiasts mainly from German-speaking countries for events including eSports tournaments, cosplay contests and a LAN party with 1,500 participants.

This could still happen even if you are already running your game at high resolution. On the other hand, one of the reasons why you are seeing blurry PC graphics is the lack of graphics power to run your favorite title at HD.

Because of this, some people are forced to downgrade their PC graphics. If you are one of these players, then you should try AMD’s Image Sharpening feature. To give you more idea, here’s how you can activate this capability and how it works.

According to PC Mag’s latest report, the Radeon Image Sharpening feature is one of the few technical features that can enhance your gaming or PC graphics qualities.

This PC capability is a post-processing technique that could make your games look sharper without reducing your PC’s performance. Some of its users also confirmed that they are not experiencing any lags or bugs when they activate AMD’s Radeon Image Sharpening feature. (Photo : Photo by Jens Schlueter/Getty Images)
Participants sit at a computer monitor to play a video game at the 2019 DreamHack video gaming festival on February 15, 2019 in Leipzig, Germany. The three-day event brings together gaming enthusiasts mainly from German-speaking countries for events including eSports tournaments, cosplay contests and a LAN party with 1,500 participants.

Aside from this, AMD’s Radeon Image Sharpening capability doesn’t need your games to specifically support it since this feature is compatible with any title you want to play.

All you have to do is use your PC’s DirectX 11, DirectX 12, or Vulkan. You can even use your desktop’s DirectX 9 in some cases.

On the other hand, this graphics sharpening feature also doesn’t affect your game’s contrast, thanks to its smarter contrast-aware process. Meanwhile, Tech Spot also reported that the giant chip manufacturer’s Radeon Image Sharpening feature is better than NVIDIA’s DLSS since its competitor’s technology still suffers from the oil painting effect.

If you want to use it, you still need to have an AMD Radeon RX 470 or other advanced models. But, it could still work on other AMD graphics cards, as long as they support DirectX 11, DirectX 12, and Vulkan-based games.

To activate it, the first thing you need to do is right-click the Radeon Software icon and open your Radeon Settings. After that, you can now go to the ‘Gaming’ tab and select the game you want to access.

Once you already have your game, all you need to do is turn the Radeon Image Sharpening option on.

For more news updates about AMD and its upcoming graphics card capabilities, always keep your tabs open here at TechTimes.

Related Article: Micro-op Cache Vulnerabilities in Modern CPUs Could Not Be Solved by Low-Level Fixes–What These Presented to Researchers?