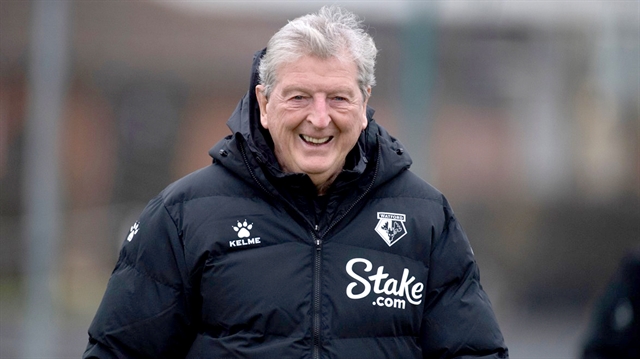 Roy Hodgson is, for the second time, the oldest manager in the Premier League. — Photo courtesy of Watford FC

I do know one thing for sure though; I’m not exactly a good catch. Very much the wrong side of 40, I drink and smoke far too much, work all the time, and the only thing I actually care about is Liverpool FC.

So if you’re looking for a keeper, and I’m not talking about the Alisson Becker variety, then I think swiping left is a better option.

I guess the reason I just don’t get the whole modern-day dating by app thing is my age. The days of meeting the future ex-Mrs Kennedy in a bar are long gone.

Nowadays, you can actually get to know potential suitors simply through endless conversations on apps like Zalo, long before you ever meet.

While I bemoan my hatred of dating apps because of my age, I tend to get the same reply over and over: “Age is just a number”.

And I guess that’s probably the case, but as I fast approach the big 5-0, I do start to look at things a little bit differently and wonder: “When does the time come to start to slow down?”

This week, Watford FC announced Roy Hodgson as their new manager. He is 74-years-old and his appointment makes him the oldest ever manager in the Premier League.

Previously, the oldest ever manager in the Premier League was, you’ve guessed it, Roy Hodgson when he managed Crystal Palace from 2017-21.

In 1976, yeah, that long ago, he became manager of Halmsteds BK in Sweden, leading them to two league titles during a four-year spell in charge.

In the 42 years that followed, Roy has managed a staggering 20 teams, with Watford being his 21st managerial position.

So I don’t think there’s any doubt of his experience, but the big question Watford supporters will be asking themselves right now will be, is Roy over the hill?

Roy is Watford’s 15th manager in the past 20 years since the club was bought by Italian businessman Gino Pozzo in 2012.

I’ve no idea what reassurances Hodgson was given before he agreed to the job, but with a boss as trigger-happy as Pozzo seems to be, I do wonder how long he’ll last.

Throughout his extremely long career, Hodgson has never managed a team that has been relegated.

But with Watford currently sat second from bottom in the Premier League (their next game is against bottom club Burnley) saving the Hornets from relegation could be one of the veteran manager’s greatest ever achievements.

It’s not the time for Roy to be slowing down. He has a mammoth task on his hands over the next few months to save Watford from the drop. Sadly I fear in his case, age is a number, and he may have bitten off more than his dentures can chew. — VNS