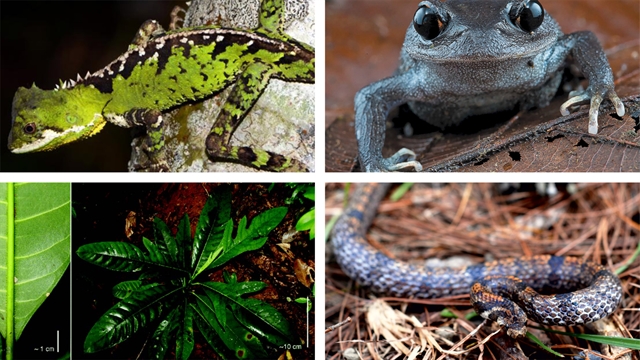 HANOI — 91 new species were discovered in Vietnam in 2020, including 85 endemic species, according to the WWF Greater Mekong Report released this week.

Nguyen Van Tri Tin, Head of Biodiversity Conservation at WWF-Vietnam, said that with the new discoveries, “Vietnam is definitely one of the places full of potential for research and discovery of new species.”

“These species are marvelous creations of millions of years of evolution, but now they are under multiple threats. Many species may become extinct before they are discovered.”

Among the recently discovered species is the big-headed frog, found in Vietnam and Cambodia, which is currently threatened by continuous deforestation, deforestation, and tadpole trapping for food.

Variety of mulberry tree (Artocarpus mountain), native to the mountains of southern and central Vietnam, associated with jackfruit and breadfruit, was first discovered in 70-year-old specimens at the Missouri Botanical Garden, USA. DNA analysis confirmed that this is a new species in 2020.

The report brings together hundreds of studies by scientists from universities, conservation organizations and research institutions around the world.

It also found that 155 plants, 16 fish, 17 amphibians, 35 reptiles and one mammal species were identified in the Greater Mekong Subregion (GMS), bringing the number of new species to 3,007 since 1997.

In other GMS countries, namely Laos, Cambodia, Thailand and Myanmar, 133 new species have been recorded, many of which are threatened with extinction due to habitat loss, deforestation, illegal hunting and trade.

Another new WWF report also warns of a severe decline in the region’s primate population over recent decades due to human activities such as illegal logging, land use conversion and grazing. Hunting and trapping also put enormous pressure on primate populations, putting them at risk of extinction. — VNS