El Salvador Makes Leading Cryptocurrency a Legal Coin in The Country—What Does This Say About the US?

El Salvador has approved Bitcoin to be a legal currency in their country, and they are the first to do so in their latest majority votes for passing the cryptocurrency law. This is a historic moment for Bitcoin, El Salvador, and the entire world, especially now that cryptocurrencies are being accepted and embraced by different nations, and would surely not stop there. 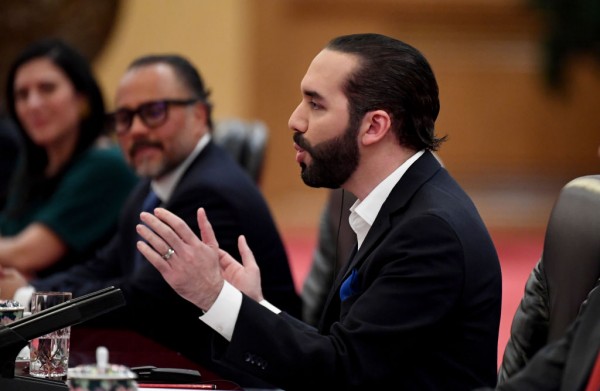 President Nayib Bukele of El Salvador was among the first politicians to show support and fascination over Bitcoins, as most reserve their support for it and were mostly displayed by businessmen. Initially, President Bukele said that Bitcoin would not have any “capital gains” in the country, especially as they plan it to be a legitimate cryptocurrency soon enough.

And that “soon” did not come too far, as developments for the law have been passed to El Salvador’s Congress and the House have already voted on it, with a majority of 62 out of 84 members siding with Bitcoin. President Bukele said that it is a “supermajority” win for Bitcoin, and is now a legitimate currency in the country.

The #BitcoinLaw has been approved by a supermajority in the Salvadoran Congress.

The past 24 hours for Bitcoin’s valuation is massive, as according to Coin Market Cap, $BTC has increased more than 11 percent in the past day. Still, the coin’s price remains at around $37,000, but its current market value cap is now at $695 billion, a massive high for the coin since in the past weeks, it suffered a significant dent due to Elon Musk’s tweets.

Bitcoin is a Legit Currency in El Salvador, What About in the US?

Massive countries like the United States allow trading Bitcoins and have made a league of its own, not letting them enter the stock market which circulates real money and foreign exchanges. And while the SEC oversees most of it, cryptocurrency is still a form of online coin for the US, and not considered as real money like in El Salvador.

Now that El Salvador has made it a legal currency among its jurisdictions, what does this say to other countries, especially massive ones and world leaders? This law by El Salvador may inspire or spark a change among others, and soon enough, a lot of them would do the same, and not limited to Bitcoin.

However, for the time being, the United States shows no plans of following El Salvador’s footsteps, especially as there are still those who are not in favor of cryptocurrency.

1. Great weather, world class surfing beaches, beach front properties for sale.
2. One of the few countries in the world with no property tax.
3. No capital gains tax for #Bitcoin, since it will be a legal currency.
4. Immediate permanent residence for crypto entrepreneurs. https://t.co/j3eugJQCMd

Most of El Salvador’s Citizens Do Not Own Bank Accounts

And while this is a win for the country, the report on El Salvador shows several concerns on the country’s citizens, as they would be one of the significant people to use Bitcoin in their daily transactions.

The concern is that most El Salvadorians do not own bank accounts, and for trading cryptocurrencies like $BTC, they need to secure these among other details.

Related Article: Cryptocurrency Rises Despite Elon Musk’s Tweets | Could the Tesla CEO Be Losing His Power?