WhatsApp released a new feature called “fast playback” on June 4. Users will now be able to play long, and even irritating voice messages at a much quicker speed. 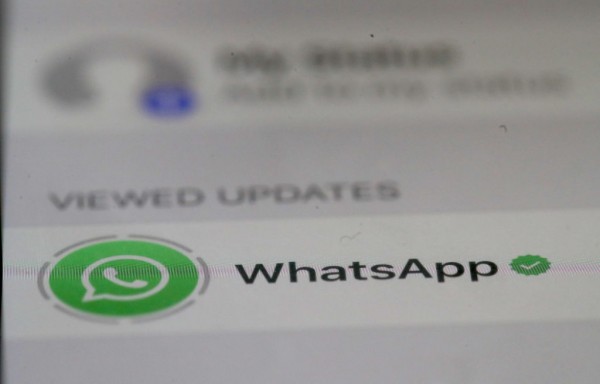 (Photo : by Justin Sullivan/Getty Images)
SAN ANSELMO, CALIFORNIA – MAY 14: The WhatsApp messaging app is displayed on an Apple iPhone on May 14, 2019 in San Anselmo, California. Facebook owned messaging app WhatsApp announced a cybersecurity breach that makes users vulnerable to malicious spyware installation iPhone and Android smartphones. WhatsApp is encouraging its 1.5 billion users to update the app as soon as possible.

Some prefer communicating through voice messages as it is more personal and more accurate in showing emotions, The Next Web noted. In addition, people who deem texting as difficult are also devotees of the said communication mode.

However, some users say it does not allow swift scanning when compared to text messages.

It could result in eating up more time from the recipient, which some find frustrating. With the current playback mode available, if the receiver failed to catch the message the first time, it will prolong the process.

WhatsApp developers must have been experiencing the same frustration some users dread.

What is ‘Fast Playback?’

Users via beta mode first experienced the feature on April 27. It allowed users to change the playback speed, and was initially available for Android beta users.

Live Mint reported that the “Fast Playback” has since been rolled out to iOS devices in beta mode as well.

As per Pocket-Lint, users will have varying speeds to choose from — 1x, 1.5x, and 2x. It also noted that despite the playback speed alteration, the voice pitch does not become funnily high-pitched or chipmunk-like.

WhatsApp said in a statement via Live Mint that: “These days we need all the time-saving tips and tricks we can find. This is why voice messages on WhatsApp are a particularly useful tool for people short on time, who are multitasking, or who have friends and family in different time zones.”

How To Use ‘Fast Playback’

The latest feature of the messaging app can be used by following these step-by-step guide:

The default speed will be 1x. So, users will have to manually choose the speed they desire. Moreover, the feature is available across desktop, iOS, and Android platforms.

To receive the new feature, the app needs to be updated to the 2.21.101 version or anything later than that. And just like that, voice messages that are annoyingly too long for someone’s sanity could now be played in a shorter span.

In other WhatsApp news, it has confirmed that multiple device use is coming in a month or two.