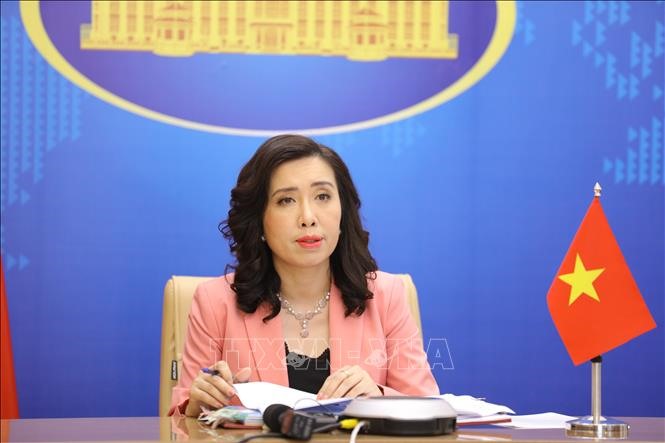 
HÀ NỘI — A number of questions on issues in the South China Sea (called East Sea by Việt Nam) were raised at a regular press briefing of the Ministry of Foreign Affairs (MOFA) on Thursday.


“All acts of patrol and military exercises by Chinese Taipei in the waters surrounding Taiping Island which is a part of Việt Nam’s Spratly islands, are a severe violation of Việt Nam’s sovereignty over these islands. Such actions threaten peace, stability, safety and security, escalate tensions and further complicate the situation in the East Sea,” she said.


“Việt Nam strongly opposes such actions and asks Chinese Taipei to cease all acts of violation and prevent repetition in the future,” she said.


The Voice of Vietnam (VOV) raised a question over Việt Nam’s response to the report that the Filipino Department of State recently criticised Chinese coast guard vessels for using water cannons to prevent Philippines’ vessels to provide support for their troop stations at the Second Thomas Shoal (Bãi Cỏ Mây) which belongs to Việt Nam’s Spratly Islands.


“Việt Nam asks all concerned parties to observe international laws including the United Nations Convention on the Law of the Sea in all of their activities in the East Sea, avoid actions that may complicate the situation and contribute to maintaining peace, security, stability and legal order at sea in the region,” she said. — VNS