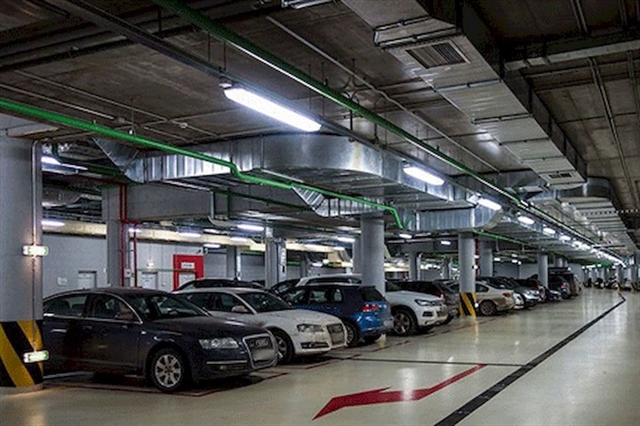 HÀ NỘI ­— As of July 2021, Hà Nội’s population reached over 8 million, increasing by almost 200,000 people per year on average. The capital city continues to grow, and new solutions are needed to manage this expansion. One idea being considered is further utilising underground spaces.

According to figures from the city’s traffic police, there are about 7.6 million vehicles registered in Hà Nội, excluding 1.2 million vehicles from other cities and provinces that regularly travel to the city.

The growth rate of spaces for vehicles has not kept pace with this increase in vehicles, leading to an urban infrastructure overload, traffic congestion and air pollution.

One solution is to build an underground traffic system or even entire underground urban areas.

Since 1996, a number of commercial centres and hotels in Hà Nội have built two to four levels of basements.

The city has also built a number of underground intersections such as underground tunnels of Kim Liên, Thanh Xuân and Trung Hoà, as well as underground technical infrastructure systems in drainage, electricity and water supply lines.

By the end of 2020, a private housing project in Bà Đình District on an area of more than 300sq.m will include up to four basements.

Dr Phạm Hùng Cường, former head of Architecture and Planning at the Hà Nội University of Construction, said: “The development of underground space includes two aspects of public space and public transport system. If done well, it will solve a lot of urban problems.

“However, Hà Nội is only in the early stages of developing these two aspects. If there was no planning soon there will be many difficulties. The first problem will be the basements of the high-rise buildings that had been built,” Cường said.

“By that time, the underground traffic routes will have to go around, which will be costly and controversial. This is the case regarding the C9 underground station near Hoàn Kiếm Lake,” he said.

Therefore, Hà Nội needs to focus on underground planning sooner rather than later, to develop a plan that aligns with the whole city.

In addition, there are no recommendations and research results for land use plans for building underground spaces, according to the director of the Hà Nội Planning and Architecture Department, Nguyễn Trúc Anh.

Adjustments in how construction in Hà Nội is planned are needed, with proposals on specific locations, areas, and scope of the city’s main underground spaces, as well as planning how to maximise land and urban space, he said.

The Hà Nội Construction Planning Institute has just completed an underground space project for the city and submitted it to the municipal People’s Committee for approval in the near future.

According to the plan, underground road traffic routes are mainly arranged at intersections, squares, railway and metro stations.

Notably, 79 underground public parking lots will be built in nine inner-city districts. Total construction will cover an area of 107 hectares.

The parking areas will be from three to five level basements, in combination with commercial and service centres.

Underground stations for the urban railway network will be the nucleus of future underground public spaces around a radius of 500m.

There will be 65 underground public spaces with a total area of 2,171 hectares. – VNS