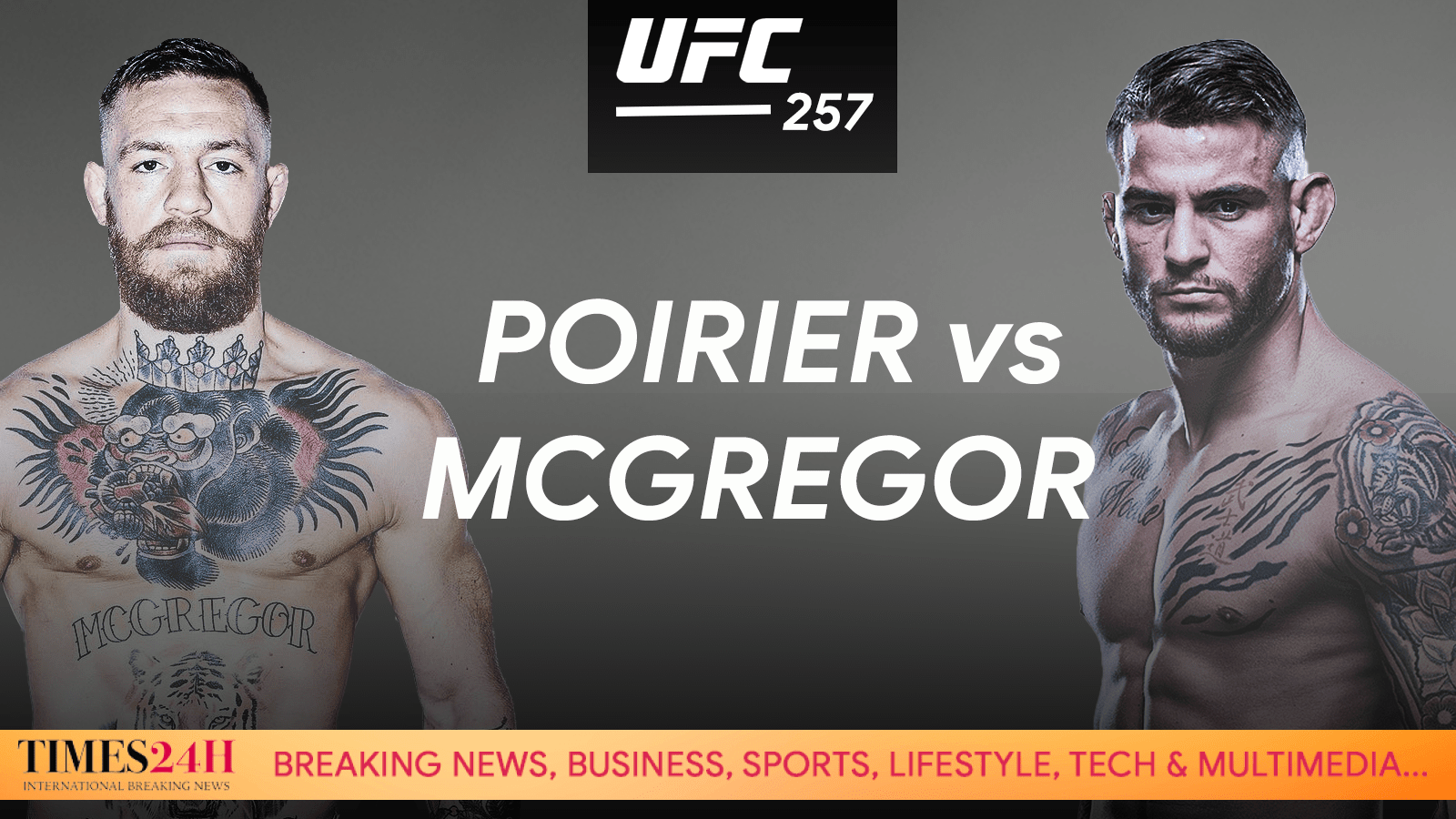 Khuong Vo1 month agoNo comment
Poirier is about to clash against McGregor.
5
(1)

UFC 257 happens this Jan. 23rd and it is the first pay-per-view show of 2021. Dustin Poirier and Conor McGregor is definitely the most watching match of the show UFC 257.

UFC 257 is the first pay-per-view show of Ultimate Fighting Championship in the year 2021. This show marks the welcome back of the former Lightweight champion, Conor McGregor. Dana White, CEO of UFC, said that he hoped he could invite Khabib Nurmagomedov back as well. Nonetheless, the match between Conor McGregor and Dustin Poirier remains to be the top match of the UFC 257 night.

Poirier will have a chance to avenge the defeat that has stayed on his mind for more than 2.000 days. Their rivalry began six years plus ago, since 2014. He joined in the clash against McGregor right after the former Cage Warriors’ fighter joined the UFC Featherweight rosters. For Poirier, McGregor is always an outsider.

Their first match happened in the Featherweight bout at UFC 1978. According to Poirier, that weight cast is a disadvantage for him. The American fighter confessed that the weight cut costs him more than benefits. It weakened his ability to accelerate the strikes and consequently led him to a big defeat.

He said that the loss against McGregor was a haunting memory of himself, and he wants a revenge.

After the first knock-out defeat at UFC 178, Poirier can finally have his chance for a victory against McGregor.

Poirier is more emotionally controllable right now, and he has a better diet plan than he used to have. What cost him a lost against McGregor was totally fixed by Poirier.

In a statement before this match, Poirier admitted that he was no longer an emotional fighter. The Louisianan said that he controlled his emotion fairly well and will use that advantage to top Conor McGreogr.

Besides controlling his emotion better, Poirier is in a better shape right now. He emerged to be a tougher, more durable, and more powerful fighter in the last few years under the coaching process of coaches Mike Brown and Dyah Davis.

Poirier even began to build up his reputation among the UFC fighters, beating former UFC titleholders like Max Holloway, Eddie Alvarez, Justin Gaethje and Anthony Pettis. McGregor also followed the same path as he uplifted himself from the featherweight to lightweight in 2016 and became the first simultaneous two-weight champ.

Poirier said that McGregor is a tough fighter to overcome, but he has well-prepared for this match and ready to avoid the same result as what has happened in the night of UFC 178.

But that should be the goal for him because every minute that ticks off of that clock is just a tougher fight for him. The deeper this thing goes, the more tired we get, the more we suffer, that’s in my favour.

Poirier is confident about the match, and so do McGregor. The Irish fighter said that he could unleash a war against his American fighter. He said that it would be interesting fight and if Poirier could stay longer, it would be the best opening match of the year 2021.

In the end, both fighters are nominated for a contender spot for the champion fight of the Lightweight class. White admitted that he could ask Nurmagomedov to return and make a champion fight between the undisputed champ and whoever wins in the match between Poirier and McGregor.