Ubisoft Aims to Reduce Carbon Footprint, Execs’ End-of-Year Incentives Would Depend on it

Ubisoft has devised its plan for the company executives who receive annual incentives. The video game publisher now aims for a more sustainable and more nature-friendly approach of pushing its campaign to a proactive carbon reduction movement for this year. 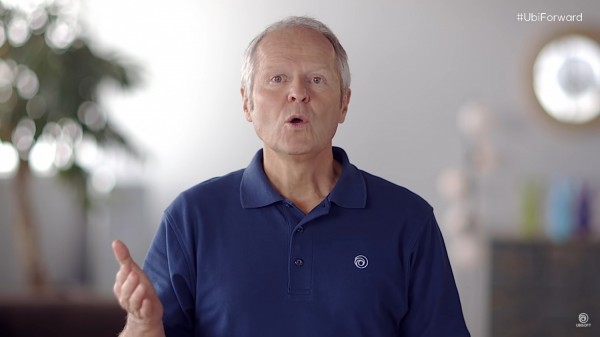 Earlier this week, Axios Gaming reported that there is a new corporate filing that Ubisoft has released. The recent document highlighted that instead of diversifying the company’s workforce, it would push to lessen the carbon footprint for a more environment-friendly drive.

For the division of the bonuses, 60% would rely on the Ubisoft shareholders. 20% of them would be coming from the consumers who actively buy their games, and another 20% would be intended for the carbon reduction purpose in the 2022 financial year.

Previously, Ubisoft has stuck with its original agenda of increasing the “gender diversity of teams” in 2020. At that time, the board of directors of the company said that they were pushing for women’s participation which would account for 24% before 2024. This was the basis of the executives’ year-end bonuses.

Now, the video game company has shifted its path for a different objective amid criticisms about labor abuse involving its employees and several management leaders.

Read Also: Ubisoft Exec Says ‘It Wouldn’t Be The Same’ If Vivendi Takeover Pushes Through

What Pushed Ubisoft to Move to an Environment-Focused Initiative?

According to GameIndustry.Biz, CEO Yves Guillemot said that Ubisoft has already finished dealing with the previous allegations involving the former executives despite minimal progress that has been made.

On top of the carbon reduction practice, the company still prioritizes gender diversity expansion which remains a factor of the executives’ incentives.

“The gender diversity of Ubisoft teams is the CSR criterion defined last year for the FY23 long-term compensation incentive, which aims to accelerate our progress in this area and remains a key and strategic topic for the company moving forward,” publisher’s spokesperson said.

Furthermore, the filing has also pointed out that the “ecological disasters” have something to do with its partners, investors, and consumers. For this reason, Ubisoft has decided to amplify its “strategic vision” for the environmental problems in the long run.

According to the filing, the “criticality” of this issue has accelerated, the board wrote, due to “the multitude of ecological disasters and the growing attention of public institutions, investors, consumers, and teams.”

By 2030, the team sets its goal to be carbon-free. In addition, it also pursues the 100% use of renewable energy. Aside from that, Ubisoft wants to focus on prolonging the lifespan of their equipment to minimize carbon footprint and electrical consumption.