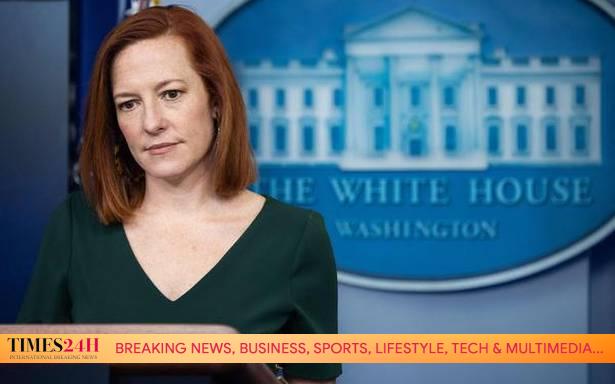 This is a positive step towards greater peace and stability in South Asia which is in our shared interest and we encourage both countries to keep building upon this progress, says White House Press Secretary Jen Psaki

“…The United States welcomes the joint statement between India and Pakistan: that the two countries have agreed to maintain strict observance of a ceasefire along the Line of Control starting on February 25th.  This is a positive step towards greater peace and stability in South Asia, which is in all shared — is in our shared interest.  And we encourage both countries to keep building upon this progress,” Press Secretary Jen Psaki said at Thursday’s briefing.

In response to a question on the U.S. role, if any, in brokering the agreement between India and Pakistan, Mr Price did not identify any specific actions but articulated the general U.S. position – a reduction in tensions and a condemnation of cross-border terror as well as a dialogue on Kashmir and other issues.

“I think what I can say and what you’ve heard me say from this podium and others from this administration say is that we had called on the parties to reduce tensions along the Line of Control by returning to that 2003 ceasefire agreement. We have been very clear that we condemn the terrorists who seek to infiltrate across the Line of Control,” he said.

“ When it comes to the U.S. role, we continue to support direct dialogue between India and Pakistan on Kashmir and other issues of concern. And as I said just a moment ago, we certainly welcome the arrangement that was announced that will take place – go into effect, I should say, on February 25th.”

Former U.S. President Donald Trump had ruffled feathers in New Delhi with repeated offers to mediate between India and Pakistan on the Kashmir issue. Mr. Trump had announced in July 2019 that Prime Minister Narendra Modi had asked him to mediate on Kashmir with External Affairs Minister S Jaishankar “categorically” assuring Parliament that no such request was made.

On Thursday, Mr. Price was asked about the relationship the Biden administration would have with Pakistan – given the “warm relationship”  Mr Biden had with Pakistan when he was Vice President (especially in the Afghanistan context) – and how he intends to stay neutral between India and Pakistan.

“Well, Pakistan is an important partner with whom we share many interests. We, as I said, have been clear in terms of this issue. Obviously, Pakistan has an important role to play when it comes to Afghanistan and what takes place across its other border. So clearly we will be paying close attention, and we urge the Pakistanis to play a constructive role in all of these areas of mutual interest, including in Afghanistan, including with Kashmir, including with our other shared interests,” he said.

On whether Pakistan was doing enough in terms of cross border terrorism, Ms Psaki referred the question to the State Department and intelligence team for an assessment  but said the U.S. will remain “ closely engaged”  with a “range of leaders and officials in the region, including those in Pakistan.”

Meanwhile, U.N. Secretary-Genera Antonio Guterres has welcomed the joint statement made by the two countries.

“ The Secretary-General is encouraged by the joint statement issued by the militaries of India and Pakistan on their agreement to observing the ceasefire at the Line of Control in Kashmir and engaging through established mechanisms,”  spokesperson for the U.N. Secretary General Antonio Guterres said.

“ He hopes that this positive step will provide an opportunity for further dialogue.”