U.S. Secretary of State speaks with Daniel Pearl’s family, assures them of justice 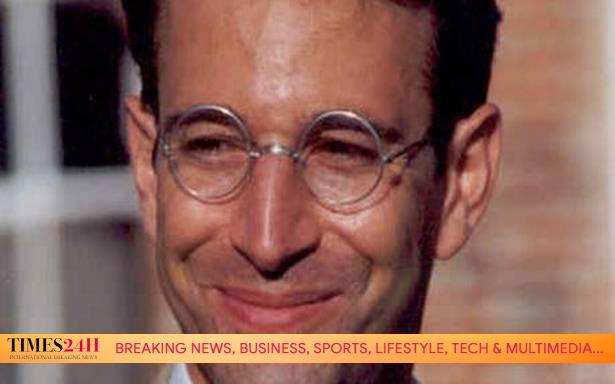 Pearl, the 38-year-old South Asia bureau chief for The Wall Street Journal, was abducted and beheaded while he was in Pakistan investigating a story in 2002 on the links between the country’s powerful spy agency ISI and al-Qaeda.

Secretary of State Antony Blinken has spoken with the family of slain American journalist Daniel Pearl, and assured them that the U.S. government remains committed to pursuing justice and accountability for those involved in his kidnapping and murder in Pakistan.

Pearl, the 38-year-old South Asia bureau chief for The Wall Street Journal, was abducted and beheaded while he was in Pakistan investigating a story in 2002 on the links between the country’s powerful spy agency ISI and al-Qaeda.

“Blinken spoke with members of the family of Daniel Pearl and their representatives today to assure them that the U.S. government remains committed to pursuing justice and accountability for those involved in Daniel’s kidnapping and murder,” State Department Spokesperson Ned Price said on April 2.

Last week, Pakistan’s Supreme Court criticised the prosecution for its failure to prove the guilt of British-born al-Qaeda terrorist Ahmed Omar Saeed Sheikh, the main accused in the sensational kidnapping and murder of Pearl in 2002.

His murder took place three years after Sheikh, along with Jaish-e-Mohammad chief (JeM) Masood Azhar and Mushtaq Ahmed Zargar, was released by India in 1999 and given safe passage to Afghanistan in exchange for the nearly 150 passengers of hijacked Indian Airlines Flight 814.

The beheading of the American journalist in 2002 had grabbed international headlines. Sheikh and his three aides — Fahad Naseem, Sheikh Adil and Salman Saqib — were convicted and sentenced in the abduction and murder case of Pearl in Karachi in 2002.

The Sindh High Court on April 2, 2020 commuted the death sentence of Sheikh convicted of kidnapping and murdering U.S. journalist Pearl in 2002 to seven years and acquitted three others who were serving life terms in the case – almost two decades after they were found guilty and jailed.

The Supreme Court on January 28 ordered authorities to release the accused while issuing a split order.

It ordered that three others, who had been sentenced to life in prison for their part in Pearl’s kidnapping and death, also be freed.

Reacting to the acquittal, Blinken, in a strongly worded statement in January, urged Pakistan to explore all legal options to ensure that the killers of Pearl are brought to justice.

“The United States is deeply concerned by the Pakistani Supreme Court’s decision to acquit those involved in Daniel Pearl’s kidnapping and murder and any proposed action to release them,” he said.

The Supreme Court judgment said the majority of judges were entertaining no amount of doubt that prosecution had failed to bring home guilt of the accused/respondents and appellant as the evidence furnished during the trial is full of factual and legal defects.

Voicing outrage over the acquittal of Sheikh and his aides, the White House had asked Pakistan to expeditiously review its legal options, including allowing the U.S. to prosecute them to secure justice for Pearl’s family.

Amid mounting pressure from the U.S. and the UN, the federal government filed an application before the apex court to be allowed to join as a party in the proceedings and further seek review and recall of the court’s January 28 judgement.