Twitter Spaces Gets a Dedicated Tab in the App for Some Users — What’s New?

Twitter Spaces is still in the early stages, but it will now have its dedicated tab in the app. The Clubhouse-like audio-only feature is placed right in the middle of the navigation bar. 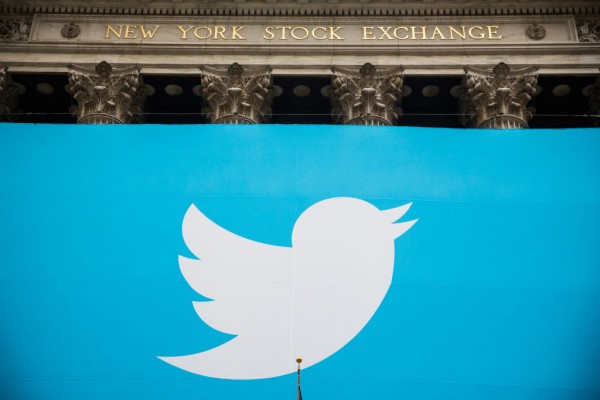 (Photo : Andrew Burton/Getty Images)
NEW YORK, NY – NOVEMBER 07: The Twitter logo is displayed on a banner outside the New York Stock Exchange (NYSE) on November 7, 2013 in New York City. Twitter goes public on the NYSE today and is expected to open at USD 26 per share, making the company worth an estimated USD 18 billion.

Now that Twitter is incorporating the audio-only function in the app, it seems that the social media giant is definitely taking the competition with Clubhouse seriously.

Clubhouse is the pioneer of audio-only chat rooms. And when Twitter noticed its sharp rise to fame, it had to follow through.

However, in terms of rollout, the latter has been getting ahead of the former.

The micro-blogging social media giant rolled out the said feature on May 4 for both Android and iOS users. Although, it was only limited to users with 600 followers or more.

The audio-only social media pioneer, on the other hand, launched outside of iPhone users on May 9. But unlike Twitter, it was only available in the United States at that time. It only reached across the globe on May 16.

Tech Crunch first reported that the company is giving Spaces its own tab on the app. It will be added to the existing options in the navigation bar.

When the rollout finishes, there would be five icons in the bar.

However, the Spaces discovery tab will only be available to some original Spaces beta users for now. About 500 selected pioneering users are subject to enjoy it first as it is still being tested.

A Twitter spokesperson told Engadget that the new tab shows more details from each room. The names of the hosts and their participants will now be visible to the users. It could help people determine if they are interested in entering the “Space.”

The new tab is dedicated to allowing users to discover more conversations outside their own circle. It will be recommending rooms even if it does not have any of your followers inside it. With it, hosts are also expected to meet more audiences outside their close network.

Engadget added that the new update creates a distinction between Fleets and Spaces. Currently, the two fresh features of Twitter are cramped up in the home section.

The app revamp was first hinted at by Jane Wong, an app analyst, on March 18. The leak showed the Spaces tab in the middle of the navigation bar — similar to what Twitter rolled out today.