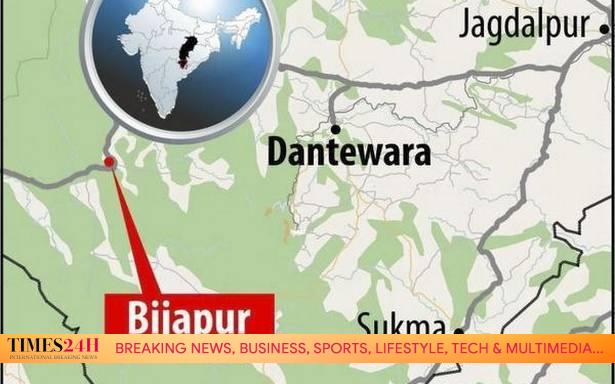 The major news headlines of the day, and more.

According to the police, some Naxals are also suspected to have been killed during the exchange of fire.

On April 2, the poll panel banned Mr. Sarma from campaigning for the April 6 polls for 48 hours after finding that a speech he made violated the MCC. He had said Bodoland People’s Front chief Hagrama Mohilary would be jailed if he engaged in extremism.

The battle lines are drawn between those who set store by the certitude encapsulated in the Left Democratic Front’s (LDF) catchphrase “Urappanu LDF” (‘It’s LDF, for sure’) and those who don’t.

The Union Home said the development of Tamil Nadu could happen only when the corruption and dynastic politics of the DMK and Congress were eliminated.

In its analysis of affidavits of 372 of 373 candidates from 44 constituencies, the Association for Democratic Reforms found that 17% of them had serious criminal cases.

Mr. Vaze was arrested on March 13 by the central agency that was charged with sections of Unlawful Activities Prevention Act. After arresting him at 11.50 p.m., the NIA’s spokesperson had said he was arrested for his “role and involvement in placing explosives laden vehicle near Carmichael Road.”

The farmers were protesting against the Chief Minister’s visit as part of their boycott of the Bharatiya Janata Party and Jannayak Janta Party leaders in the State in view of the ongoing agitation against the three farm laws.

Mr. Khan decided that Pakistan cannot go ahead with any trade with India under the current circumstances after holding consultations with key members of his Cabinet on importing cotton and sugar from the neighbouring country.

A cybersecurity attack targeted a vulnerability in Accellion, a third-party vendor that is used to securely transfer files, the university said in a statement.

The properties include two resorts in Gangtok and Alappuza, office premises and land parcels, owned by various entities of one Carnoustie Group.

Indore and Hyderabad have been kept as stand by venues for the IPL in case the COVID-19 situation spirals out of control.