Amazon’s Alexa is capable of keeping all your audio recordings, according to a viral TikTok video uploaded by a woman.

Upon requesting all the possible data from her smart home gadget, she was shocked after knowing that the company knows almost everything about her. 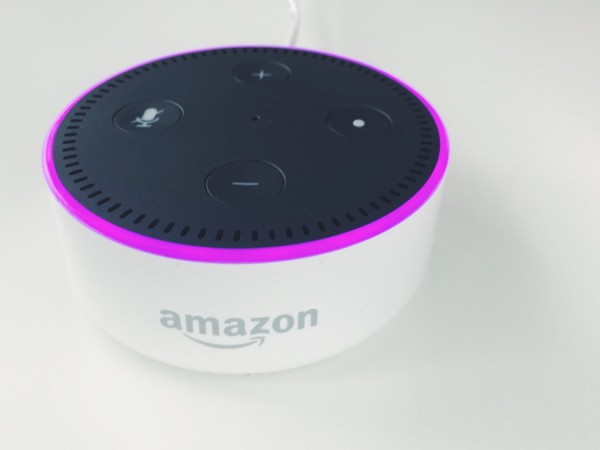 (Photo : Find Experts at Kilta.com from Unsplash)
A viral TikTok video shows that Amazon could record and save all your audio clips without your permission. The woman reveals the scary part behind the devices.

According to a report by The Independent on Friday, Oct.22, a woman on TikTok found out that Amazon has been keeping a lot of voice data from her device. For context, she has two Amazon Echo Dot speakers and an Echo device for the smart light bulbs.

After receiving the requested data from Amazon, she immediately downloaded the ZIP file inside the folders. She found out that thousands of her short recordings were stored here. The TikTok user described her discovery as “scary.”

Furthermore, the woman explored each file and saw 3,534 clips there. In addition, she mentioned on her TikTok video that she could not recall syncing Amazon Alexa to the “Contacts” file which is a storage of her conversations with other people through her device.

The woman pointed out that Amazon could also possibly know her location. Moreover, she also spotted another mysterious file that tells about the “exact” area where her smart speakers are placed.

In line with the TikTok that made rounds online, an Amazon spokesperson said that they grant the users control and transparency when using Alexa, News.com.au reported.

The company representative added that they also have the option to review and delete the short voice clips. They could also choose not to save them any time they want.

In addition, the importing of phone contacts to Amazon’s Alexa is optional according to the spokesperson. The customers are free to disable this feature, as well.

Read Also: [VIRAL CULTURE] Most Notorious TikTok Challenges That Deserve a Ban and Their Horrific Consequences

How to Request Data From Amazon

The Independent wrote that there’s a way to ask the company about your recordings and other files. All you need to do is to access the Request My Data page by clicking here. From there, you can now submit a request to the firm about particular information that you want to obtain.

For extra tips, you can erase your short voice clips in the Alexa App. If you are either an Android or iOs user, you can start by going to your phone’s Settings and looking for “Alexa Privacy.”

After that, click the “Manage Your Alexa Data.” Next, you can now remove the recordings automatically. To activate this setting, tap “Off.” By using this trick, you can also identify the duration of your data before you delete them.

A few years ago, an Oregon woman complained that her Amazon Echo Dot recorded her private conversations with her husband without consent. She later found out that it was sent to a random person.

Last week, the Amazon Ring Doorbell was reportedly keeping all the voice recordings of a woman through a phone. The involved woman sued her neighbor who installed the smart home device without her permission.