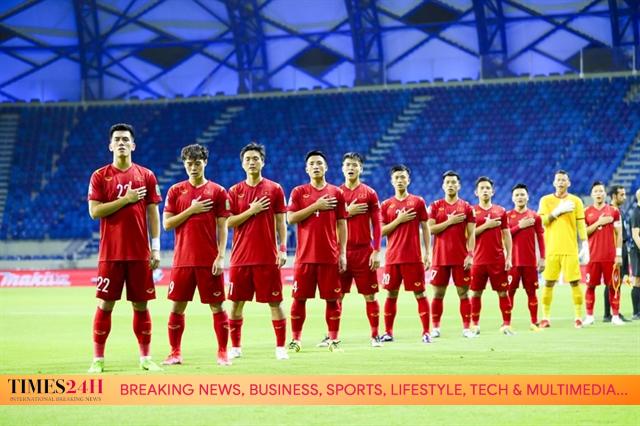 The national team’s next World Cup opponents will be revealed on Thursday. — Photo thanhnien.vn

With the draw for the third round of World Cup qualifying just days away, it’s time for some dreaming.

At 2pm on Thursday, the Asian Football Confederation will draw the 12 teams into two groups of six and with Việt Nam in the lowest-seeded pot, Park Hang-seo’s men are going to go up against some of Asia’s best.

Rather than lament about what an uphill battle it’s going to be, I thought why not figure out what my dream draw for Việt Nam would be, taking into account their chances of pulling off upsets and which countries it would be most fun to see Nguyễn Quang Hải et al take on.

First off, Việt Nam will face either Iran or Japan from the top-seeded pot and I’d rather face Japan, if only because it’s a shorter trip and therefore a slightly less daunting away leg, but however you slice it, the fixtures against the top team are going to be tough to get anything from.

There are no mugs in the second pot either, as either South Korea or Australia lie in wait. Both countries have large Vietnamese communities so if crowds are permitted, Việt Nam should have some backing in the away fixtures, but for me, it has to be South Korea. Who wouldn’t want to see if Quế Ngọc Hải can put Son Heung-min in his pocket?

Next up it’s the UAE or Saudi Arabia and this one’s a bit of a toss-up.

On the one hand, Việt Nam have taken on the UAE recently, so another pair of fixtures against them could be a bit dull. On the other side of the coin, Việt Nam did win all three points at home and almost snatched a draw away, so maybe another tilt with Bert van Marwijk’s side could yield some much-needed points. Ultimately though, variety is the spice of life, so give me Saudi Arabia.

Pot four consists of Iraq and China, and with the greatest respect to Iraq, this one’s an easy choice. The senior national team last played China almost 10 years ago in 2012 and a pair of competitive fixtures in the coming months would be highly anticipated in both countries, to put it mildly.

China was also the site of arguably Vietnamese football’s greatest moment with the run to the final of the AFC U23 Championship in 2018, and many members of that team are now fixtures in the senior squad. What price a repeat?

It’s also a pair of winnable fixtures for Việt Nam in my book, so all the more reason to hope the two neighbours are drawn against each other.

Finally, Việt Nam will be drawn with either Syria or Oman and to be honest, you could fill several books with what I don’t know about football in both of those countries. Based on their form in the second round of qualifying, Oman are the weaker of the two teams, so give me the away trip to Muscat.

Whichever countries get pulled out of the hat, Vietnamese fans are in dreamland to have made it this far. Let’s hope we’re not in for a rude awakening. — VNS