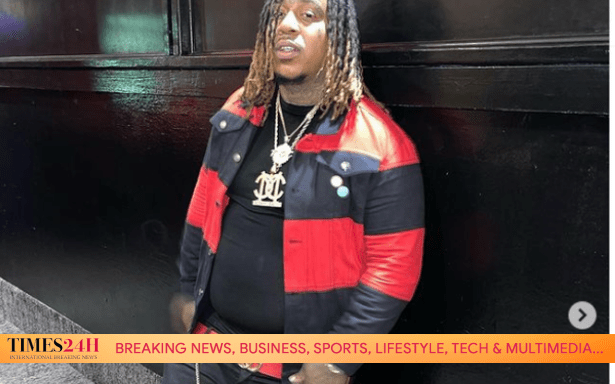 A shooting on Interstate 85 in suburban Atlanta has claimed the life of a rising Texas rap artist, one of two interstate shootings in the metro area within an hour, authorities said Saturday.

Corporal Flynn said the suspect fled and a motive in the slaying was unknown. Police gave no immediate description of the suspect’s vehicle and have made no arrest.

The shooting was one of two that took place on greater Atlanta interstates on Friday. An hour before Mr. Detiege was killed, someone shot a driver in the head on Interstate 75, authorities said. That man remains hospitalized.

A witness told police that the shot was fired after two cars tried to occupy the same lane. The shooter fled.

“It’s been a crazy night,” Corporal Flynn said of the shootings, which come after four similar incidents on area interstates already this year.

Rapper Bun B was among several artists who expressed condolences on social media after the death of Mr. Detiege.

“Damn. This was a good man. Humble. Hard working. Loyal. Determined. Focused. And he had the talent. Queen saw him and told @boneafied “That boy is good. If he don’t have a manager you should do it.” And he did, putting everything he had in it. We are heartbroken this morning and send our deepest condolences to D, Bone and all of his family, friends and supporters. Buy or stream his music and let’s keep his memory alive. #RIPChuckyTrill,” his post said.

Chucky Trill was managed by Bone of Boneafied Entertainment, who also manages Bun B.

The shooting came ahead of the NBA All-Star game on Sunday in Atlanta. But Flynn could not confirm whether Mr. Detiege was in Atlanta for the game.

Chucky Trill released his album “Music for the Soul” in 2018 and had more music in the works, the Houston Chronicle reported.

Police said the recent trend of interstate shootings in Atlanta is very concerning.

“Not only can the person lose control of their car after being shot or injured by a gunshot, but also if you are shooting from a moving vehicle and there’s other moving vehicles around, you could be shot,” Corporal Flynn said.

He said police are urging anyone with information about either of the shootings Friday to contact authorities.