Tesla Referral Program That Gives Awards to Existing Users Ends on All Products, Except One

Tesla’s Referral Program has now come to an end for all of its electric vehicles and its other product line, except for a single one. 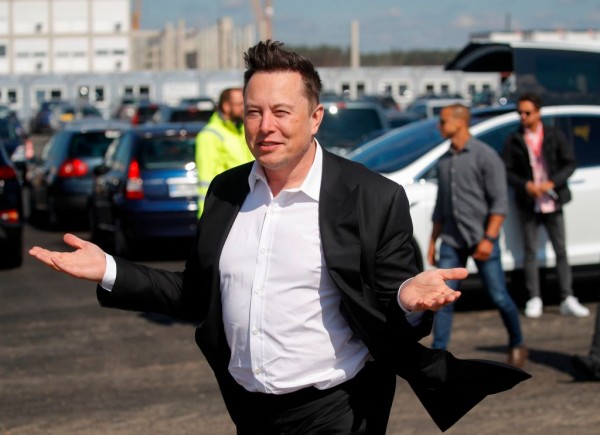 (Photo : by ODD ANDERSEN/AFP via Getty Images)
Tesla CEO Elon Musk gestures as he arrives to visit the construction site of the future US electric car giant Tesla, on September 03, 2020 in Gruenheide near Berlin. – Tesla builds a compound at the site in Gruenheide in Brandenburg for its first European “Gigafactory” near Berlin.

As per Electrek, the end of the current referral program is expected to open a new door for a revamped version of the program, at least in the coming future.

The referral program of the electric vehicle giant has been existing since 2015.

The program not only gives prizes to the existing owners of the products of the tech giant, but it also helps the EV company to meet additional customers without any marketing or advertising campaigns.

Tesla initially sought to transform its vehicle owners to be their own sales force by providing them a cool $2,000 referral fee for every car sold through the program.

Back on July 30, 2015, the CEO of Tesla, Elon Musk, said that the $2,000 worth that his EV giant is losing will not be put to waste. The billionaire expects that the referral program to further help his firm to grow its retail network to a massive scale.

The Tesla exec went on to say that, “If we can amplify word of mouth, then we don’t need to open as many new stores in the future.”

It is worth noting that the Tesla referral program was initially launched as an experiment that is meant to last for a mere three months only.

Obviously, it went beyond the initial timeline.

In addition, the referral program gives both the existing owner and the new buyer an award depending on the Tesla product.

It is to note that the prizes of the program have been varying since it was first unveiled.

There was even a time that Tesla was generous enough to give away a brand new Roadster to the referrers. A total of 80 Roadsters were given away via the program, according to Inverse.

Last January 2019, Musk already hinted that his EV giant is already ending its referral program, but it did not push through. Instead, Tesla lessened their awards to mere free Supercharging miles for both the buyer and the existing owner.

Read Also: Elon Musk Agrees Tesla is ‘The Most American Car Out There’-Fans Want Production to Happen in the US

Now, Tesla’s referral program website said that the program will be ending for all of the products of the EV giant, including its vehicles and solar panels.

“As of September 18, 2021, vehicle products, and solar panels are no longer eligible for Referral awards,” the Tesla webpage wrote, notifying its owners.

However, there is still a single product line of Tesla that will still have the referral program–the Solar Roof.

Not just that, the Solar Roof award is now at $500 per activation under the program. This could be a great incentive for people under the program to transition to a cleaner and greener energy.