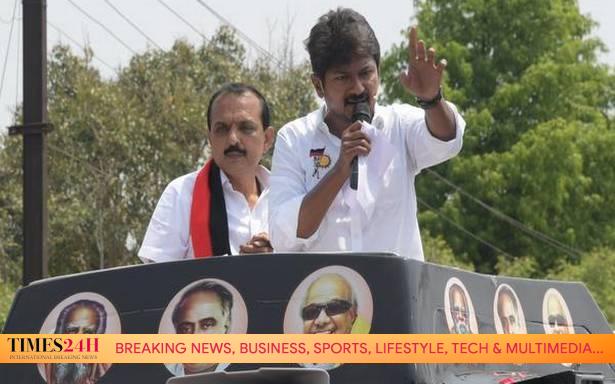 Responding to the searches by the Income Tax Department at the residence of V. Sabareesan, son-in-law of DMK president M.K. Stalin, the DMK youth wing leader Udhayanidhi Stalin on Friday challenged the sleuths to search his residence at Chennai.

He was campaigning at Madathukulam in Tiruppur district for the DMK front’s candidates for Madathukulam and Udumalpet Assembly constituencies namely R. Jayaramakrishnan (DMK) and K. Thennarasu (Congress) respectively.

“Here is my address: No. 25/9, Cenotaph Road, Chittaranjan Salai, Chennai. If you (I-T Department) have the courage, visit my house. Whatever is there, I will show you,” he said. “Not just me, even the DMK’s area secretary will not fear these I-T raids,” Mr. Udhayanidhi asserted.

Responding to the charges of dynastic politics made by Union Home Minister Amit Shah during his election campaign in the State on Thursday, he claimed that the total income of Jay Shah, the son of Mr. Shah, has allegedly increased by ‘15,000%’ since the BJP came to power in the Centre.