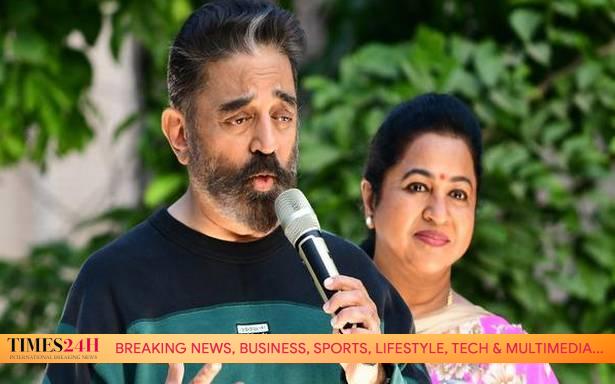 MNM president said he wondered what impact outstation campaigners would have on voters when UP CM campaigned in Coimbatore.

Makkal Needhi Maiam (MNM) president and Coimbatore South Assembly constituency candidate Kamal Haasan continued to battle on the last day of campaigning on Sunday the “outsider” tag that candidates contesting against him had been levelling.

Contending that MNM was the first party from the State to have filed a case in the Supreme Court against the Citizenship Amendment Act (CAA), Mr. Haasan said solutions for problems would have to be fought the right-way using the legal mechanisms. Violence was not a solution.

Assuring the voters at Kotaimedu that he would stand with them, the MNM president said he wondered what impact outstation campaigners would have on voters when Uttar Pradesh Chief Minister campaigned in Coimbatore.

“I also wondered what is the language he would use to reach out to voters. It was because they did not have this understanding, that they flung stones,” he said. To those charging him with exaggerating the stone-throwing incident, he would like to say that even a bullet was small, and it was those small bullets that killed protesters in Thoothukudi.

Ms. Raadhika claimed the source of all corruption could be traced to Gopalapuram [former Chief Minister M Karunanidhi’s house] as she had been closely associated with those who lived there. The MNM campaign, unlike others, was decent and honest and the parties in alliance took pride in conducting a decent campaign, she said.