The Steam Golden Week sale is now live, and if you’re an avid fan of Japanese-made games, you’re in for an absolute treat!

PCGamer states that the sale, which marks the start of Golden Week in Japan, will continue until May 5th. It will cover multiple Japanese holidays such as Showa Day on the first, Constitution Memorial Day on May 3rd, Greenery Day on May 4th, and Children’s Day at the end.

Thousands of games made by Japanese studios would have their prices slashed so big, you’d think a katana went through them (pardon the hyperbole, but you get the point). Steam isn’t pulling its punches on a lot of these deals, which feature big AAA releases and indie titles alike.

What Games Should You Absolutely Check Out?

Here’s one big game you shouldn’t miss: Death Stranding. Released back in November 2019, Hideo Kojima’s latest creation is a very, very well-reviewed title according to its Steam page. Now at a massive 60% off, this open-world, frankly weird adventure was one of the most anticipated games of last generation that’s also coming to next-gen. 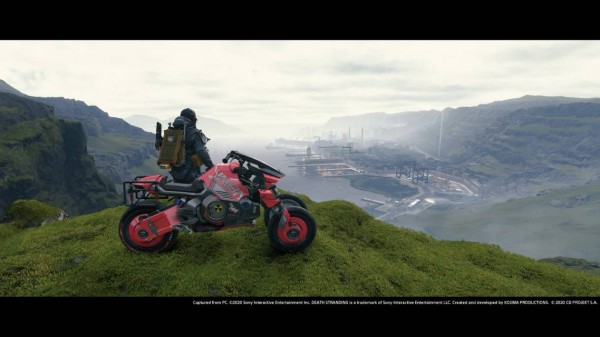 RockPaperShotgun called Death Stranding’s open world “stunning,” with its blend of refreshing gameplay mechanics, a gripping (though at times, confusing) story, and stellar cast of characters (Norman Reedus? Mads Mikkelsen? Guillermo del Toro? Duh). Now that it’s on sale, you must check it out and see what the fuss is about.

NieR fans who just finished playing Replicant (despite its few “issues”) can also get NieR:Automata at 50% off on its official Steam page. Don’t worry about playing this game if you think it’s an older release, because Automata technically is the sequel if you’re going chronologically. Despite recent reviews being mixed, Automata has always been praised for its combat and refreshing take on the overarching NieR story.

A Bevy of Satisfying Punches and Kicks

Dragon Ball FighterZ and Tekken 7 are two of the best ones in this category that everybody should give a try. FighterZ was the first “truly good” Dragon Ball fighting game in years, according to critics, offering a wide array of classic and new DB characters to beat enemies senseless with. Want to see what happens if Jiren battles Lord Beerus? Or would you like to pit SSJ4 Gogeta against SSJB Gogeta? The choice is yours. Tekken 7, on the other hand, was one of the best-reviewed releases back in 2017, with reviewers considering it one of the best fighting games of all time. Both games are on insane price cuts: 85% off. Right now, there’s no better deal than that, so grab it before it’s gone!

Obviously, there are more deals out there, so head on to the Steam store and check out what you can get.

A Change of Heart

The Steam Golden Week sale is testament to a change of heart that gripped Japanese game developers in recent years. Before, they preferred making games for consoles and just simply didn’t want to be bothered working on PC titles. Now, it’s a whole new world out there with a great lineup of Japanese-made games providing new experiences for gamers of all ages.

Related: Valve “Quietly” Releases Steam Client On MacOS-What Are The Requirements Before Running It?