As part of a significant effort to move beyond consoles, Sony has established a specialized PlayStation division for mobile gaming.

On Monday, the Japanese gaming giant unveiled the PlayStation Studios Mobile Division, claiming it will operate independently of the console market, as first reported by CNBC.

Savage Game Studios, a mobile games company with offices in Helsinki and Berlin, was also bought by Sony. 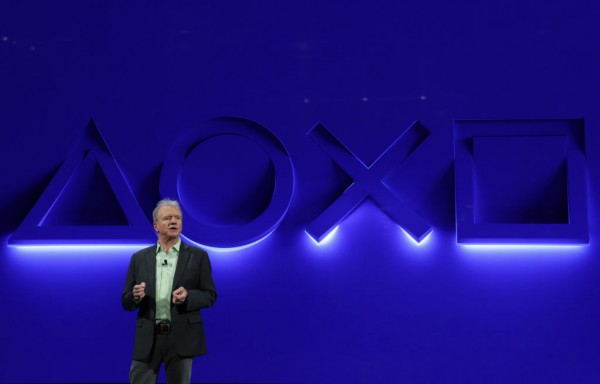 (Photo: Alex Wong/Getty Images)
LAS VEGAS, NEVADA – JANUARY 04: President and CEO of Sony’s PlayStation division Jim Ryan speaks during a Sony media event for CES 2022 at the Mandalay Bay Convention Center on January 4, 2022 in Las Vegas, Nevada. CES, the world’s largest annual consumer technology trade show, will be held in person from January 5 to 7, with some companies deciding to attend virtually alone or cancel altogether due to concerns over the recent surge in cases of the ommicron variant of Covid- 19

The decision came after a challenging second quarter for Sony’s gaming sector and the company’s revision of its full-year earnings forecast as the Covid-induced wave that led to more people playing games at home began to ease.

CNBC noted that Sony’s supply chain is still struggling and unable to match demand for its latest PlayStation 5 console.

The Japanese gaming powerhouse announced this year that it will release about 50% of its games on PC and mobile by 2025, up from the current quarter.

With the acquisition of Savage Game Studios, Sony has continued its recent wave of acquisitions to accelerate game creation across platforms.

“PlayStation Studios must continue to expand and diversify our offering beyond the console, bringing incredible new games to more people than ever before,” Hermen Hulst, head of PlayStation Studios, said in a statement.

“The acquisition of Savage Game Studios’ talented team is another strategic step toward that goal.”

According to Sony, Savage Game Studios is developing a new untitled AAA mobile live service action game. It’s worth noting that a triple “A” game is usually referred to as a blockbuster-style title.

Also read: Sony’s PlayStation 5 consoles have become more expensive due to inflation; Is there a price increase in the US?

Daniel Ahmad, the senior analyst at Niko Partners, told CNBC that there is a market for well-known games on smaller screens if done correctly. He cites the success of Call of Duty Mobile and Diablo Immortal on mobile, both of which were initially intended for console and PC.

Sony is now the most recent console manufacturer to enter the mobile gaming space, according to CNBC. Microsoft’s Xbox gaming division has also started making tentative advances on mobile. Over the past three years, Nintendo has also put a lot of effort into the smaller screen game format.

In the global market, Sony will face competition from companies it hadn’t yet faced, including Chinese companies Tencent and NetEase, two of the biggest names in mobile gaming.

Related article: Playstation for PC? Sony is reportedly working on a new game launcher for the experience